Is Coven of Sisters Based on a True Story? 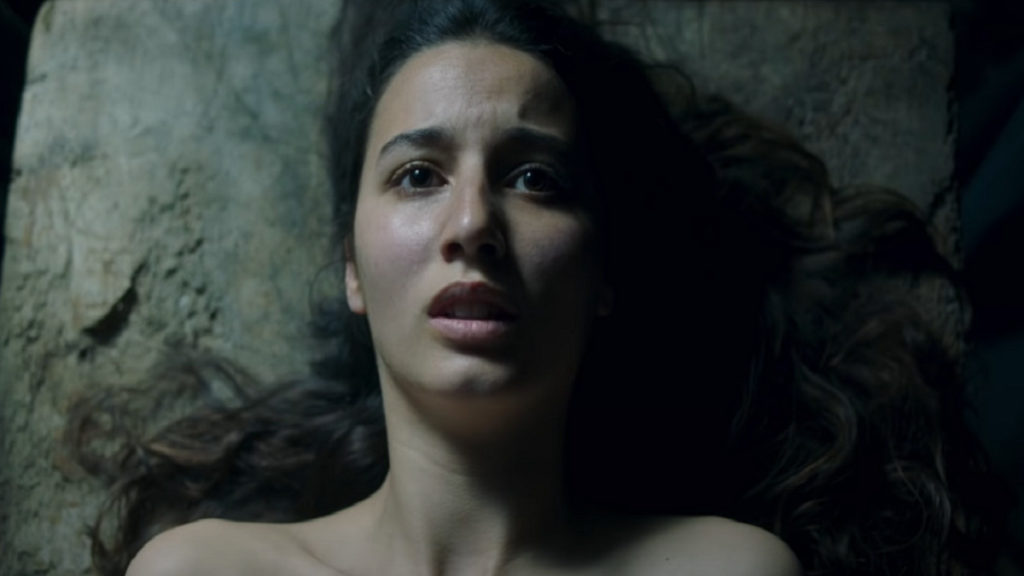 ‘Coven of Sisters’ is an understated drama that seeks to explore a dark passage in the history of the Spanish Inquisition. The film revolves around six sisters who become imprisoned by a paranoid authority attempting to obliterate non-Christian beliefs and practices from the region. When the sisters are accused of taking part in the “Witches’ Sabbath”, they attempt to construe a fabricated account of the ritual for the judges.

Led by a talented cast and directed with the utmost care and precision, ‘Coven of Sisters’ is an absorbing portrayal of a witch hunt brought upon the common folks of the northern Spanish countryside by the king. The events of the film are situated in the provincial Basque Country of Spain, a region laden with cultural intrigue to this day. Even though the story of ‘Coven of Sisters’ seems to be rooted in indigenous belief and culture, is the film truly grafted in history? Let us find out.

Is Coven of Sisters Based on a True Story?

‘Coven of Sisters’ is partially based on a true story. The screenplay has been penned by Pablo Agüero and Katell Guillou, and as per sources, the plot was inspired by the very real Pierre de Lancre, a French judge from Bordeaux whose actions culminated in a massive witchhunt in Labourd in 1609. Just a year before this, he was commissioned by Henry IV to investigate witchcraft in the Basque territories of France. 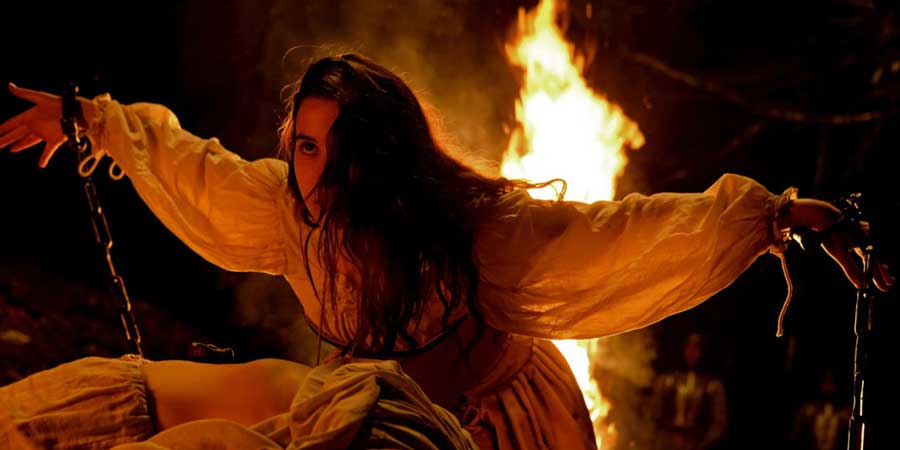 In fact, it was a conflict between the Lord of Urtubi and a group of people that accused the former (and his acquaintances) of being witches that kickstarted the ordeal. Eventually, the French authorities sought aid from the area’s judge, who happened to be Pierre de Lancre, a man with a staunch belief that Basque locals were “ignorant, superstitious, proud, and irreligious.” (It seems as though the root cause for the judge’s train of thought stemmed from familial issues). In the three books that he published, he spoke extensively and negatively about the Witches’ Sabbath, lycanthropy, and sexual relationships.

Hence, it would not surprise you that the aforementioned conflict initiated a chain of events that led to the burning of 70 people in a year, including priests. According to some sources, Pierre de Lancre even boasted about having sent 600 people to their deaths. Despite all this, the judge apparently wanted to continue cleansing the land of “witches,” which he adjudged were still in the thousands. Eventually, though, he was dismissed by the Parlement of Bordeaux, and he died in 1631. This annal of history has been transcribed in the book, ‘Tratado de Brujería Vasca: Descripción de la Inconstancia de los Malos Ángeles o Demonios’ (‘Treaty of Basque Witchcraft: Description of the Inconstancy of Evil Angels or Demons).

Coming back to the film, which is a bewitching experience of its own accord, the plot also sheds light on what was possibly the largest witch trial in the history of Europe. As we all know, the aim of the Spanish Inquisition, set up by the monarchs Ferdinand II of Aragon and Isabella I of Castile, was to purify the lands and ensure religious orthodoxy as well. Eventually, the tribunal made its way to the Spanish countryside of Basque, and it is said that the persecution was, in part, stimulated by the activities of Pierre de Lancre. This culminated in an infamous witch hunt of considerable grandeur.

Between the years of 1609 and 1614, more than 7,000 commoners suspected of committing Satanism and heresy were persecuted. According to historians, 6 were burned at stake and 5 more died in prison, whose effigies were then symbolically set ablaze. Almost 2,000 “confessions” were taken from people, who stated that torture coerced them into signing it. Only six apparently maintained their confessions of performing Sabbaths.

Consequently, we can imagine the six sisters in the place of those six who were burned alive. It could be that the film is perhaps an exploration of an alternate reality where the girls are endowed with poetic justice in the end. However, it is imperative to note that the directors have tried to add a feminist aspect to the film by bringing the gender divide to the fore, especially since women were predominantly targetted during the Inquisition. Having said that, many who were tried were also men and children.

It also seems that the character of Rostegui, too, could be rooted in history. While the name is in itself fictional, the character of the inquisitive and skeptic judge of the “witches’ trial” uncannily resembles the historical figure of Alonso de Salazar Frias. One of the inquisitors of the tribunal that presided over the hearings in the actual Basque trial and Navarre trial, Alonso has been given the title of “The Witches’ Advocate” by historians for his ambiguous role in the ordeal.

Alonso was convinced that witches are more rooted in dreams and illusions than in reality, and we see Rostegui speculating whether the rumors about witches are mere dreams in the opening sequence of the film. He gets willingly entranced in the nocturnal ritual performed by Ana and the sisters and openly expresses doubts about the existence of witches. Finally, ‘Coven of Sisters’ blends mythology and history to create a captivating period drama that interrogates heinous atrocities from an obscured past.

The Spanish name of the film is ‘Akelarre’, which is the Basque term for a male goat. Now synonymous with “Witches’ Sabbaths”, the dialectical word came to prominence in mainstream Spanish language shortly after the infamous witch trial in Basque. It was a commonly held belief that the demon, during such practices, presided over the Sabbath in the form of a goat. Plus, these pagan rites often involved singing, dancing, and feasting, as is depicted in the film. Evidently, despite being fictional, the narrative uses tragic, historical events to breathe new life into itself.