Is Cree Summer Married? Who is Her Husband? Does She Have Kids? 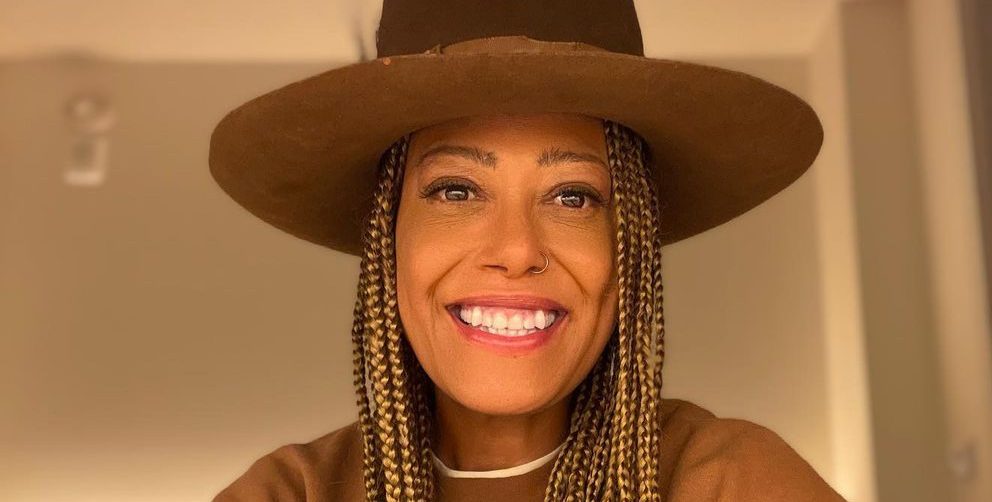 The voice behind some of the most iconic characters of animated television, Cree Summer Francks is a veteran of the entertainment industry. She is also an established actress and singer who was part of a band in her early 20s. As an actress, Cree is widely known for essaying the vibrant character of Winifred “Freddie” Brooks in ‘A Different World.’ At just 14 years of age, she began her voice-acting career in 1983 with the animated science fiction comedy series ‘Inspector Gadget.’ Cree is best known for being the voice of Susie Carmichael in ‘Rugrats’ and the orange-headed Elmyra Duff in ‘Tiny Toon Adventures.’

Over the years, Cree has lent her voice to more than 100 animated characters in live-action as well as animated films and shows. Some of her notable credits include Aka Pella in ‘Histeria!,’ Miranda in ‘As Told by Ginger,’ Princess ‘Kida’ Kidagakash in ‘Atlantis: The Lost Empire’ Numbuh 5 in ‘Codename: Kids Next Door,’ Penelope in ‘Barbie as Rapunzel,’ Valerie Gray in ‘Danny Phantom,’ and Blackarachnia in ‘Transformers: Animated.’ She has also done voice acting for multiple video games and worked as an actor and staff writer in ‘Better Things.’ With such an incredible journey, fans of Cree must be curious to know more about her, and we’ve covered just that!

Born on July 7, 1969, in Los Angeles, California, Cree Summer was brought up in a close-knit household in Red Pheasant Reserve in Saskatchewan. As a child, she and her family also resided in British Columbia and eventually in Toronto. She is the daughter of Don Francks and Lili Clark. While her mother is an adopted member of the Plains Cree First Nations with African-American origins, Cree’s father was a famous Canadian musician and actor. She also has a younger brother named Rainbow Sun Francks, an actor and former Video Jockey.

Cree’s fashion is admittedly inspired by her mother, who wore fascinating hats and flowy dresses, which Cree admires. Cree lovingly calls her mother “hellcat” and keeps several things, clothes and shoes that belonged to her mother. She was also very close to her father, who introduced her to the voice acting world as a child. In a conversation with StyleLikeU in May 2022, Cree described herself as a “daddy’s girl.” Cree added, “I loved my daddy, he was the shining star of my life. We didn’t call him “Iron Buffalo” for nothing. He was my iron daddy and meant something to me.”

Cree Summer married filmmaker and photographer Angelo Pullen sometime in the late 2000s or early 2010s. In the same interview with StyleLikeU, the actress shared how she and Angelo were destined to meet because he suddenly moved to her neighborhood, and they eventually fell in love. She added that the timing of it all couldn’t have been more perfect as she felt ready to start a family and have kids.

However, after spending almost a decade together, the couple called it quits sometime in 2019. In the interview, Cree said, “When that relationship ended, I became a single mother. Boy, greatest fear of my life.” Although they never officially declared their divorce, Cree mentioned being “single” on her Instagram account in 2020. She, however, did not give any reason for their separation and only admitted that she felt liberated doing things on her own.

At the age of 29, Cree Summer gave birth to a boy named Miles Franklin Summer-Pullens on April 21, 1998, when she was in a band. She had him from a previous relationship; Miles was later adopted by Angelo Pullens, who treated him with immense love and care. When Cree felt ready to settle down with Angelo, the pair had her first daughter Brave Littlewing Pullens in March 2011 and welcomed another daughter, Hero Peregrine Pullens, in January 2013.

After her separation from Angelo, Cree talked about how afraid she was at the beginning about raising her daughters on her own as she was herself so dependent on her father growing up. However, she later realized that the situation was better for her as she became independent and responsible for her daughters. Now, Cree lives happily with her two young daughters, whom she lovingly calls her “savages,” who get to see every side of her and appreciate her in all aspects. They enjoy random dance routines together and are also into music — like mother like daughter!