Is Daniel Day-Lewis the Greatest Actor of All Time? 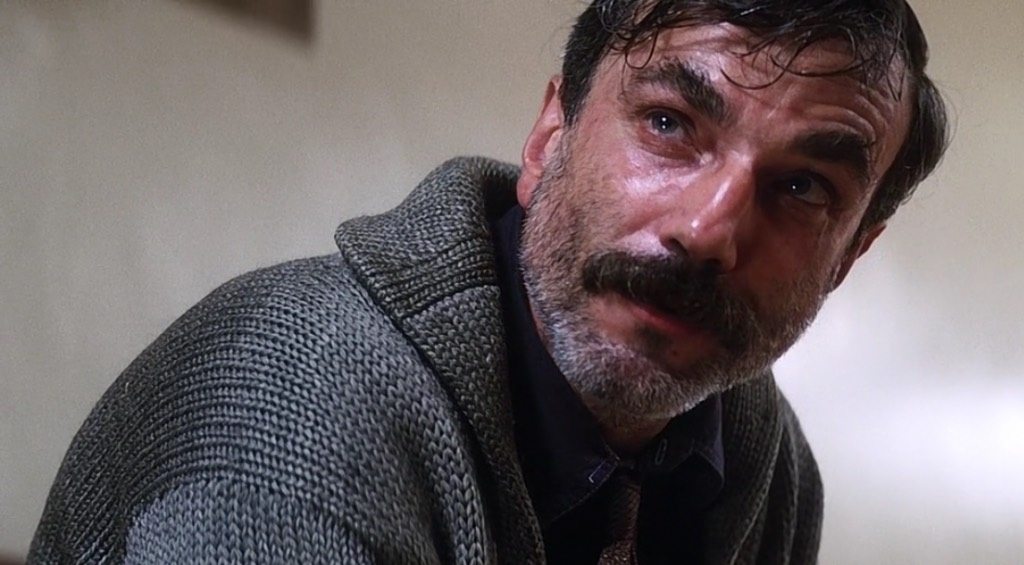 “There are two kinds of actors in the world: – Daniel Day-Lewis and the rest” – a quote which became a routine after he claimed his 3rd Oscar for Best Actor in a Leading Role. It’s an Oscar feat, which no other actor has accomplished till date (one actress has, though). Hence, statistically speaking, yes, Daniel Day-Lewis is the greatest actor of all time. But, is he just about statistics ? The answer is a straight ‘No’. Those who have closely observed him as an actor would definitely agree that Day-Lewis is more than just numbers.

When the name ‘Daniel Day-Lewis’ pops up, “hermit”, “bizarre”, “diligent” and “brilliant” are the adjectives which first comes to mind. “Hermit” as he likes to keep his privacy. Rarely does he attend interviews to discuss about his personal life. “Bizarre” as he takes his method acting skills to an insane level. He remains in character both on and off set till the entire duration of the shooting schedule. “Diligent” as he likes to keep himself busy. When not filming, he would be either fishing or making furniture in the hills of Northern Ireland. “Brilliant” as he is a perfectionist when it comes to acting. His mannerisms, diction and accent make him a treat to watch. He is one of those guys who can stand out even in a miserable movie.

Below are the five scenes from his five great performances. These depict his versatility when it comes to choosing roles, his absurd method acting skills, the mannerisms which he brings into the character, his speech and his complete immersion into the role.

This movie brought Day-Lewis’s method madness into limelight. Portraying Christy Brown, a man with cerebral palsy who can only move his left foot, Day-Lewis remained in character throughout the shooting. He remained confined to his wheelchair and was lifted from one place to another by his fellow crew members. He was even fed by them which annoyed everyone on set. Prior to shooting, he spent his time learning to paint with his left foot and visiting a cerebral palsy clinic in Dublin for two months. Eventually, Day-Lewis did have the last laugh as he bagged his first Academy Award for portraying Christy Brown.

He collaborated for the second time with Jim Sheridan after the success of ‘My Left Foot’. He portrayed Gerry Conlon in this movie, a guy who is wrongfully convicted to life imprisonment for his involvement in 1974 Guildford pub bombings. Day-Lewis lost 50 pounds for this role. He prepared himself for an interrogation scene by spending two days and nights in a prison cell without food or water. Day-Lewis refused to sleep by asking his crew members to throw water on him. He even asked them to verbally abuse him for a realistic IRA prisoner experience. Day-Lewis received an Oscar nomination for his portrayal of Gerry Conlon.

Daniel Day-Lewis took a break of five years before appearing in this historical drama directed by Martin Scorsese. The movie had an ensemble cast consisting of Daniel Day-Lewis, Leonardo Di Caprio, Liam Neeson and Cameron Diaz. Day-Lewis played the character of Bill “the Butcher” Cutting, a political kingpin who kills Di Caprio’s father (Liam Neeson) early on in the movie. Years later Di Caprio returns to avenge the death of his father. For his role as Bill Cutting, Day-Lewis took up lessons on wielding a cleaver. He spent his time between takes by sharpening knives and working on his New York accent. Day-Lewis was so deeply into the role that he caught pneumonia for refusing to wear a warm jacket as it didn’t comply with the period. He went on to receive an Oscar nomination for portraying Bill Cutting.

Daniel Day-Lewis as Daniel Plainview, a cold-blooded oilman in pursuit of wealth, gave arguably the finest performance of the last decade. For his role as an oilman he learned how to use a real oil mining gear. He created the voice for his character by listening to the recordings of John Huston. Kel O’ Neill, who was initially cast as a supporting actor, backed out of the film due to Day-Lewis’ intense methodical acting and the role finally went to Paul Dano. In the famous “milkshake” scene from the movie, Day-Lewis throws real bowling balls at Paul Dano. In an interview Dano explains the scene as: “The balls start flying, and I realize Day-Lewis is getting into it. Then a ball bounces up and hits me in the leg. And I am thinking, OK, those are heavy. This is getting serious. I better duck.” Sir Daniel Day Lewis went on to claim his second Oscar for portraying Daniel Plainview.

For his portrayal of Abraham Lincoln, United States’ 16th President, Day Lewis won his third Best Actor Oscar. His depiction of Abe Lincoln was hailed as near perfect by both fans and critics alike. In order to remain in character off-set he insisted everyone to call him as “Mr. President”.  He even prohibited his cast members from speaking to him in their own English accents. Day Lewis spent one year prior to shooting by reading books on Abraham Lincoln. He said of developing his Lincoln voice, “I began to hear a voice that, as I grew closer to the man, that seemed to give me the full expression of his character.”

Though, he is often compared with the likes of Laurence Olivier and Marlon Brando as one of the greatest actors of all-time, there is something which elevates him above the rest for there has been no one who is as insanely committed as Day-Lewis when it comes to acting. His dedication to the craft is second to none and as Day-Lewis puts in his own words: “A film begins even before the camera starts rolling.”

Read More: The 50 Greatest Movie Performances of the 21st Century