Is Death of Me Based on a True Story?

‘Death of Me’ is an indie horror-thriller film by Darren Lynn Bousman, developed from a screenplay by David Tish, James Morley III, and Ari Margolis. It stars Maggie Q and Luke Hemsworth as a married couple whose idyllic Thai vacation turns into a living nightmare as a series of mind-bending events leaves them confused, horrified, and scared for their very lives. Wondering if the plot of ‘Death of Me’ is inspired by reality? Let’s find out.

Is Death of Me Based on a True Story?

No, ‘Death of Me’ is not based on a true story. The makers of the film have never claimed that the events shown in the movie are based on any real-life incident either. When Neil and Christine wake up on the morning of their return flight, covered in dirt and unable to recall the previous night’s events, they find that their passports are missing. Stranded on a tiny island off the coast of Thailand for one more day, the couple attempts to piece together what exactly happened the night before. 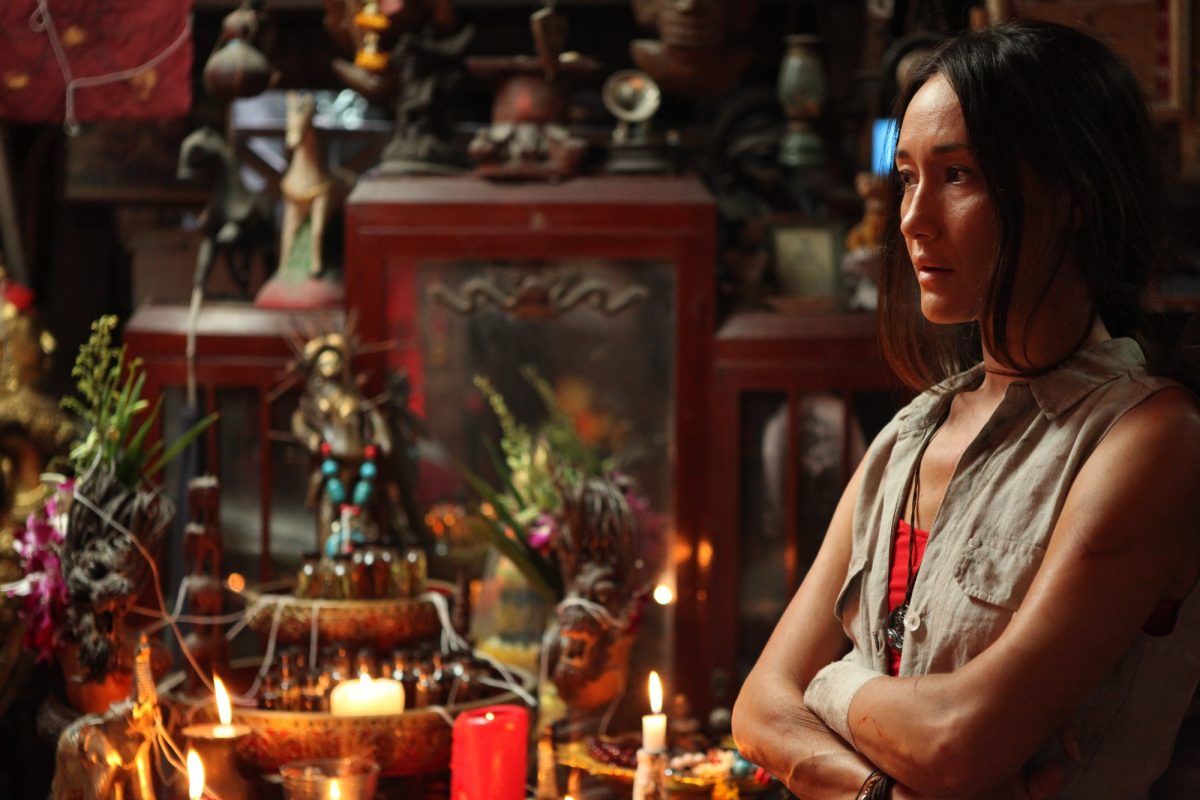 When they find a shocking video recording on Neil’s camera, they are alarmed and spooked to no end. The video shows Neil brutally murdering Christine and burying her. As Neil tries to win back his wife’s trust and the two try to make sense of the weird video, they start noticing the strange behavior of the local islanders, who seem to be celebrating some obscure pagan festival. With a massive storm brewing in the region, it becomes next to impossible for Neil and Christine to leave the island, even as sinister happenings threaten to overwhelm them.

Having established that, let us also tell you what we discovered while researching this piece. In ‘Death of Me,’ Christine is marked as a “voluntary” human sacrifice to keep the island safe from hurricanes and typhoons. Neil is put under mind control and is made to kill his wife and bury her in the island’s earth. The amulet that Maddie puts on Christine for good luck does not let her die and keeps her on a supernatural plane of existence where spirits can prepare her for the ritual sacrifice.

Now all of this may sound like outrageously tall tales to you, but our research shows that spirit worship and a deep belief in the supernatural is rampant in Thailand. In fact, Thai folklore is full of supernatural references. It is rumored that in Thai history, people (and in a few instances, pregnant women) were sacrificed and buried under the town’s city pillar so that their spirits would serve as the ferociously protective guardians of the city. And it’s not just in Thailand either. Reportedly, human sacrifice by cults is a world-wide phenomenon and still happens in modern times, as per a report by The Mirror. While ‘Death of Me’ may not be based on a true story, it is somewhat rooted in frightening reality.