Is Demon Slayer Season 2 on Netflix, Hulu, Prime, or Crunchyroll? 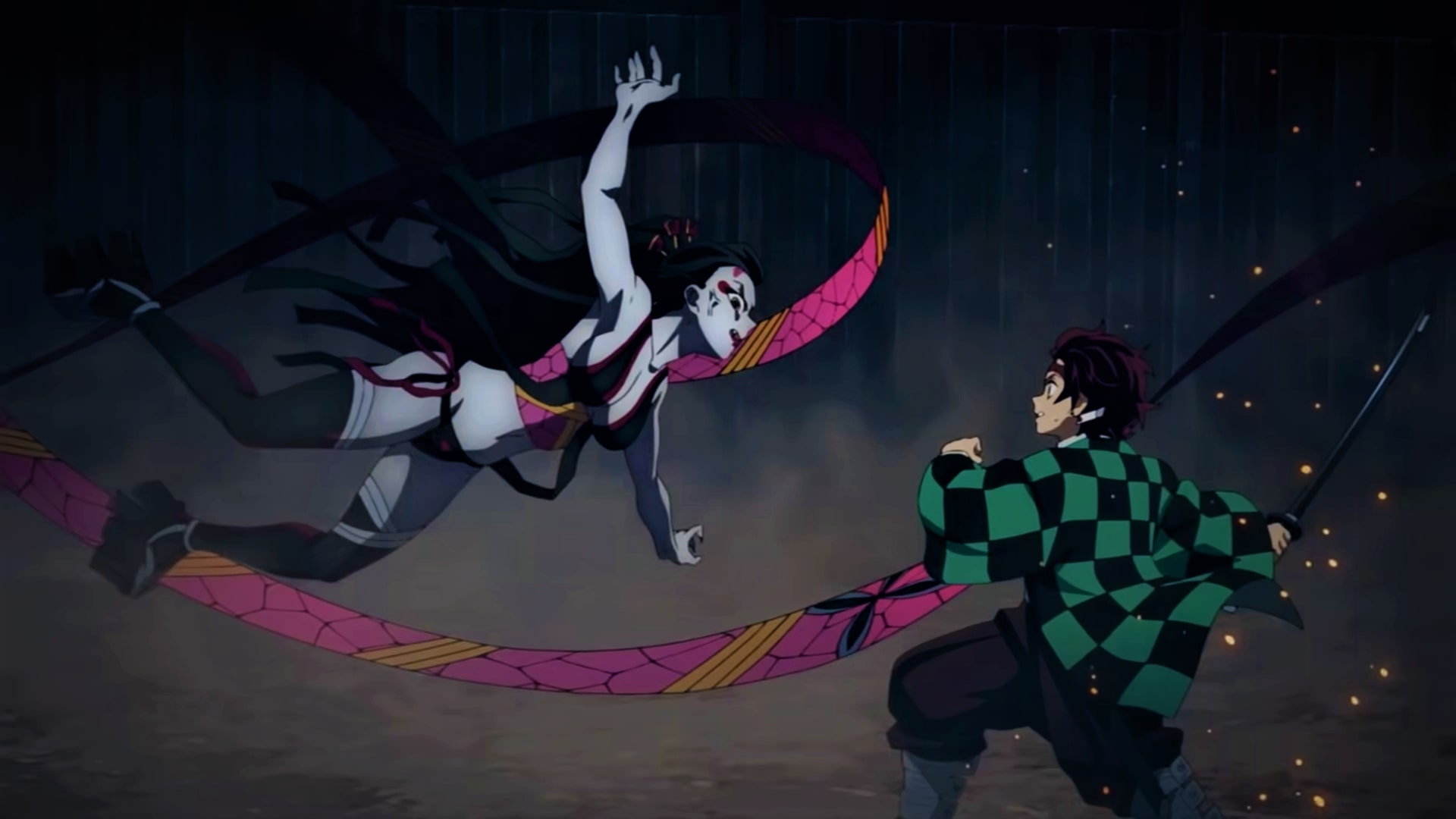 Based on Koyoharu Gotouge’s wildly popular manga series, ‘Demon Slayer: Kimetsu No Yaiba’ is an action-adventure dark fantasy anime that recounts a story of revenge, self-discovery, and friendship. The show centers upon a hard-working young adult named Tanjirou Kamado, who takes the responsibility of his family on his shoulders after the untimely death of his father. Unfortunately, when he is unable to make it back to his house on time, his family is brutally slaughtered while the only surviving member, his sister Nezuko, is turned into a demon.

Tanjirou, who is kind and compassionate, could not bring himself to forgive the person responsible for the countless deaths and vows to take revenge and turn Nezuko into a human being. The drama that follows has garnered fans from all over the world, and the show is now in its second season. If you are eager to watch Demon Slayer season 2 Entertainment District Arc, then you have come to the right place. Here’s everything you need to know.

What is Demon Slayer Season 2 Entertainment District Arc About?

In the Mugen train arc, Tanjirou and his friends assist the Flame Hashira Rengoku in his investigation into the mysterious disappearance of countless passengers on the locomotive. They not only figure out that the demon Enmu is responsible for it, but they together manage to kill him. Unfortunately, they are caught off guard by the arrival of Akaza, who kills Rengoku before disappearing into the forest.

In the Entertainment District Arc, after the unfortunate death of the Flame Hashira, Tanjirou and his friends will pay his family a visit and give them their last message. Later, when they return to the Butterfly mansion, the Demon Slayers will be assigned a new mission. They will be asked to help Sound Hashira, Tengen, to find his missing wives who had gone to Yoshiwara to look for demons within the district.

Netflix’s current offerings do not include dark fantasy anime in its catalog. People who wish to watch the series will have to look for it on other platforms. We recommend our readers alternatively stream other dark fantasy shows like ‘Castlevania‘ or ‘AJIN: Demi-Human.’

‘Demon Slayer: Kimetsu no Yaiba’ season 2 entertainment District arc is accessible for streaming on Hulu. If you have a subscription to the platform, then you can head here to watch all the episodes with Original Japanese audio and English subtitles.

No, the latest installment of ‘Demon Slayer: Kimetsu no Yaiba’ is unavailable on Amazon Prime. We recommend our readers alternatively watch ‘Dororo.’

Crunchyroll subscribers who were eagerly waiting for ‘Demon Slayer: Kimetsu no Yaiba’ season 2 Entertainment District Arc can rejoice. The show is available for streaming on the platform, and you can watch the latest episodes here.

Apart from Crunchyroll, the action-adventure dark fantasy anime is also accessible on VRV. You can also watch the Entertainment District Arc of the popular show on Funimation. Fans from Scandinavian countries can watch the ‘Demon Slayer: Kimetsu no Yaiba’ season 2 on Wakanim. The series will also be reportedly accessible on Bilibili, WeTV, iQIYI, and Viu in certain Asian countries.

Crunchyroll, Wakanim, and Funimation come with a 14-day free trial, while Hulu and VRV give first-time subscribers a 30-day period to test their services. So, if you wish to watch the show free of cost, then you can use any of the aforementioned offers. However, we encourage our readers to always pay for the content they wish to consume online.