Is Denise Coughlin Based on a Real Constumer Designer? Where is She Now? 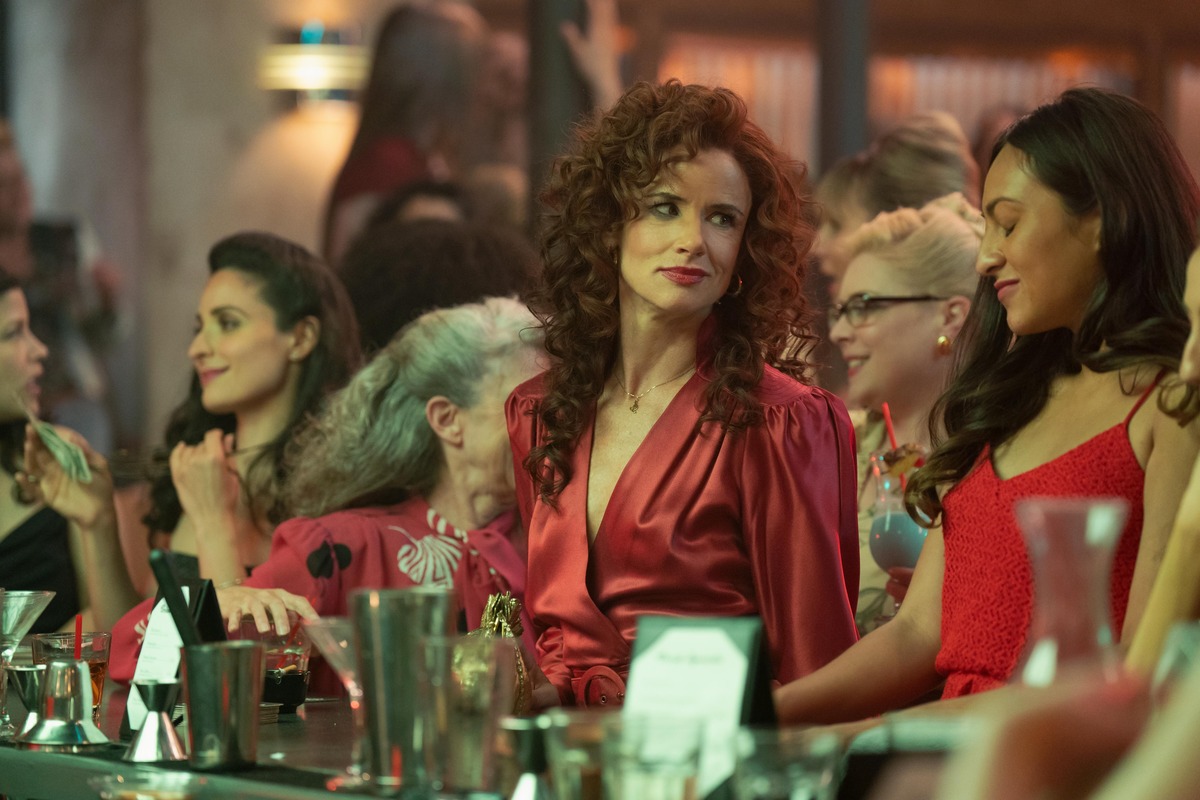 With Hulu’s eight-part original ‘Welcome to Chippendales’ living up to its title, we get a true insight into the twisted history of the titular all-male exotic dance ensemble from every conceivable angle. In other words, whether it be the way an Indian immigrant became the unlikely founder of this entertainment revue or the ensuing role of sex, greed, drugs, and murder, this miniseries covers it all. Yet, for now, if you only wish to learn more about Denise Coughlin (‘Yellowjackets’ star Juliette Lewis) — in particular, the origin of her character — we’ve got the details for you.

Is Denise Coughlin Based on a Real Person?

From what we can tell, no; receptionist turned “vision facilitator” and “costume designer” Denise Coughlin is not entirely inspired by a single individual who was an early element of the Chippendales. Some might assume so, considering how the Hulu production is inspired by the 2014 book ‘Deadly Dance: The Chippendales Murders,’ which in itself charts the club’s real past, but that’s not true. However, we do believe several aspects of what makes Denise who she really is have been borrowed from Candace Mayeron — the strip show’s Associate Producer from the early 1980s to 1987.

After all, not only did Candace essentially waltz her way behind the scenes into the Chippendales, but she and Creative Director-choreographer Nicholas “Nick” De Noia also gradually grew quite close. She had actually come across the establishment for the first time while it was still a disco backgammon club as she was a passionate competitor yet continued showing up even once it had evolved. Then, at one show, Candace decided to ask an on-duty server about the person behind the incredible extravaganza, and they pointed directly toward Nick, which is how their link came to be.

“Our relationship evolved organically,” Candace once expressed. “I started helping Nick shoot the Chippendales calendar and handle merchandising. One of my jobs was to hire and train the hosts and waiters. I recruited at bodybuilding shows but quickly discovered that all I had to do was walk outside…, where guys were lining up, waiting to be discovered… By the time Chippendales expanded to New York, I was pretty much at the club every night.” As if that’s not enough, she was one of the only women employees at the joint during the initial stages and often on tour, quite like Denise.

As an Assistant Producer, Candace was responsible for the entire troupe, and they thankfully listened to and respected her despite the fact she was just a few years older than most of them. The fact she didn’t place any rules on them while on the road — except for not messing around with minors as well as not getting a haircut without her permission — also helped their overall environment. Moreover, the dancers protected her, especially following Nick De Noia’s murder in April 1987, since they had an inkling founder Steve Banerjee could’ve been involved, only for her to leave in October.

Where is Candace Mayeron Today?

Even though Candace Mayeron parted ways with the Chippendales back in 1987, she didn’t leave behind the entertainment industry — in fact, she is still a part of it as a private Project Consultant. The continued Backgammon competitor actually resides in Los Angeles, where she serves as the Vice President of Him & Her Productions, a position she has held for over 14 years.

Furthermore, Candace is the Tournament Producer of Gammon Associates West. In 2021, she was even honored with the Lifetime Achievement Award from the Backgammon Federation for her unwavering tournament organizing. Candace honestly appears to be perfectly content with where she stands today, which is all that matters.