Is Dune on Netflix, Hulu, Prime, or HBO Max? 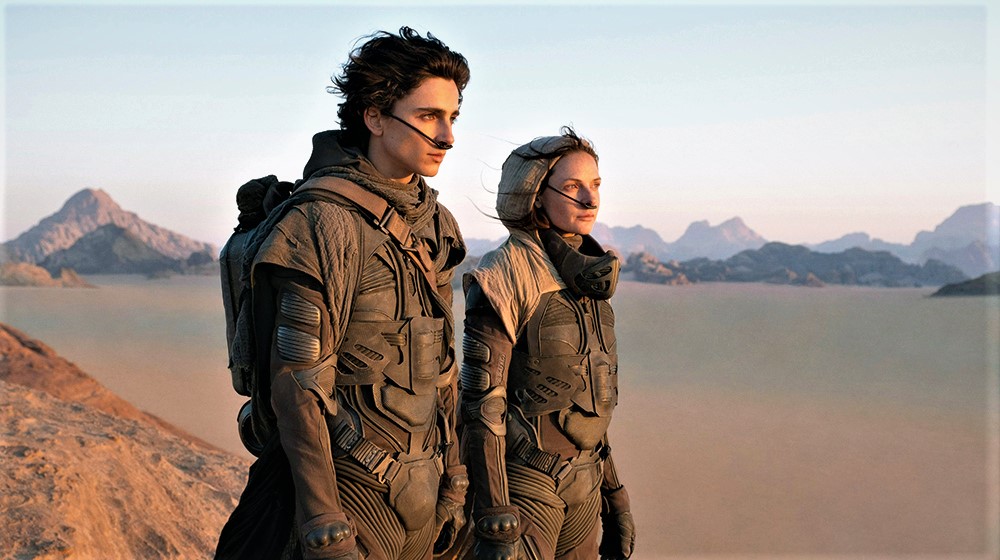 Featuring a star-studded cast that includes Timothée Chalamet, Rebecca Ferguson, Oscar Isaac, Josh Brolin, Dave Bautista, and Zendaya, ‘Dune’ is an epic science-fiction movie that centers upon the struggle for a rare resource in a feudal interstellar society. The movie follows the Atreides family that moves to the dangerous desert planet of Arrakis, which is the only source of an extremely rare substance called melange. When the family patriarch Duke Leto Atreides is betrayed for the possession of the rare drug, his loved ones are forced to fend for themselves in a ruthless world. If you love science-fiction films, then ‘Dune’ must be on your watchlist. Here’s everything you need to know about the exciting movie.

What is Dune About?

In the world of feudal interstellar societies divided and ruled by various noble houses, the Atreides, ruler the ocean planet Caladan and live a peaceful life mostly away from political conflicts. However, their world is turned upside down when the Emperor asks the family patriarch Duke Leto to relocate to the desert planet, Arrakis. Also known as the Dune, the dangerous planet has a rare drug called melange (a.k.a spice) that radically improves human cognitive abilities, extends human life, and helps in space navigation by providing foresight and multidimensional awareness. Its scarcity and immense usefulness make Arrakis a target of countless enemies who wish to keep the invaluable resource for themselves.

Although Leto is aware of the dangers, he still embarks on his perilous mission and takes spice mining operations under his control, accompanied by his concubine Lady Jessica, young son, and heir Paul. However, an unexpected betrayal soon changes everything and leads Paul and Lady Jessica to the natives of Arrakis. They begin to learn psychic abilities from them and are soon joined by the rest of their family. As they re-group, the Atreides family plans to take back Arrakis and take revenge for their betrayal.

Is Dune on Netflix?

Netflix subscribers will have to look for Timothée Chalamet-starrer on other platforms because it is not included in the streaming giant’s current offerings, and its highly unlikely that it will be accessible even in the near future. We recommend our readers alternatively watch other somewhat similar movies like ‘Black Mirror: Bandersnatch‘ or ‘The Midnight Sky.’

Is Dune on Hulu?

Hulu subscribers who wish to watch ‘Dune’ will have to get the HBO Max add-on which costs an additional $14.99/month. Then to access HBO Max exclusive content, all you have to do is sign in on the app using your Hulu login credentials. You can find more details about the HBO Max add-on here.

Is Dune on Amazon Prime?

‘Dune’ is currently not included in Amazon Prime’s catalog, and its also not available as on-demand content. Therefore, Prime subscribers can watch other science-fiction movies like ‘Archive‘ or ‘The Tomorrow War.’

Is Dune on HBO Max?

Where to Watch Dune Online?

Although Warner Bros. Pictures released the epic science fiction film internationally in theaters on September 15, 2021, ‘Dune’ is scheduled for premiere in the U.S on October 22, 2021. Cinephiles who love watching movies in cinema halls can book their tickets on Fandango.

The Denis Villeneuve directorial is currently not accessible on video-on-demand platforms, but after its theatrical run, ‘Dune’ may be accessible for rent/purchase on these websites. Therefore, we highly recommend checking Google Play, Microsoft Store, iTunes, Vudu, and Redbox in the coming months. If you live in France, then you can pre-order the movie for 13,99 € on iTunes.

How to Stream Dune for Free?

We encourage our readers to always watch their favorite shows and movies only after paying for them. But if you plan to stream ‘Dune’ for free, then there is a way that you may be able to do that. HBO Max add-on for Hulu comes with a 7-day free trial using which you can access exclusive content of the streamer, including ‘Dune.’