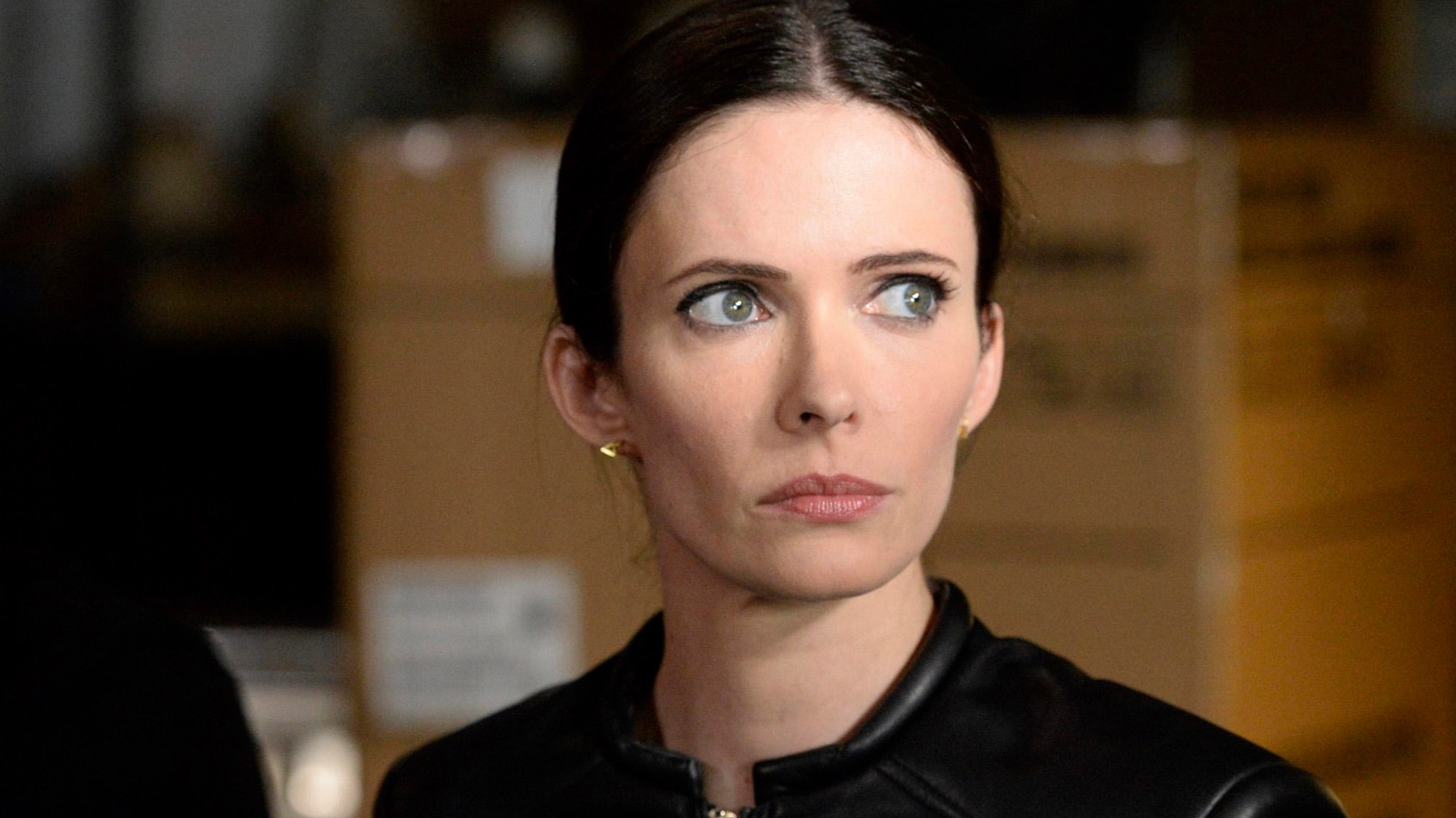 Elizabeth “Bitsie” Tulloch rose to fame after landing the main role in the six-part web series ‘Quarterlife’ in 2008. The California-born actress made her acting debut in 2001 by playing Bitsie in a mockumentary, ‘R2-D2: Beneath the Dome.’ The actor received a breakthrough for her performance as Juliette Silverton AKA Eve in NBC’s ‘Grimm’ much later in 2011. Her character won millions of hearts worldwide and helped her land an indispensable role in the Arrowverse universe.

After Tulloch’s fans adored her as Lois Lane in ‘Supergirl’ and ‘The Flash,’ and other Arrowverse crossovers, she bagged the opportunity to reprise her role in The CW’s superhero drama series, ‘Superman & Lois.’ Interestingly, she bagged the popular role by reading a serious ‘Superman II’ scene “joyfully.” Fans have long been intrigued to know more about her personal life. Well, we dig further into her life story, and here is everything we found out!

Elizabeth Tulloch and Her Husband: How Did They Meet?

In 2011, Elizabeth Tulloch not only became a household name but also came across the love of her life. She met actor David Giuntoli on the sets of ‘Caroline and Jackie’, which features David in a supporting role while Tulloch is the titular character, Caroline. However, the two met again while filming for ‘Grimm’ on which David portrays the lead role, Detective Nick Burkhardt.

The couple developed an instant connection after playing love-interests on NBC’s drama series. During the filming process, they really got to know each other and kick-started their relationship. But we can confirm all of this only in retrospect, as Tulloch and Giuntoli managed to keep their romance a secret for years. During a candid conversation in December 2014, she admitted having hidden it despite the crazy speculation and officially confirmed their relationship.

Elizabeth Tulloch and Her Husband: Journey Together and Daughter

Elizabeth Tulloch and her beau did not shy away from sharing their adorable coupley pictures with their fans after finally announcing their “taken” status. In April 2016, Giuntoli made Tulloch the happiest girl in the world by proposing to her with a dazzling hundred-year-old diamond ring belonging to his family. After “quietly enjoying” the special feeling for months, Tulloch confirmed their engagement by wearing the gorgeous ring at San Diego’s Comic-Con held in July of the same year. 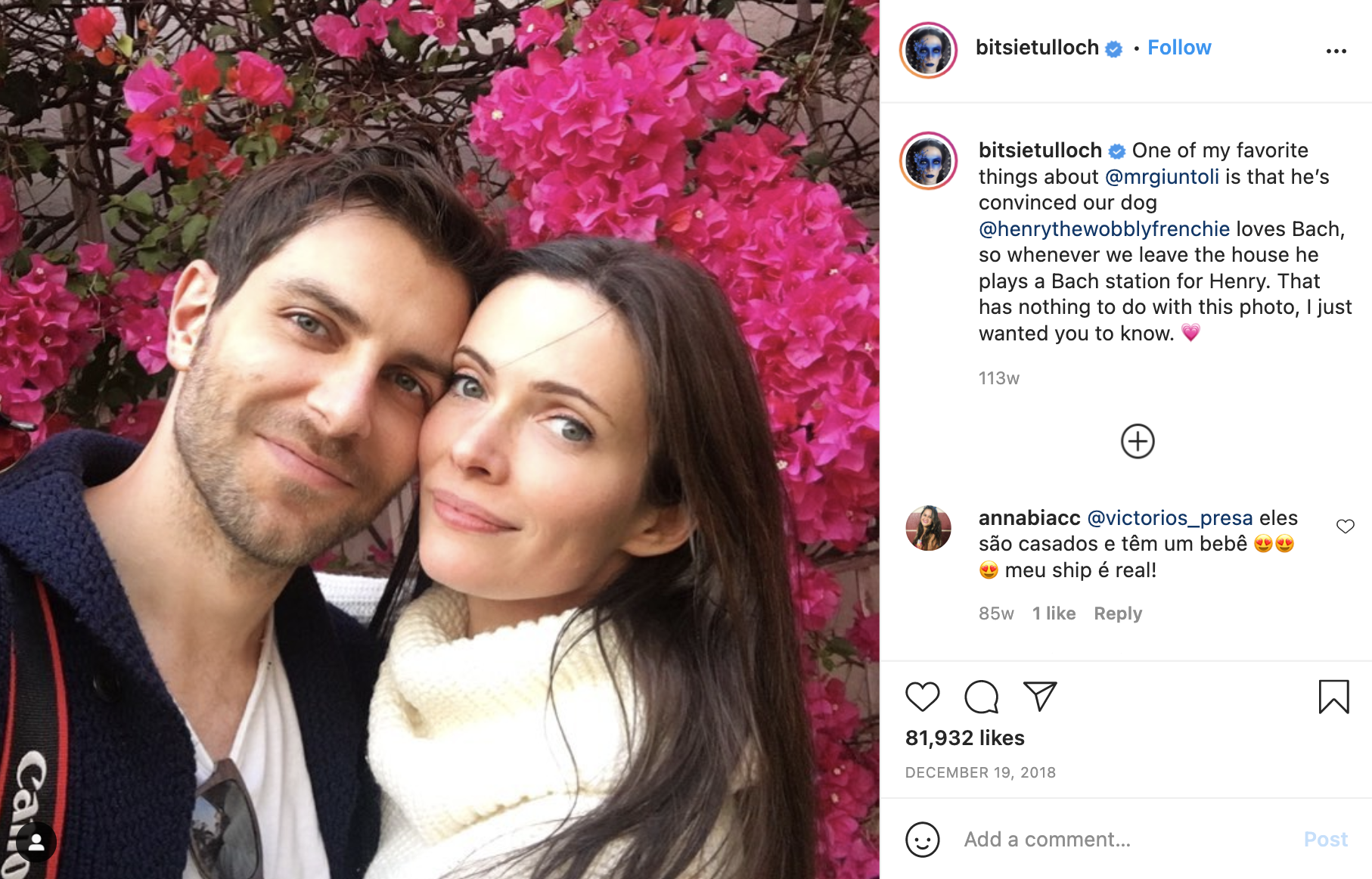 The couple knew what they had was real and started to plan their wedding right away. In June 2017, Giuntoli and Tulloch tied the knot in an intimate ceremony in Montana and again waited until the 6th of the next month to share the news with the world. Adorably called “Grade A Nester” by her husband, Tulloch announced that she was expecting their first child in October 2018 and welcomed their daughter, Vivian, in February 2019. 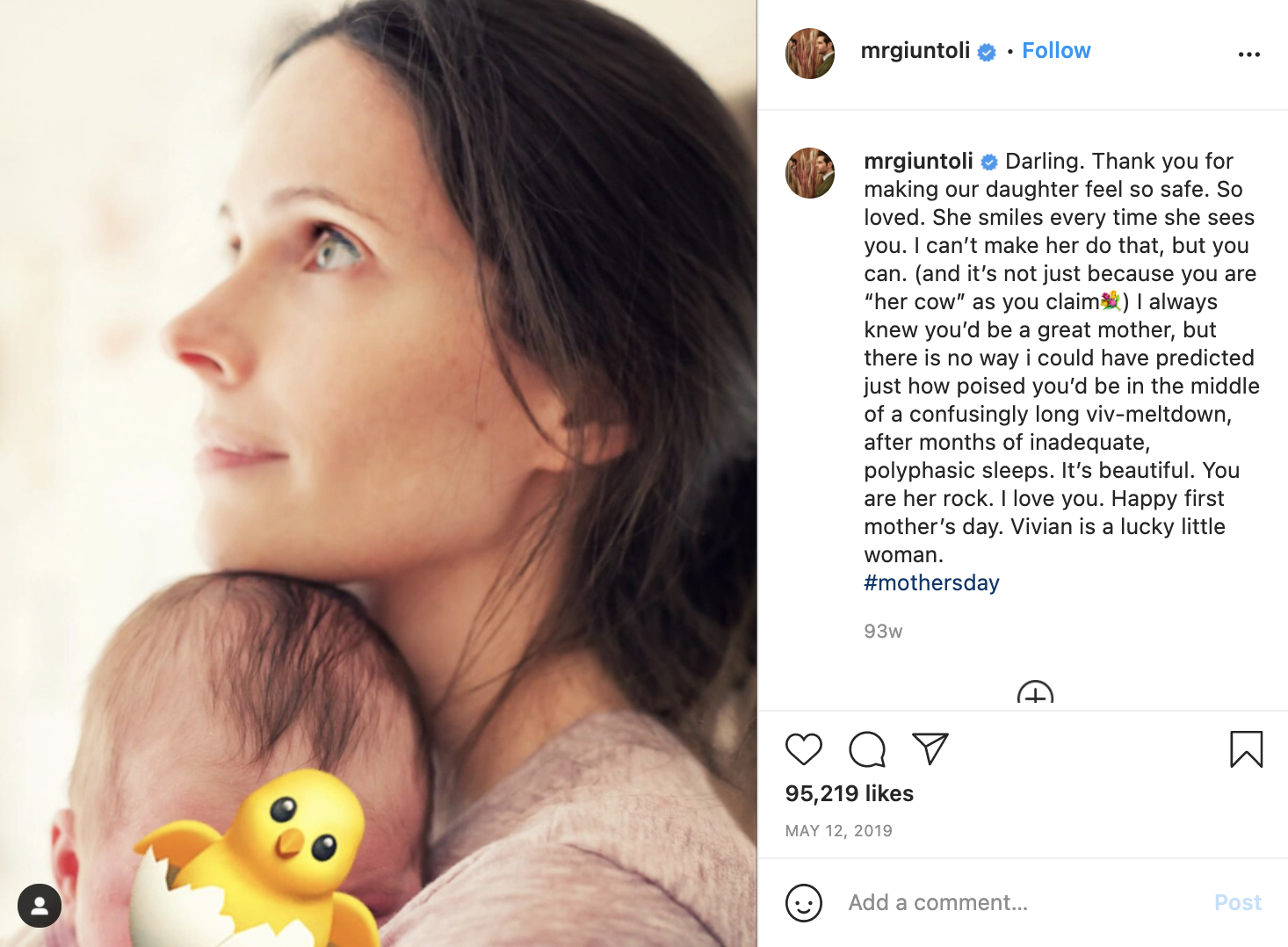 Despite both being successful stars who are continuously under the radar, they have managed to keep their babygirl’s identity concealed. Even while sharing endearing moments on their respective social media accounts, the parents make it a point to cover her face. Tulloch feels lucky to have someone as dedicated a husband and father as Giuntoli. Their small, happy family re-located from Los Angeles to the Pacific Northwest at the beginning of 2020 and currently resides at a recently-bought house in the State of Washington.