Is Gentleman Jack on Netflix, HBO Max, Hulu, or Prime? 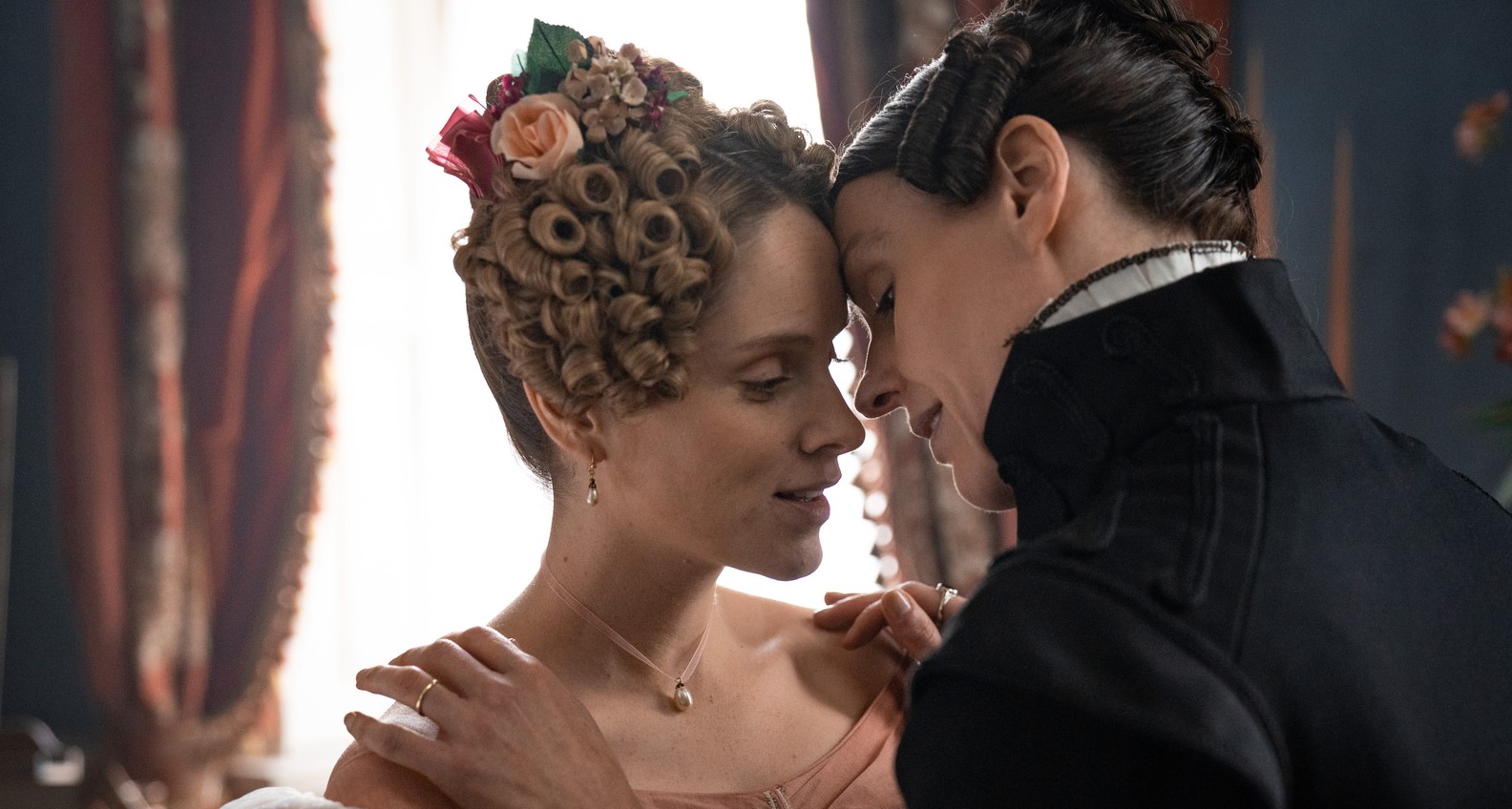 Set in 1832 Yorkshire, ‘Gentleman Jack‘ is a historical show that details the story of Anne Lister as she leaves her home behind to her newly inherited estate in Halifax, West Yorkshire. While settling in her new home, she meets Ann Walker, and the two soon become embroiled in a tumultuous courtship. Created by Sally Wainwright, the historical drama is inspired by the real-life diaries of Anne Lister, written in code in order to talk about her relationship with another woman.

Anne’s diaries, story, and actions are treasured within the LGBTQ+ community. Suranne Jones does a marvelous job depicting the lesbian icon’s tale on-screen. Starring alongside her is Sophie Rundle as Ann Walker. If you cannot wait to learn more about the life of “the first modern lesbian” of the early 19th century, here’s all you need to know!

What is Gentleman Jack About?

‘Gentleman Jack’ follows a woman named Anne Lister in 1832 England. She has inherited her uncle’s estate at Halifax, West Yorkshire, and has to leave her home, Hastings, behind. Anne has a sharp mind when it comes to industrial and business matters. However, she has a hard time convincing her tenants to do as she wishes, given the rampant misogyny at the time.

During her trials, Anne meets Ann Walker, another landowner in the region. The two women start a romantic relationship, which Anne documents through encrypted writings in her diary. The real-life Yorkshire lesbian couple established history, and their story serves as the basis for this romantic series. For those looking forward to watching the series, we have your back!

Is Gentleman Jack on Netflix?

No, ‘Gentleman Jack’ is sadly not on Netflix. The streaming giant does offer some excellent alternatives like ‘Vita & Virginia‘ and ‘The Girl King.’ Both period pieces revolve around strong, confident women who start realizing their attraction toward their own gender.

Is Gentleman Jack on Hulu?

By adding HBO Max to your regular subscription, you can watch ‘Gentleman Jack’ on Hulu here! Regular Hulu users can watch similar lesbian dramas set in the 19th century, like ‘Ammonite‘ and ‘The World to Come.’

Is Gentleman Jack on Amazon Prime?

Amazon Prime allows viewers to buy ‘Gentleman Jack’ on its platform by heading here! Alternatively, Prime Users can take advantage of their memberships to check out similar stories like ‘Tell It to the Bees‘ and ‘Snapshots.’

Is Gentleman Jack on HBO Max?

Yes, ‘Gentleman Jack’ is available on HBO Max; you can watch the biographical show here!

Where to Watch Gentleman Jack Online?

Apart from the abovementioned platforms, ‘Gentleman Jack’ is also available for purchase on Google Play, Vudu, Microsoft Store, and iTunes. The show can also be streamed on YouTube TV and DirecTV.

How to Stream Gentleman Jack for Free?

To watch ‘Gentleman Jack’ at no cost, you can use the 30-day trial available to new YouTube TV users. Alternatively, you can check out the 5-day free trial by DirecTV. That being said, we urge our readers to not use any illegal means to watch the show. Doing so hampers the efforts put in by the makers of the series, which can be avoided by paying for suitable channels.