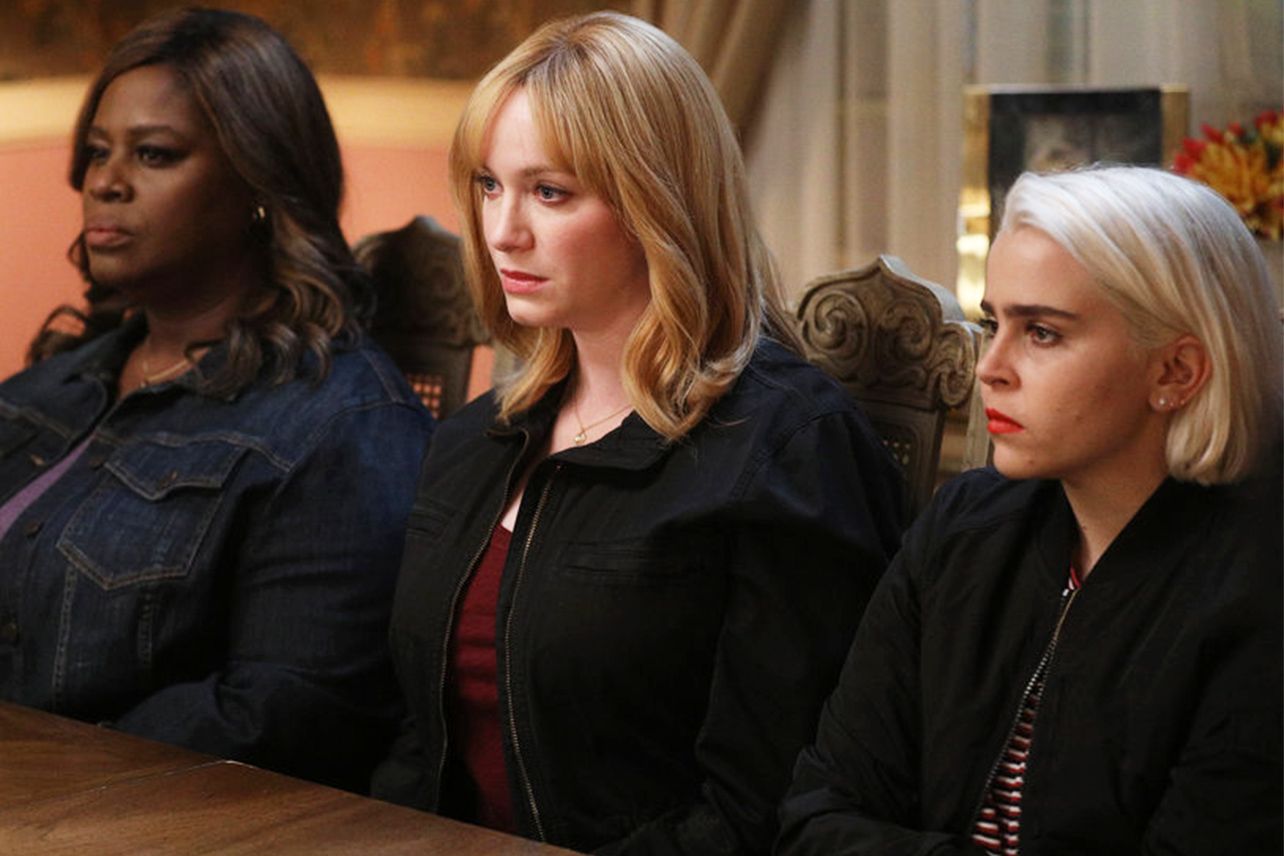 Developed by Jenna Bans – the creator of ABC’s ‘Off the Map’ – ‘Good Girls’ is a crime comedy series on NBC. It follows three Michigan-based mothers, two of whom are sisters. With their backs against the wall, they decide to pull off an unlikely heist at a suburban supermarket. Despite their hesitation, they gather more money than they initially expected. In the process, they attract the attention of the supermarket manager and local criminal gangs. Caught in a web of lies, secrecy, family crisis, heists, and debt, the world of the titular good girls, turns upside down.

The series originally released on February 26, 2018. While some critics praised the series for its strong lead cast ensemble and the chemistry of the lead characters, there were a few who felt like the show could have offered more in terms of its portrayal of female characters. Despite the mixed reviews, the show garnered a strong fan following. Following the fourth season’s release, you must be wondering whether a fifth installment will see the light of day. Since several media outlets reported that a shorter fifth season would conclude the series, the question regarding its release may crop up in your mind. If the matter is bugging you, let us put an end to your doubts.

Let us now delve into the specifics of a speculated fifth season and see whether it is officially canceled. Unfortunately, we do not have hopeful news for the show’s fans. The fifth season was unofficially in the books. However, NBC announced the show’s cancellation on June 25, 2021, while the fourth season was still airing.

Several factors come to mind if we speculate the reasons behind its cancellation. Although the series has been billed as a Netflix Original Series in several countries, the show originated from the house of television network NBC. Curiously enough, all four seasons performed with visible success on the streaming platform, often appearing in its top ten list across countries. But it did not see the same light of success on NBC.

Due to the show’s success on Netflix, fans speculated that a fifth season was imminent. Moreover, the fourth season does not put a decisive end to the story. Amidst the rumors about the show’s cancellation, the three lead stars – Christina Hendricks (Beth), Retta (Ruby), and Mae Whitman (Annie) – also agreed to take pay cuts in the prospective fifth season. However, it seemed like that was not enough to guarantee the show’s return.

Moreover, there were creative differences among the show’s crew members. The allegedly tainted off-screen relationship between co-stars Hendricks and Manny Montana (Rio) was the icing on the cake. Therefore, ‘Good Girls’ season 5 stands officially canceled. While having said that, it seems that the primary reason why NBC pulled the plug was the drop in the show’s ratings on its home network.

In the 2020-2021 season, NBC delivered 19 shows, among which ‘Good Girls’ placed at the very bottom. It also received the lowest ratings in the 18 to 49 age demographic, which the advertisers usually target. Compared to the 5.98 million viewers of the pilot, the fourth season premiere, ‘One Night in Bangkok,’ attracted only about 1.68 million, which did not look good for the show. But the good news is that the series is available to watch on Netflix, so you can relive your favorite moments with the characters.