Is HMS Vigil a Real Submarine?

As a police procedural about the mysterious death of a Scottish Armed Forces officer aboard a patrolling submarine, ‘Vigil’ combines both compelling possibilities and intriguing personalities to give us the best of the genre. What snags our attention the most, though, are the dark conspiracies involving several governments as well as the nuclear elements on the boat itself, called HMS Vigil. Thus, of course, we couldn’t help but wonder if the latter is really a part of the Royal Navy’s submarine class or not. And if you’re curious to know the same, we’ve got the details for you.

Is HMS Vigil Based on a Real Submarine?

The short answer is no, HMS Vigil is not a real submarine in any way, shape, or form. However, this fictionalized nuclear-powered ballistic missile vessel is based on UK’s actual Continuous At Sea Deterrent, or Trident, nuclear program. That essentially means that the UK permanently has Vanguard-class ships in its waters to deter any threats to the nation and its overall security, just like the six-part production highlights. There are four such submarines in the real world — Vanguard, Victorious, Vigilant, and Vengeance — making the name Vigil entirely appropriate for the show.

As per reports, all these vessels — which are the only platforms for the United Kingdom’s nuclear weapons — are docked at the HM Naval Base Clyde in Faslane, situated just west of Glasgow, Scotland. Therefore, this base also serves as the inspiration behind Her Majesty’s Naval Base Dunloch in ‘Vigil,’ mainly because Dunloch does not exist anywhere in or around Scotland; it too is fictional. We should mention that the Trident program has been active for years, but since it has rarely been in the limelight, the series’ creators simply chose to spread awareness and entertainment through a single form.

With all that said, HMS Vigil seems to be a good representation of the Royal Navy submarines. According to former officials in an interview with LancsLive recently, the Vanguard-class ships are considerably large, but the insides of it are so cramped and compact that everyone appears to be on top of each other — precisely as the show depicted. In fact, one of them went as far as to claim that even though producers used some creative freedom for the interior shots, they likely used footage of one of the actual boats for the exterior scenes. That way, they adapted to their needs while also being true to their source. 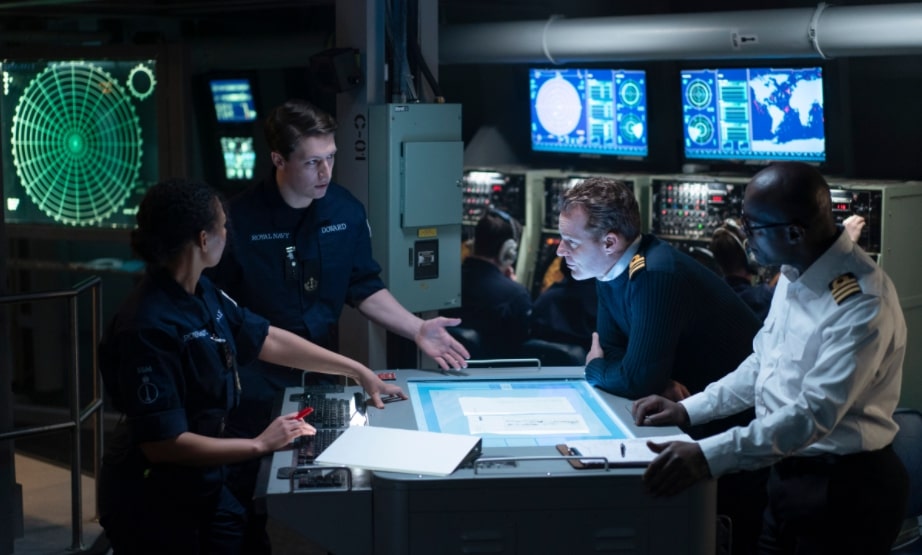 In other words, despite the fact that HMS Vigil does not exist, its idea does come from real submarines that have the same purpose; to patrol and protect the UK by any means necessary. It may seem odd to have a nuclear-powered vessel under the water as a security avenue, but it apparently works, so that’s what nations have stuck to.