Is Honk for Jesus. Save Your Soul. Based on a True Story? 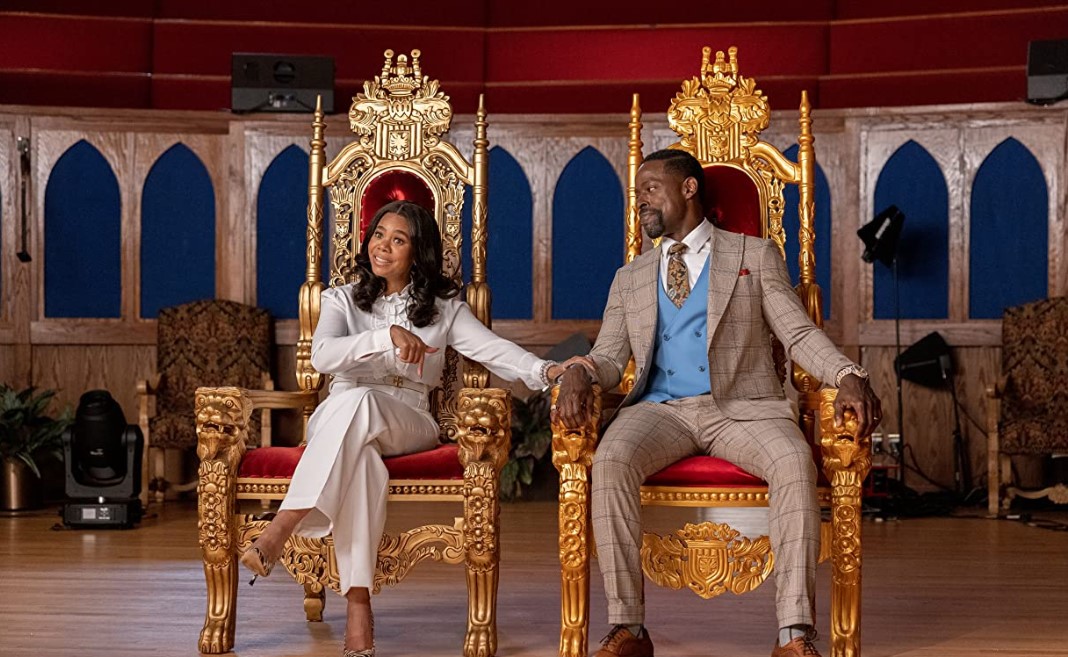 Directed by Adamma Ebo, ‘Honk for Jesus. Save Your Soul.’ is a comedy movie that revolves around Southern Baptist megachurch pastor Lee-Curtis Childs (Sterling K. Brown) and his wife Trinitie (Regina Hall). After scandalous revelations about the pastor, their congregation of 25,000 quickly shrinks to fewer than ten people.

Desperate to regain the past glory, the couple launches a make-over campaign unheard of in the world of commodified faith. Set in Atlanta, Georgia, ‘Honk for Jesus. Save Your Soul.’ is a brutal satire on the hypocrisy of organized religion. If that has made you wonder whether the movie is inspired by actual events, we got you covered.

Is Honk for Jesus. Save Your Soul. a True Story?

Yes, ‘Honk for Jesus. Save Your Soul.’ is partially based on a true story. The movie is the feature-length adaptation of Adamma Ebo’s 2018 namesake short film. It is loosely inspired by the scandal surrounding real-life pastor Eddie Long, who was accused of sexual impropriety by the teenage boys who were part of his youth program. While the movie never really attempts to justify the actions of its disgraced character, it explores the aftermath of such a scandal and how it impacts the people around the church, including the first lady of the said church, like Trinitie.

As a film, ‘Honk for Jesus. Save Your Soul.’ explores the greed and hypocrisy of the megachurches; its target is not necessarily religion but the ruthless capitalistic approach toward it. Adamma, who also wrote the story, grew up in one of these churches along with her twin, Adanne Ebo, a co-producer of the project. “We, very quickly, I think, from a young age, got disillusioned with it [religion] and started questioning and thinking critically about it,” Adamma told The Wrap in a January 2022 interview.

The debutant director continued, “So we decided there was so much reckoning, I think, within ourselves about it, that this was the area I think to explore. We’ve seen similar subject matters explored through media a lot, and it’s always told always through a dramatic lens. We wanted to kind of Trojan horse the message in there, and we did that through comedy. We also didn’t want to come off as too preachy.”

Adanne echoed her sister’s thoughts in an August 2022 interview with Coming Soon, saying, “I think it depends on who you are, she said. “I think we made this type of film because we definitely had a lot of questions. We definitely had a lot of critiques, but it’s also part of us. We grew up in the church, specifically the black megachurch, Southern Baptist culture. While, like I said, a lot that we have to critique of it, we definitely also still have a certain love for it. There are things about that we still have reverence for.”

“We decided to toe that line, but I think it depends on the type of filmmakers and the type of person that you are. I don’t think anything’s beyond critique at all,” continued Adanne. ‘Honk for Jesus. Save Your Soul.’ has been made in mockumentary style, or as Adamma Ebo prefers to call it, “faux documentary.” “We refer to it as a faux documentary because the camera is not like winky or on the joke,” she told Coming Soon.

The director concluded, “I think a big part of it was me wanting to get a lot of answers to a lot of questions. A documentary is going to ask a lot of these questions or observe a lot of these like questionable moments. We’re also big fans of the form, of mockumentaries for sure, and info documentaries as well.” Not only the Ebo sisters, even actor and co-producer Sterling K. Brown grew up in a megachurch. Clearly, the filmmakers and their collaborators drew from their personal lives to create the narrative of ‘Honk for Jesus. Save Your Soul.’