Is Hotel Rwanda Based on a True Story?

‘Hotel Rwanda’ is a 2004 historical drama film that follows the story of Paul Rusesabagina (Don Cheadle), a hotel manager who risks his life during a time of horrifying violence and saves more than a thousand people from getting brutally killed. Although steeped in history, the film is a remarkable tale of luck, diplomacy, and cool-headedness on the part of Paul, who uses his smooth-talking and bartering skills to bargain for the lives of the people he is sheltering. Did such a man actually exist? And if so, how accurately does the film tell his story amidst some of humanity’s darkest days? Let’s find out!

Is Hotel Rwanda Based on a True Story?

Yes, ‘Hotel Rwanda’ is based on a true story. The movie is a compressed version of events that took place during the 1994 Rwanda Genocide, focusing on the actions of Paul Rusesabagina. At the time, Paul was the manager of the 5-star Hôtel des Mille Collines in the Rwandan capital of Kigali. During the genocide, Paul sheltered and saved the lives of about 1200 people, who were mostly from the Tutsi minority ethnic group. He also helped non-violent members of the opposing Hutu community by disguising them, along with the Tutsis, as guests of the hotel.

The movie is directed and co-written by Terry George, who, in a response article about his work, stated that “My intention in making Hotel Rwanda was to show the horror and cruelty of the Rwandan genocide to the world.” Talking about the accuracy of Paul’s depiction in the movie, Terry revealed that the character “was meticulously researched in Kigali in 2002 and based on days of interviews with genocide survivors who had stayed in the hotel.”

The script was also fact-checked against the work of journalists and writers who had covered the genocide. Talking about taking artistic liberties and compressing events in movies based on historical events, George said “When you are adding fictional scenes for purposes of the story, even then you cannot distort the real events and the real people you are portraying. The characters and the scenes have to accurately relate to the audience something that was going on at that time and place.” 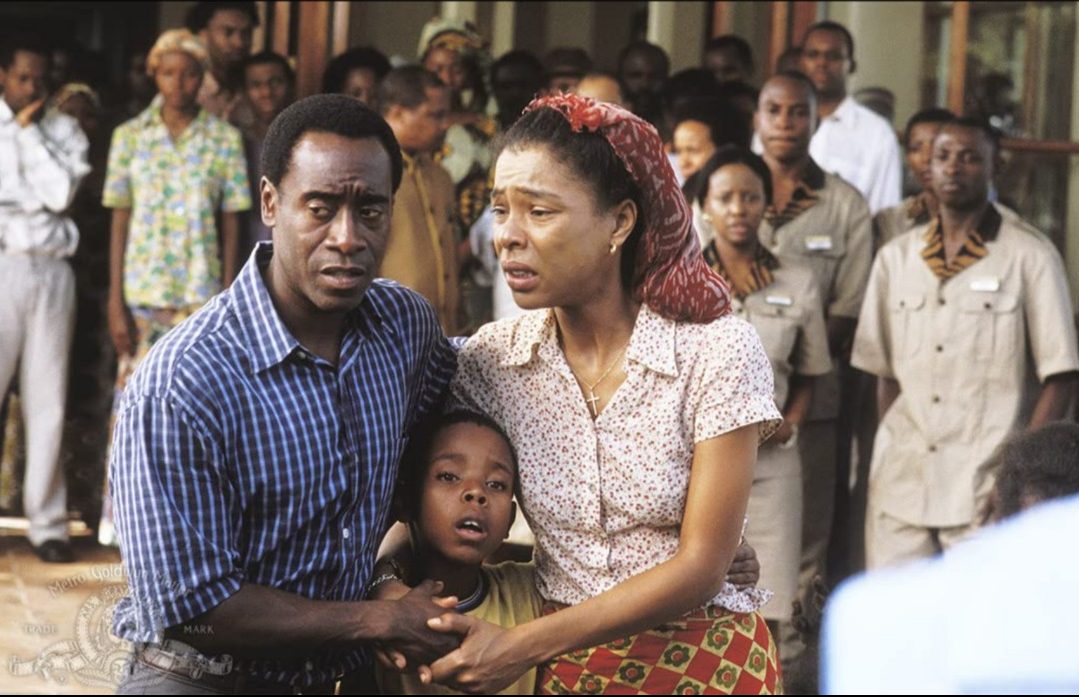 Hence, ‘Hotel Rwanda’ accurately depicts the historical context as well as the story of the real-life Paul Rusesabagina. The portrayal of Paul making deals with various people in places of power during the violence to save the lives of his “guests” is a crucially important detail, which is also described in Paul’s autobiography (with Tom Zoellner)— ‘An Ordinary Man.’ The book, which came out after the movie in 2006, describes the black book that Paul maintained over the years during his time at the hotel. In the book, he recorded the details of the many dignitaries that had stayed at the hotel.

During the crisis, Paul began to endlessly call in favors from the dignitaries in his black book to procure supplies and safe passage for the people he was protecting. The same is depicted in the movie. Incidentally, the director of the movie, Terry, first met Paul and got introduced to his incredible story in a taxi in Brussels in 2002. As a taxi driver, Paul, who had moved to Belgium with his family a few years after the fateful events, would sometimes tell his passengers about the genocide. This time, the passenger happened to be the Irish film director, and a year later, they traveled to Rwanda together to research for the movie.

Soon after the release of ‘Hotel Rwanda,’ Paul published his autobiography. In the book, he criticized Rwandan president Paul Kagame by calling him a dictator, which set the Kagame administration against Paul. Since then, multiple allegations have been leveled against the real-life inspiration behind ‘Hotel Rwanda,’ including that of terrorism. Paul, who leads a coalition of groups opposing Kagame, which also includes an armed wing, has maintained that it has no connection to terrorism, and his only goal is to “be the voice of millions of Rwandese who have no-one to speak out for them.”

Don Cheadle, who essays Paul in the film, was also approached by an anonymous mutual friend of his and President Kagame’s who pitched him the idea of making a second ‘Hotel Rwanda,’ in which Paul would be portrayed in a less than flattering light. An incredulous Cheadle, understandably, declined.

Despite being a Belgian citizen and a resident of the US, in 2020, Paul was captured by the Rwandan authorities. In a ruse involving a private plane that Paul thought was heading to Burundi but landed in Rwanda instead, he was captured. The move has been referred to by Human Rights Watch as illegal, while the Rwanda spy chief called it “quite a wonderful operation.” Paul has since quit the trial against him, saying that the charges levied against him are false and that he does not expect to receive justice.

A life that continues to sound stranger than fiction, it is understandable that Paul’s actions and their repercussions during the Rwanda genocide might sound like a made-up story. However, with the copious amounts of meticulous research and first-hand accounts that have gone into making the film, along with the movie’s real-life inspiration continuing to face persecution, ‘Hotel Rwanda’ is very closely connected to reality indeed.