Is It’s Always Sunny in Philadelphia Based on a True Story? 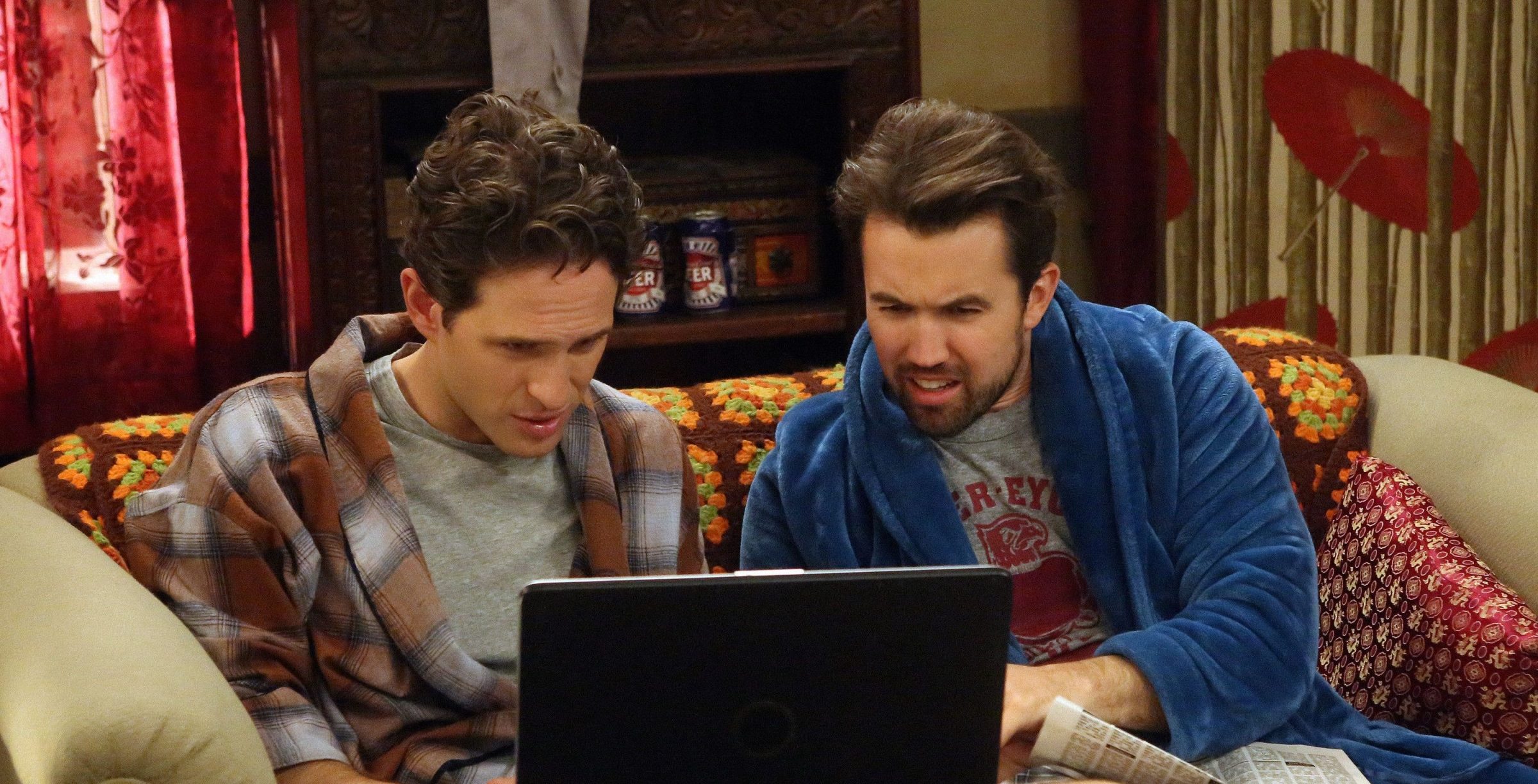 ‘It’s Always Sunny in Philadelphia’ is a sitcom that centers around “The Gang,” a group of five abominable-yet-hilarious mavericks who run the Irish bar, Paddy’s Pub, in South Philadelphia. The show progresses through the misadventures of the group and the hysterical repercussions that follow, in the backdrop of the iconic bar. As Dennis, Dee, Mac, Charlie, and Frank nurture an admirable bond among them, the ardent admirers of the show are eager to know whether “The Gang” exists in reality. Inspired by the unbelievably unfeigned characters, we have dived into the origin of the show. Let’s take a look!

Is It’s Always Sunny in Philadelphia Based on a True Story?

No, ‘It’s Always Sunny in Philadelphia’ is not based on a true story. The TV show originally developed from an idea co-creator Rob McElhenney had for a short film. “It was just an idea of a guy going over to another guy’s house to ask him for sugar, and the other guy telling him that he has cancer. And instead of the friend being compassionate, he just wants to get the sugar and get out the door. I knew that nobody else would think that was funny except Glenn [Glenn Howerton, co-creator] and Charlie [Charlie Day, who portrays Charlie Kelly]. So, I wrote a script and showed it to them,” McElhenney said to EW in November 2009.

The script became a pilot with creators Glenn Howerton and McElhenney on board and was picked up by FX. Initially conceived as a story of four out-of-work actor friends, Howerton and McElhenney had to change the storyline when the network disapproved of the repetitive concept that revolves around actors. McElhenney, a Philadelphia native, transplanted the story to his home city and transformed the characters to bar owners from actors. McElhenney was apparently inspired by a Philadelphian neighborhood bar named Paddy’s Pub Old City to conceive the Paddy’s Pub in the show.

Rather than a true story, the traits of the principal characters drive the show forward. “Everybody is narcissistic to a certain extent, but we have governors in our brains and hearts that don’t allow us to act that way. What happens if five people who don’t have that find each other? You create the confluence of narcissism, evil and sociopathic behavior that is Sunny,” McElhenney explained the foundation of the show to Guardian in May 2020.

With five impeccably captivating characters, the way forward was clear for the creators. “Our show has really always been based on giving the characters a very strong point of view or a strong want or need or desire, and having that desire come into conflict with somebody else’s desires, wants, and needs. I think we’ve taken that basic tenet of writing and just added the element of something topical to that,” co-creator Glenn Howerton said to Vanity Fair in October 2019.

Even though the show is entirely fictional, the creators haven’t distanced the premises of the characters from reality. The approach has led the characters to encounter some of the burning topics of the show’s time, which range from terrorism to dictatorship. The show has also addressed varying subjects from homosexuality to the Covid-19 pandemic, emanating a strong sense of reality through its narrative. Courageously and efficiently, the show succeeds in putting forward entertaining discourses that involve the affairs of the real world more than any of the show’s contemporaries.

Read More: Where is It’s Always Sunny in Philadelphia Filmed?