Is Jacob Bertrand Dating Anyone? Who is His Girlfriend? 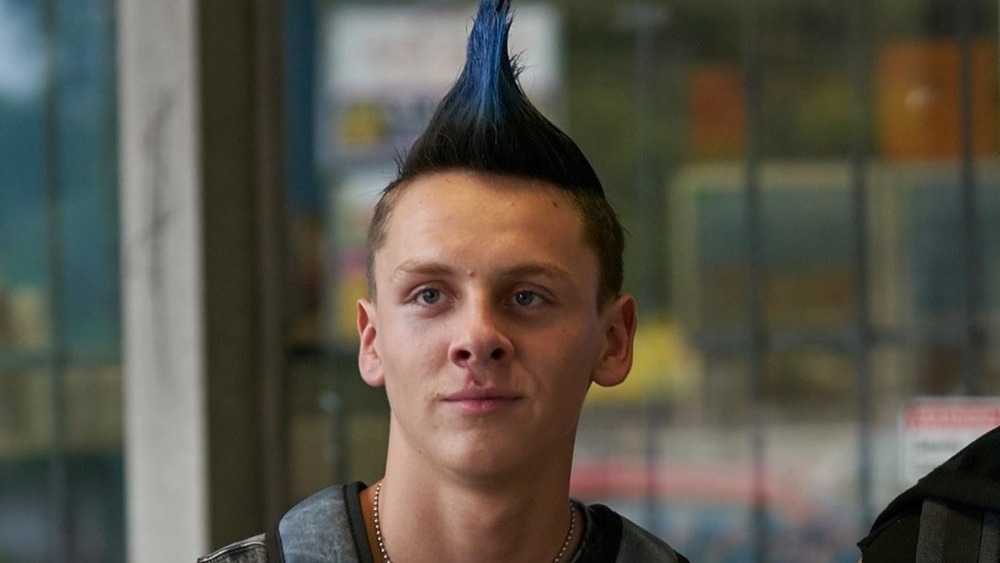 Jacob Bertrand has garnered much popularity and critical acclaim despite his young age. The entire credit goes to the abundant experience that the rising star has already gained in the media industry. After appearing as Thomas Wilkins in ‘Duress,’ he went on to play guest roles in television shows ‘The Cape’ and ‘The Middle.’ Bertrand then became a Nickelodeon star as he bagged the protagonist’s part in ‘Marvin Marvin’ and became the vice of the main character in ‘Bubble Guppies’ in 2012.

Bertrand’s burgeoning career then earned immense prominence after playing the titular character in the 2014 Disney XD adventure-comedy series ‘Kirby Buckets.’ From playing Eli “Hawk” Moskowitz in a recurring capacity in season 1 of ‘Cobra Kai,’ the actor became a part of the main cast from season 2 onwards. His excellent performance in the martial arts comedy-drama has definitely won millions of hearts, but what about his personal life? Here is everything you need to know about the lucky woman who has won his heart!

Born on March 6, 2000, Jacob Bertrand started his karate training shortly after turning 8. Before pursuing performing arts professionally, he had already reached the advanced martial arts level, which earned him a purple belt. His career as a child artist began at the tender age of 9 after landing a supporting role in the psychological thriller ‘Duress.’ But despite turning into an actor, Bertrand did not give up combat sports and later switched it up with grappling training that he pursued for a couple of years.

The multifaceted actor then discovered skateboarding before the producers of ‘Cobra Kai’ brought him back to his much-loved sport. During a candid conversation, Bertrand admitted, “My brother and I, after we saw that movie, my parents were just so mad because we ran around trying to do karate moves all over. Like knocking down vases and stuff.” The 21-year-old star graduated from his high school while gearing up for the second season of legendary ‘Cobra Kai.’ Unlike his co-star, Mary Mouser, Bertrand is quite secretive about his dating life!

Jacob Bertrand is one of the lucky people to have found true love at a young age. He has been in a happy relationship with Serena Pullen for years now. He labeled her as his “best friend” in May 2018 but wished her a happy anniversary on July 25 of the same year. His beautiful girlfriend went as his date for his senior year prom, and the two looked absolutely gorgeous for the occasion! 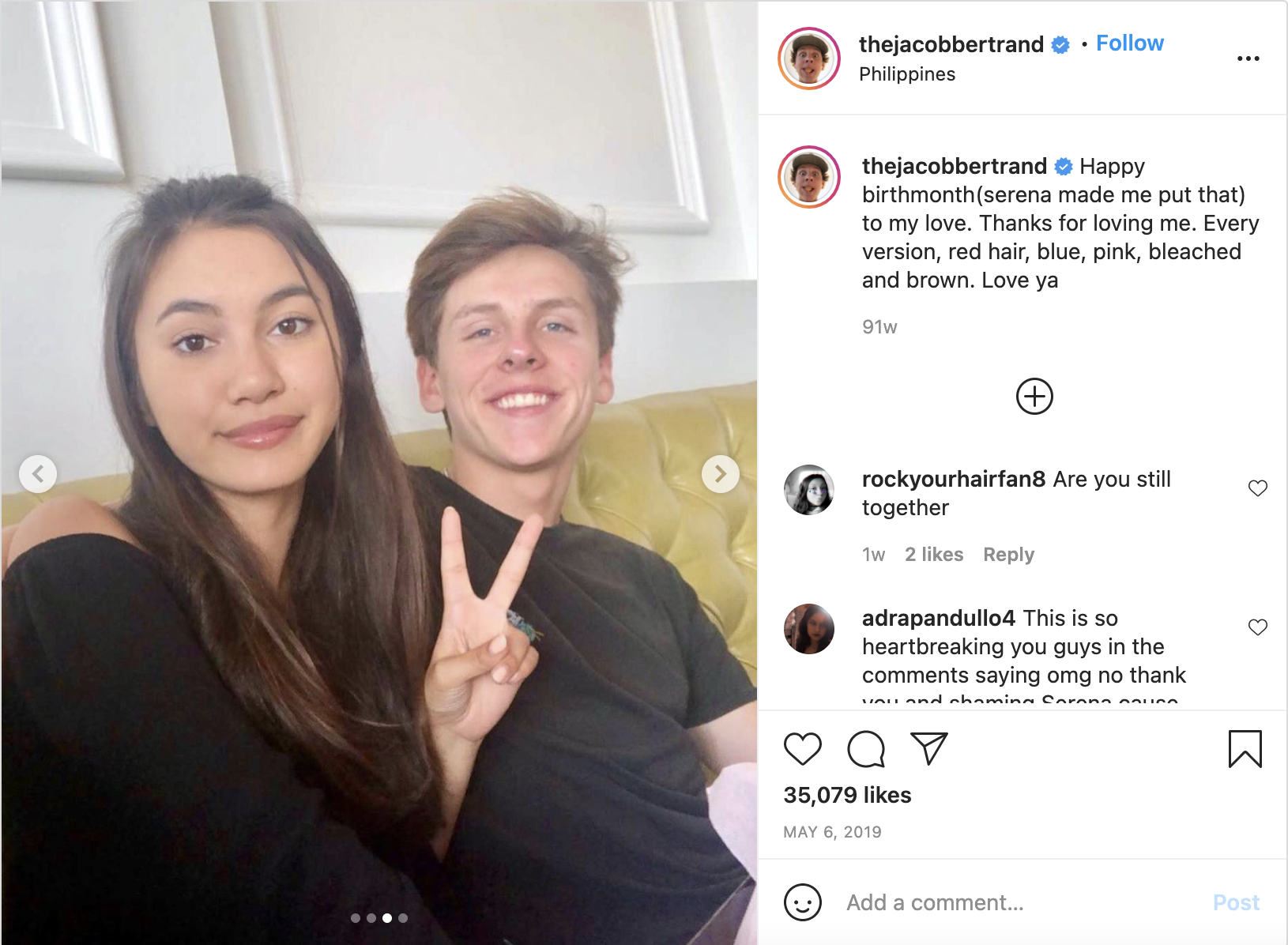 Some of his fans began to believe that Bertrand became a single man while passionately pursuing his acting career. However, this seems rather unlikely as he continues to express how much he misses Serena every day. He gushes over the fact that his lady love frequents his sets and the two undoubtedly make the most adorable couple!

Read More: Will Sam and Miguel Get Back Together in Cobra Kai?