Is James Murray Married? Does He Have Children? 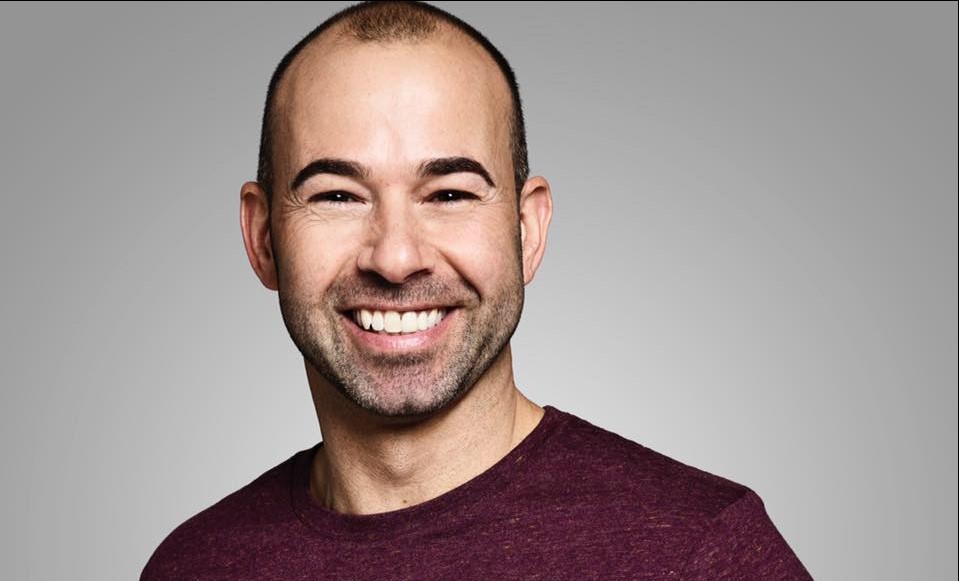 A hilarious comic and a brilliant entertainer, James Murray is a name put among the very best in the comic industry today. Being a comic is not the only title to his name, as Murray is also credited for being an actor, producer, and author. Murray’s first steps into the entertainment industry consisted of him producing, writing, and directing the film ‘Damned!’, which stars Jeremy Guskin as Jesus in an alternate retelling of the Bible. Murray’s parents are credited with paying for the production of the movie at Murray’s request.

With his movie career not going as planned, Murray turned to his first love comedy and formed the Tenderloins along with his high school friends Joe Gatto and Sal Vulcano (Brian Quinn joined later on). Together they started posting comedy sketches on social media sites like YouTube, MySpace, and Metacafe, which gathered millions of views online. Murray, along with The Tenderloins, was launched into the public eye in December 2011, when their show ‘Impractical Jokers’ premiered on TruTV and garnered 32 million viewers in its first season.

‘Impractical Jokers,‘ which follows the troupe around as they instigate each other to play harmless pranks in public spaces, is praised for its improv comedy and quick wit. Murray and the other members of The Tenderloins went on to star in the eponymous 2020 comedy movie. Away from his comic duties, Murray was the Senior Vice-President of Development at NorthSouth Productions till he left in February 2018. He is also credited as the author of ‘Awakened,’ ‘The Brink,’ and ‘Don’t Move,’ which he co-wrote with Darren Wearmouth. Here’s all you need to know about James Murray’s personal life!

Born and brought up in Staten Island, James Murray hails from an Irish background. Not much is known about his family other than the fact that Murray grew up with his two sisters. He shares a close-knit bond with his mother and father, who always extend their blessings to his son’s endeavors. 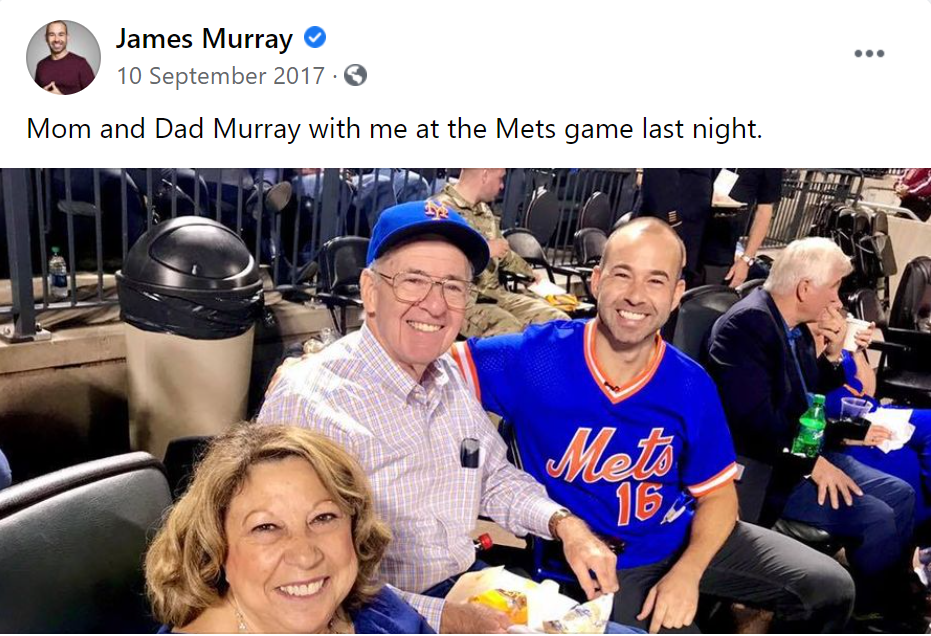 Despite his busy schedule, Murray ensures to take time out to spend time with his lovely family. Here’s a picture of the Murray family enjoying their vacation on a breezy beach in 2019. 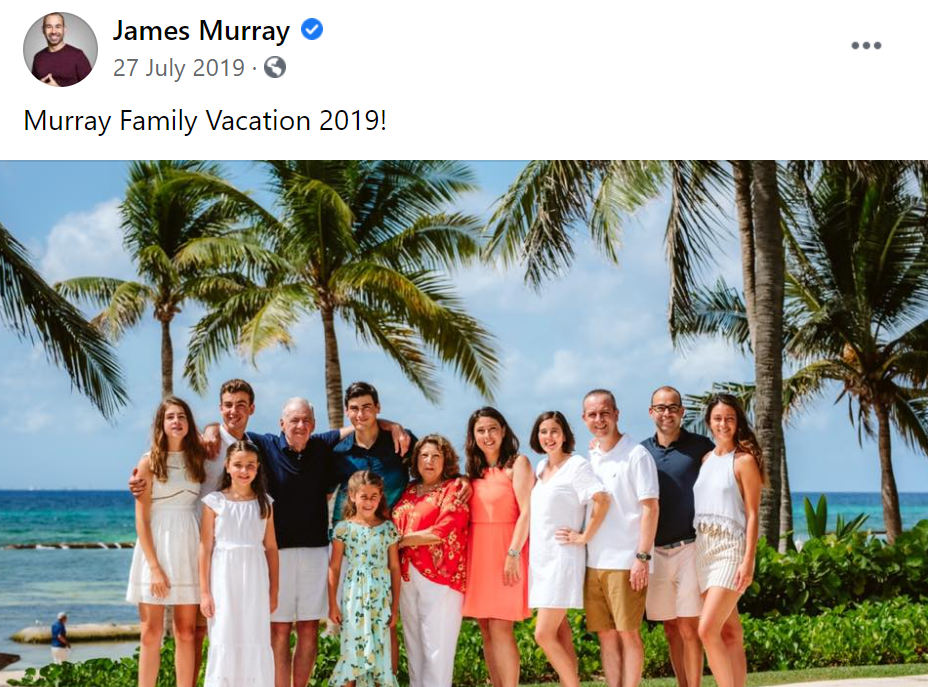 Murray attended Monsignor Farrell High School, where he met his future Tenderloins groupmates Sal Vulcano, Joe Gatto, and Brian Quinn, through the school’s improvisation club. Soon after graduating with a bachelor’s degree in English from Georgetown University in Washington D.C., Murray started his comic career by joining his friends Gatto and Vulcano and forming The Tenderloins. 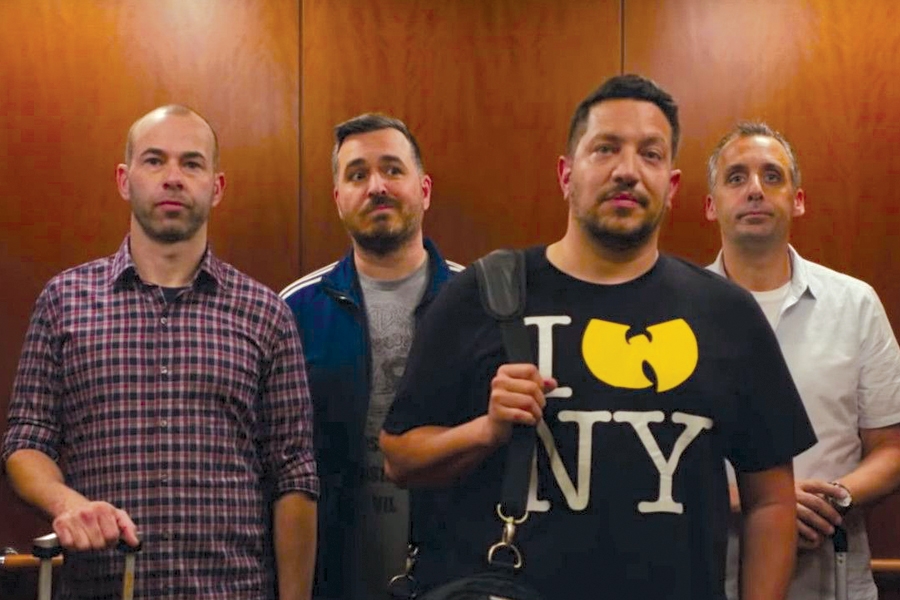 In 2014, Murray legally married Sal’s sister Jenna Vulcano in front of his family and friends. Although a legal one, the marriage was Sal’s punishment for the season 3 finale of ‘Impractical Jokers.’ Just 24 hours later, Murray and Jenna annulled their marriage and went their separate ways.

After his comedic stint with Jenna Vulcano, Murray was rumored to be dating Melyssa Davis, whom he met during the launch party for his book, Awakened. They had an instant connection the moment they met as James told PEOPLE, “We had immediate chemistry and our relationship was immediately different than any other I’ve had in my life”. Within just a year of their dating, the couple decided they were meant for each other and purchased a house together in New Jersey.

On August 30, 2019, Murray proposed to Melyssa and asked for her hand in marriage, which he later posted on Instagram as “The best day of my life.” The couple got married on September 25, 2020 in a private ceremony in The Lake House Inn in Bucks County, Pennsylvania. Both Melyssa and James fancied a grand wedding but had to compromise on a private affair because of the pandemic.

In attendance were close friends and families, along with Sal Vulcano and Brian Quinn. Joe Gatto served as the best man and also officiated the ceremony. After their marriage, the couple spent their honeymoon in the Maldives. Since starting the next phase of their lives together, the couple has chosen to keep a tight lid on their private affairs. As of this day, James and Melyssa do not have a child of their own. However, they’re proud parents to their adorable pooch, Penelope Murray.

Read More: Is Joe Gatto Married? Does He Have Children?