Is Joe Gatto Married? Does He Have Children?

With his rib-tickling humor and brilliant improv comedy, Joe Gatto is considered to be one of the top comics in the industry. Apart from bringing joy to people through his comedy, Joe has been known to dabble in acting. He also produces and appears in a podcast hosted by his comedy group, The Tenderloins. Joe became a family name in comedy when he, along with The Tenderloins, started posting humorous sketches on social media sites like MySpace, YouTube, and Metacafe, accumulating millions of views online.

The comedy troupe is also known for winning quite a few competitions, the biggest of which was NBC’s ‘Its Your Show’ competition in 2007, where they won a hundred thousand dollars. In 2011, Joe along with the rest of The Tenderloins started the show ‘Impractical Jokers,’ which follows the comics as they challenge each other to play pranks in public places. It became an instant hit garnering a staggering 32 million viewers in the first season. ‘Impractical Jokers’ made The Tenderloins achieve national fame, and since then, there was no looking back.

Joe also stars in the 2020 movie ‘Impractical Jokers,’ based on the eponymous show and the troupe. Apart from the stage, Joe is known to be an avid dog lover and had nine dogs at one point in life. He is also an advocate for the Adopt, Don’t Shop movement, which encourages people to adopt dogs rather than purchase them from breeders. Curious to know more about this illustrious comic’s life? Well, here is what we found out!

Born in Staten Island to Joseph and Gerri Gatto, Joseph Anthony Gatto Jr. hails from a family of Italian origin. It has been reported that Joe’s father struggled with alcohol addiction and passed away in 1995 from alleged pancreatic cancer due to alcohol poisoning. Reports also suggest that this is exactly why Joe has wholly abstained from drinking. On the other hand, his mother Gerri worked as a secretary and then as an administrative executive at St. Adalbert’s School.

Nearly two decades after the passing of Joe’s father, his mother passed away at 67. He was very close to his mother and adored her zest-filled outlook towards life and overall compassionate nature. Joe is also known to be the youngest of three siblings and is very fond of his two older sisters, Gina Gatto Tardogno and Carla Gatto Sullivan. Joe maintains a very tight bond with his family and always manages to carve out some time from his busy schedule, to spend with them. Here is a heart-warming picture of the Gatto family celebrating New Year, 2018.

Joe attended Monsignor Farrell High School, and it was there that he met Murray, Vulcano, and Quinn, his future Tenderloins groupmates. After high school, he received a degree in Accounting. Following that, he took up a job but soon realized that comedy was his ultimate calling. The comedian went on to form The Tenderloins alongside Vulcano and Murray, with Brian Quinn joining in later.

Joe Gatto is committed to his wife of 7 years, Bessy Gatto. The couple got married on September 2, 2013. Bessy is reportedly Joe’s social media manager and has appeared on ‘Impractical Jokers’ quite a few times. She is on friendly terms with the rest of the Tenderloins and their families and often posts pictures on Instagram when they hang out together. Bessie is also known to be a proud vegan and an animal rights activist, along with her husband.

1 year ago today i married the love of my life. Happy anniversary to the best husband ever!! You make my heart smile. pic.twitter.com/KTzTsn6H04

Presently, Joe and Bessy are the proud parents of two beautiful children. The elder of the two, Milana, was born on May 7, 2015, while Remington “Remo” Gatto, his son, was born on July 31, 2017. Joe has often described his daughter as “my wife’s mini-me,” and his fans claim that Joe’s son is an exact carbon copy of him. Joe is a family man and loves spending time with his children. His Instagram account is full of such heartwarming moments spent with his wife and kids. 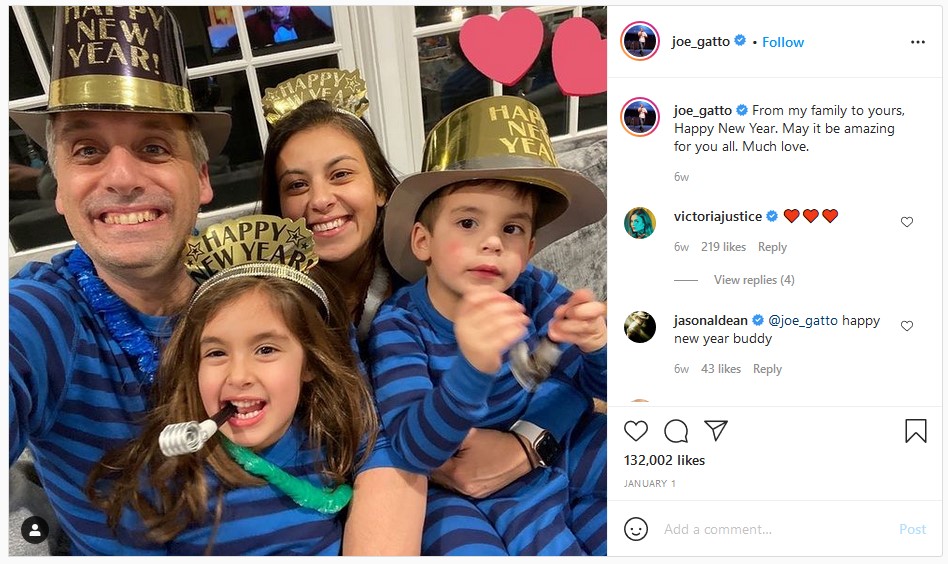 When asked about fatherhood in an interview with In Touch, right after the birth of his boy, the comedian and actor said, “I’m excited he’s finally here. Milana made me love being a dad so imagine it’ll now be twice as fun.” The couple, along with their kids and four dogs, currently resides in Long Island.

Read More: Is James Murray Married? Does He Have Children?