Is Jenn Todryk Married? Who is Her Husband? 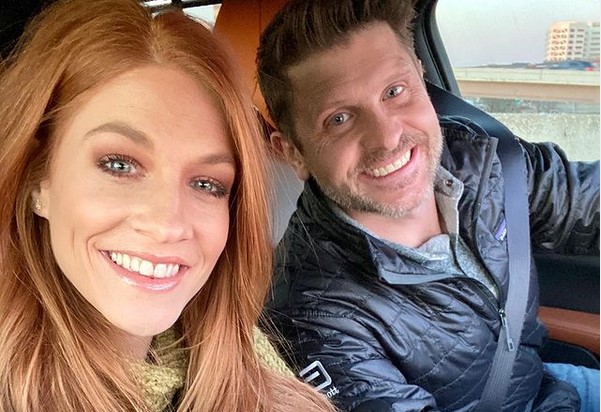 Jenn Todryk is a home renovation expert and social media influencer who manages to tickle our funny bone brilliantly with her witty and funny take on motherhood and family life. Her Instagram posts scream wit and sarcasm but at the same time offer valuable advice to others in her position. Jenn’s various posts on kids, marriage, home-decorating, and fashion have garnered her a massive fan-following.

In 2015, the stay-at-home mom started a blog titled ‘The Rambling Redhead,’ where she portrays her humorous take on raising children. After a few weeks of launching her blog, Jenn’s post ‘Top Six Wines to Pair with Your Child’s Crappy Behavior’ went viral and instantly propelled Jenn into the spotlight, which paved the way for her to publish her first book ‘W(h)ine: 50 Perfect Wines to Pair with Your Child’s Rotten Behavior’ in 2017. Apart from being an excellent writer, Jenn is a home renovation expert and posts her home-design ideas on Instagram.

Jenn finds it ironic that HGTV contacted her after seeing her home design posts on Instagram because when she was just 22, Jenn was hesitant to post pictures of her house as her friends did not have pretty houses. Once she took the leap of faith, there was no looking back. Now with her hosting her own HGTV show titled ‘No Demo Reno,’ fans are in awe of this talented young writer and designer’s accomplishments and are curious to know more about her personal life. Let’s take a look at Jenn Todryk’s life behind the screen, shall we?

Born in 1988, Jennifer Todryk is a native of Burleson, Texas. Not much is known about her parents, as Jenn likes to keep it private. However, we know for sure that she is close to her family and even organizes family get-togethers. After graduating from high school, Jenn wanted to pursue a career in fashion and thus enrolled herself in Tarleton State University in Stephenville, Texas.

At college, she earned a Bachelor’s Degree in Fashion Merchandising. In her humorous way, she jokes that no one will be able to figure out her degree as she wears only spandex workout pants. Here’s a picture of the seniormost member of Jenn’s clan, reading stories to the younger members of the family.

For over a decade, Jenn Todryk is happily married to her husband, Mike, a regional sales director and an army veteran. The couple has a beautiful relationship and usually shares their adorable and memorable moments with their fans on Instagram. Jenn and Mike met on August 6, 2010. Cupid struck, and they two fell madly and deeply in love with each other. Interestingly, the couple got married exactly a year later, on August 6, 2011, in Cancun, Mexico.

In her blog, Jenn described their wedding as, “Our wedding was amazing! It was a week-long party in Mexico that included margaritas (duh), dirty monkeys (banana alcoholic smoothies), and extremely average all-inclusive Mexican food. Great time! Best part- it only took one hour to plan my wedding upon arriving in Mexico. I HIGHLY recommend a destination wedding. So fun for you and your guests and stress-free!” Along with her husband, Jenn is also the proud owner of Armor Coffee, a coffee shop that they bought and renovated before opening for business.

Mike and Jenn Todryk share three beautiful children – Von, Berkley, and Vivienne. The youngest Vivienne was born in 2018, while the couple welcomed Berkley in 2015. Von, their eldest son, who is now eight years old, came into this world in 2013.

Jenn became a stay-at-home mother after the birth of her first child but has often talked about the struggles she has faced as a stay-at-home mom. Her humorous take on her children and motherhood, in general, gave Jenn early fame through her social media posts and blogs. She has been vocal about motherhood and the challenges of raising a child and portrays every part of the beautiful experience in her witty style.

According to Jenn, the best part about raising a child is getting to know each child for the person they are. Presently, the couple resides in Allen in Collin County, Texas, along with their three lovely children and their adorable Golden Retriever, Gary.