Is Kennedy McMann Married? Does She Have Children? 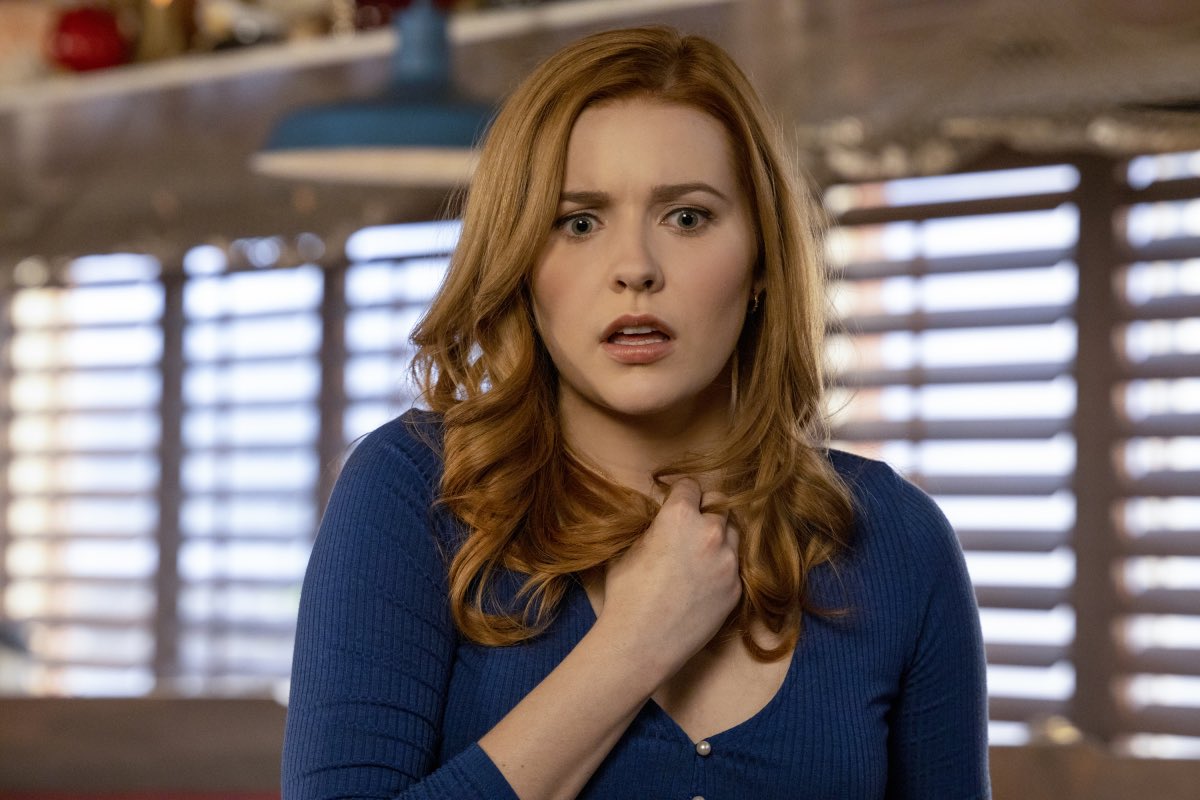 For as long back as she can remember, Kennedy McMann has always been a performing artist, which she began in order to deal with OCD. With a BFA degree, the formally trained actress got the chance to showcase her talent to the world as the eponymous protagonist on The CW’s mystery television series, ‘Nancy Drew.’ She has previously made guest appearances on single episodes of NBC’s ‘Law & Order: Special Victims Unit’ and the police procedural drama show ‘Gone.’ Her mother, Lisa McMann, is a renowned author of paranormal and fantasy YA novels like ‘Dead to You,’ ‘Cryer’s Cross,’ to name a few.

The ease with which McMann slid into her role as the narrator and the titular character makes her look like an overnight success, but that is definitely not the case. However, it cannot be denied that she was extremely fortunate to bag the life-altering opportunity right after completing her graduation at the age of 23. It sure looks like the lovely artist is Destiny’s favorite child as her personal life seems as sorted as her professional one. We got curious to look into the details, and here is everything we found out!

Kennedy McMann is married to her longtime boyfriend, Sam McInerney, an acting grad from Carnegie Mellon School of Drama, just like her. Barbara MacKenzie Wood, their professor and a member of their college’s Drama faculty, set them up sometime around 2014. The endearing couple has been in a happy and stable relationship ever since and has been with each other through the thick and thin of life. Two years her senior, Sam completed his graduation in 2016. 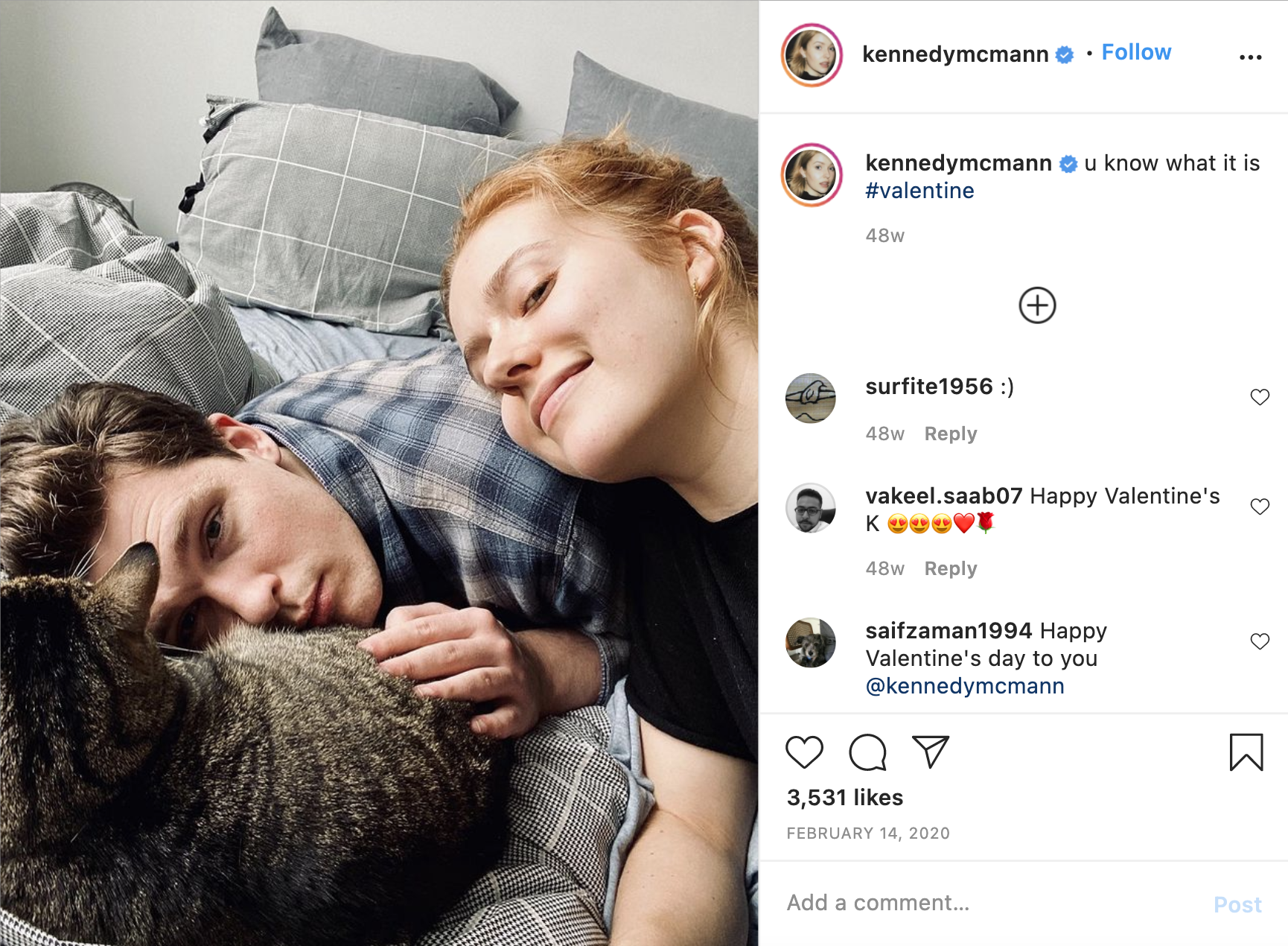 McMann never shied away from professing the depth of her feelings for her handsome beau even before they got engaged, mushily saying, “so incredibly stupidly grateful for my valentine, who without hesitation, loves me as an equal so fiercely and fully. who cultivates a partnership with me in all things, who challenges me and cheers me on, and confides in me. who never goes a day without showing deep affection and kindness. nothing makes me more fulfilled than the life we’re building together. you’re a real keeper. let’s climb some more cool mountains in the future. happy happy.” 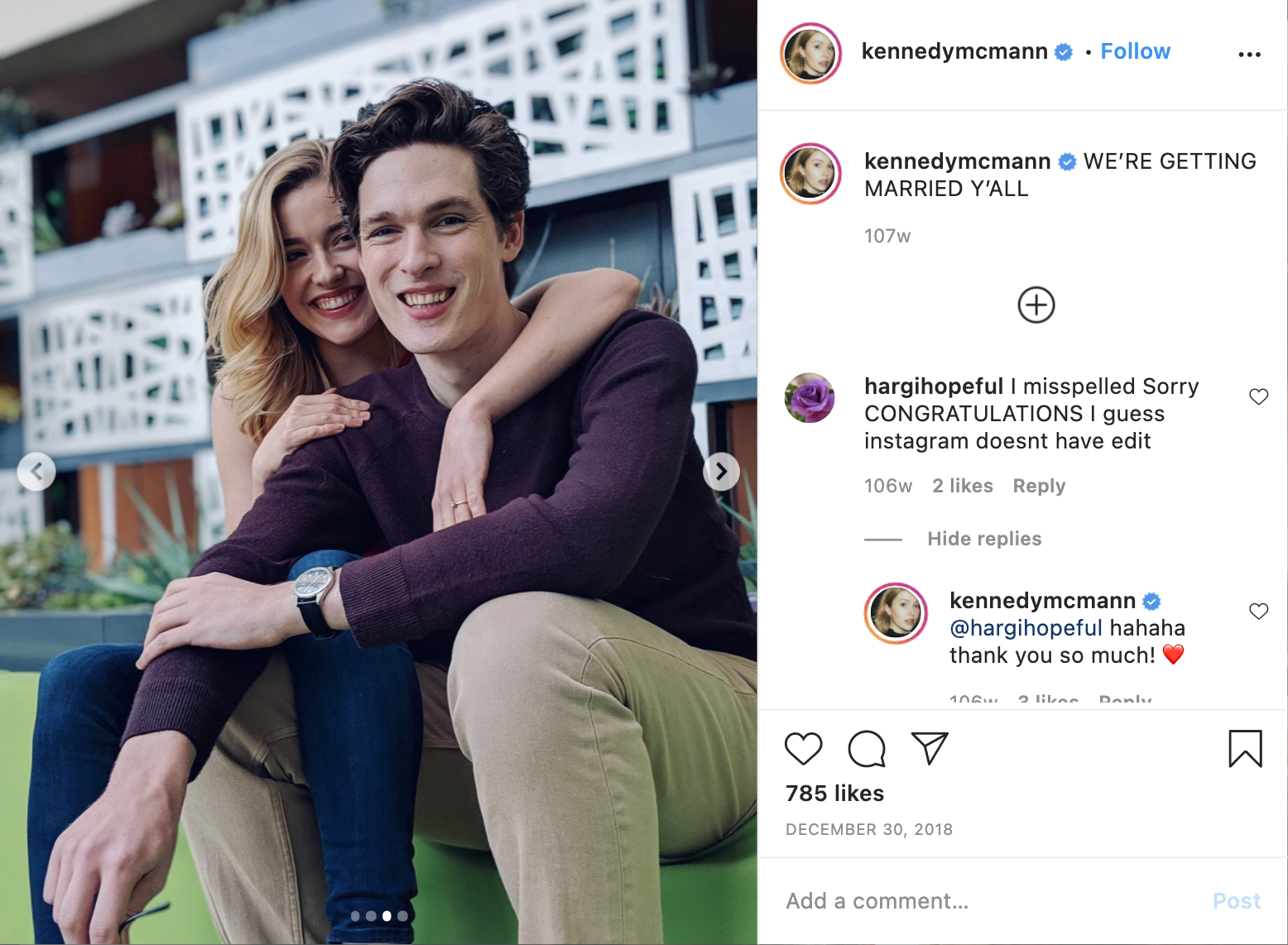 McMann announced her engagement to Sam on December 30, 2018, and continued to call him her “home” They quarantined together, and after relishing the feeling of being engaged for nearly two years, shared their wedding vows in November 2020. Instead of a grand ceremony, they chose to sign the “piece of paper” sanctioning their marriage discreetly. The couple made the promise to celebrate their union amongst friends and family later.

Reflecting on her smooth love life, McMann’s response on getting a callback for ‘Nancy Drew’ seems to fit perfectly well with it. On landing the main role, she humbly admitted, “You just never expect it. So many stars have to align, and I feel extraordinarily fortunate that it all came together in the way that it has. It doesn’t happen every day.” As far as their children are concerned, it seems like the newly married couple will wait for sometime before expanding their family.