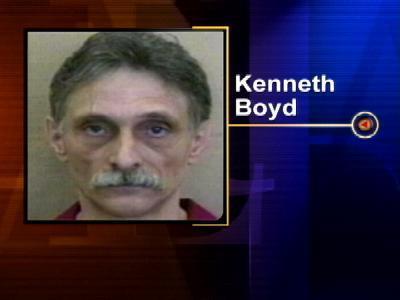 Investigation Discovery’s ‘Your Worst Nightmare: Home Invasion’ chronicles the brutal and horrifying shooting carried out by Kenneth Lee Boyd on March 4, 1988. Set in Stoneville, North Carolina, the episode showcases how gunshots broke through a still, peaceful night claiming the lives of Kenneth’s estranged wife, Julie Curry, and her father in a terrifying hate crime. Kenneth Lee Boyd got brutal revenge on his wife that fateful night, but is he alive or dead, and where are Kenneth’s and Julie’s children today? Let’s find out, shall we?

A veteran of the United States Army, Kenneth Boyd married Julie Curry after getting a divorce from his first wife. Along with their three children, the couple lived in a mobile home, a little distance away from Julie’s parents’ house. They were married for 13 years, and with each passing year, their marriage grew stormier. Kenneth was even accused of hitting and bruising his wife (though he was never convicted for it).

They became an on-again-off-again couple, going through numerous separations and reconciliations. During their separations, Boyd reportedly stalked Julie and crept around the couple’s mobile home, beating on things with a pipe to scare his wife and children. He often called Julie and told her, “This is your day to die,” and even once handed a note and a bullet to one of their children, instructing him to tell Julie that the bullet was meant for her.

In early 1988, the couple was going through one such separation, which resulted in Julie taking her children and going away to her father’s house. This angered Kenneth, who vowed revenge. On March 4, 1988, seething in rage, Kenneth went to Julie’s father’s house. With a .357 Magnum pistol at the ready, Kenneth entered the house and shot Julie’s father, Thomas Dillard Curry, twice. He then found Julie in the kitchen and proceeded to shoot her. Their son, Christopher Boyd, was pinned under Julie as Kenneth shot his wife eight times. The child managed to scramble out and hide under a nearby bed from where investigators later rescued him. 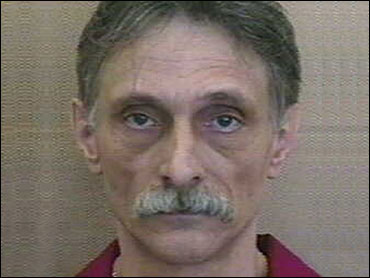 Another child tried to force Kenneth’s gun away from him when he was reloading but could not do so. After going out to his car to reload, Kenneth came back into the house and dialed 911. When the operator picked up, Kenneth said, “I’ve shot my wife and her father, come on and get me.” More gunshots were heard in the background of the 911 call. When the police arrived, Kenneth surrendered in the woods and gave a full confession.

At trial, his lawyers tried to argue that Kenneth suffered from several mental health issues stemming from his time in the Army. Yet, the judge gave him the death sentence on May 16, 1988. The North Carolina Supreme Court later overturned this sentence, but a new trial resulted in the same death sentence for Kenneth Lee Boyd in 1994. After the second sentencing, his subsequent appeal and request for clemency were turned down. On December 2, 2005, Kenneth Lee Boyd was executed by lethal injection. He was the 1000th person to be executed in the United States since the death penalty was reinstated in 1976.

Where Are Julie Curry and Kenneth Lee Boyd’s Sons Now?

Kenneth’s son from his first marriage, Kenneth Smith, was not a supporter of the death penalty as he claimed that the attention paid to the 1000th milestone had hurt his father’s chances for clemency. After Gov. Mike Easley denied the clemency request filed by Boyd, Kenneth Smith said, “He made one mistake, and now it’s costing him his life. A lot of people get a second chance. I think he deserves a second chance.”

Kenneth and Julie’s sons were put through hell on that fateful day when Kenneth decided to gun down their mother and grandfather in cold blood. They survived from the jaws of death and were rescued by the police after Kenneth’s surrender. All three sons, Cristopher, Jamie, and Daniel, were raised by Julie’s mother, Hilda Marie Curie. They had not met their father face to face since he was sent to death row. The terrors of that night remained so strong in the boys’ minds that they refused to sleep alone, and Hilda had to buy a bigger bed so that they could sleep together or with her. Having grown up, it seems as though they still face this issue.

After the murder, each of Hilda’s children offered to take in one of the boys, but Hilda did not let them get separated. Christopher, Jamie, and Daniel all preferred to stay out of the spotlight and decided not to witness their father’s execution. According to Hilda, all three sons are truck drivers by occupation and are doing well as adults. Although they believe that their father has paid for his crimes, they say that his death did not end the nightmare they have been living since the murder.