Is King Kong Based on a True Story? 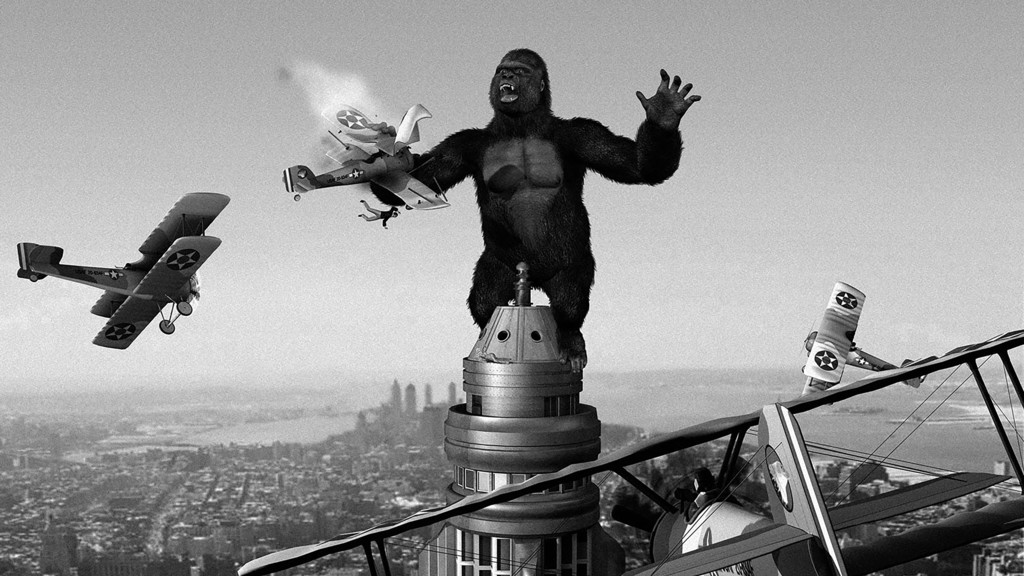 Directed by Merian C. Cooper and Ernest B. Schoedsack, ‘King Kong’ is a sensational monster horror film released in 1933 as part of the Pre-Code era of Hollywood. It follows the damsel-in-distress and the beast trope, embellished with mechanized monsters and jungle thrill in the uncivilized Skull Island in the Indian Ocean. The titular giant gorilla-like beast is worshipped by its cannibalistic natives. When an ambitious filmmaker, Carl Denham, and his crew find themselves on the island, they manage to capture the beast, thanks to Kong’s fascination with Ann Darrow, their actress.

Enticed by the attention and profit he could draw, the filmmaker brings King Kong to New York, where he is chained for a ticketed exhibition. All pandemonium breaks loose when Kong breaks his bonds and sets off on the streets of New York, carrying Ann Darrow with him. The success of the fantasy movie turned it into a franchise, with around 12 films featuring King Kong. If you’re eager to know about the origin of the narrative of ‘King Kong,’ we’ve got you covered.

Is King Kong a Real Story?

No, ‘King Kong’ is not based on a true story. Driven by a script penned by James Ashmore Creelman and Ruth Rose, it is a work of fiction stemming from the active imagination of the director Merian C. Cooper. A self-proclaimed “adventurer” by profession, he led a life no less than an action-packed Hollywood blockbuster. He was a former fighter pilot and a war hero who was held as prisoner-of-war for nine months. Cooper then went on to travel, creating films of people and animals in collaboration with his friend Ernest Schoedsack. 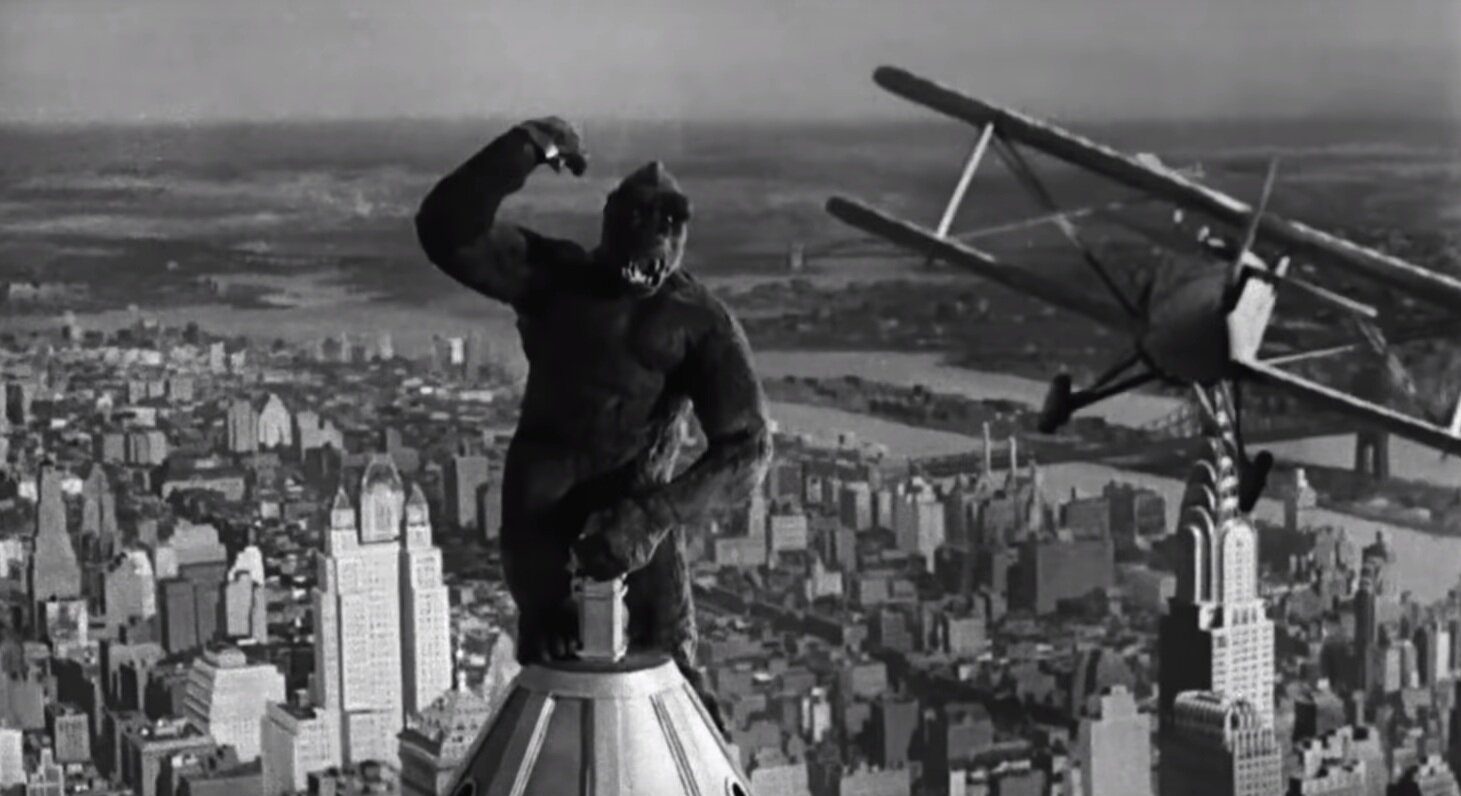 The duo eventually developed these nature documentaries with a storyline to add to their entertainment value. The plot of King Kong took shape as Cooper was inspired by an expedition of one of his peers, William Burden, according to Tom Baione, the director of library services at the American Museum of Natural History. One can draw quite a few parallels between Burden’s story and that of the film, making Baione’s statement quite credible.

As per Baione’s conversation with Inverse, Burden set out to capture a specimen of a Komodo Dragon in the wilderness of modern-day Indonesia. He was accompanied by his wife, a cameraman, and a herpetology professor on this exotic adventure; he was also offered a hunting party of 15 by the local raja. Rumored to be about 30 feet long, a Komodo Dragon was clearly a beast to contend with. They heard a multitude of stories of the formidable nature of these creatures, easily finishing off a buffalo for a meal and effortlessly destroying the vegetation around them.

While laying traps, Mrs. Burden happened to come face-to-face with one Komodo Dragon when she strayed away by herself, as per Baione’s account. Paralyzed by fear, she stood transfixed as one of the hunters got there just in time to shoot it down. This anecdote is what is believed to have become the precursor to the scene of Ann Darrow helplessly flailing in King Kong’s grip, going by the helpless woman and the beast trope. 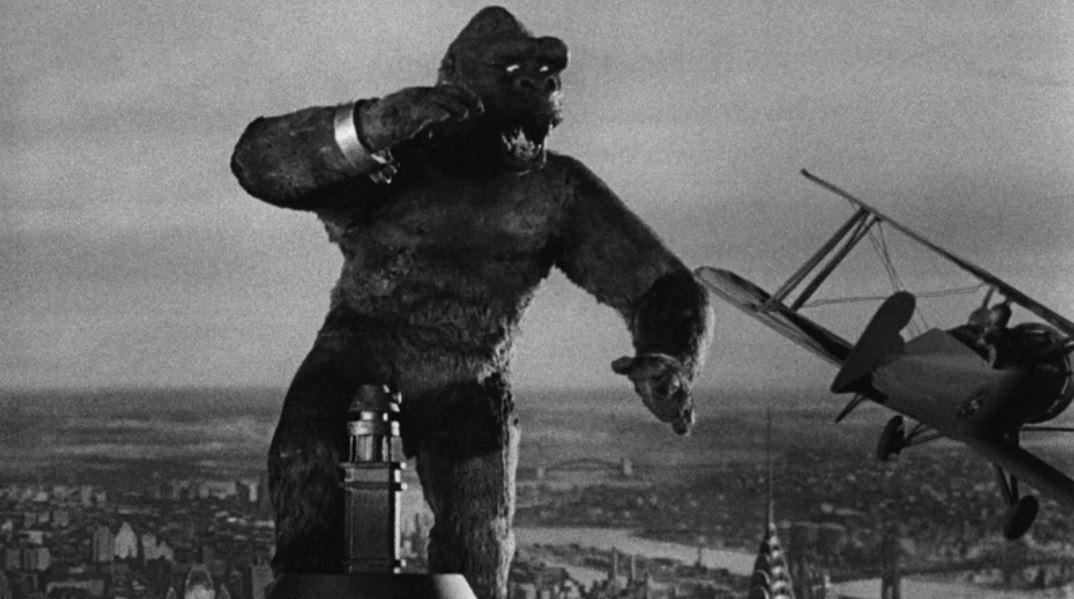 When the Burdens returned to the US with two Komodo Dragons to be presented at a zoo, the crowds came pouring in by the thousands, only to be blown away by the gorillas presented at the same show, stealing the Burdens’ thunder. To the Americans, during that time, gorillas were no less than mythical creatures found in tropical regions.

Therefore, when Cooper and Schoedsack came across an ape family during their nature photography expedition, they had no doubt what their next film would be about. Cooper had a love for gimmicks. His initial idea was of a fight between a 12-feet tall ape and a Komodo Dragon. That was before he laid eyes upon dinosaur model tests created by the animator Willis O’Brien for another feature film. It was then that he thought of a gorilla fighting a dinosaur. That’s how King Kong became a gargantuan gorilla.

While ‘King Kong’ is not a true story, some real-world wisdom can be taken away from the film. It can be seen as a cautionary tale as to what happens when you meddle with nature for mere profitability. The destruction and horror depicted in the movie can only suggest one thing, the laws of nature cannot be messed with.