16 Best Monster Movies of All Time

Monsters have always fascinated and scared us. Some people believe they exist, while some don’t; but we all have heard their stories from our parents, who in turn, have heard them from their parents and so on. We have mostly based monster stories on the figment of our imagination, giving them all kinds of superpowers and hideous personalities one can think of. But Hollywood has gone one step ahead of us and turned our monster tales into movies, giving our imaginations a shape and form. From far away in space to deep down inside the earth, filmmakers have brought out monster stories from every comprehensible (sometimes even non-comprehensible!) corner and given us memorable films, a random list of which is presented below. We don’t know whether monsters exist for sure, but these films have only made our beliefs stronger. Here’s the list of top monsters movies ever. You can watch some of these best monster movies on Netflix, Hulu, or Amazon Prime.

While science defines the microscopic amoeba as a single-celled organism that moves forward with tiny projections and even eats that way, the independently-made 1958 sci-fi horror film ‘The Blob’ saw a similar creature, which appeared from outer space, crashing into the earth with a meteorite. It devours everything that comes in its path and keeps growing bigger each time he swallows a human, turning deep red in color. The monster from outer space gave other directors the inspiration and they started coming out with their own versions of the single-celled blob that spares none. 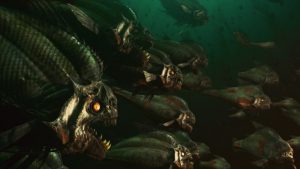 Although the myth has been busted several times over that this freshwater fish can tear apart a human or an animal in seconds, Hollywood filmmakers haven’t given up on that legend yet! Depicting the predatory fish with sharp, serrated teeth and jaws powerful enough to sever down a human into pieces, many movies have been made on the South American native fish. The recent in the collection was Alexandre Aja’s ‘Piranha 3D’, which was more of a sleaze fest than a horror movie, yet portraying the fish as monsters fully well. Nonetheless, the carnivorous fish have fascinated movie makers enough to come up with more such gory depictions of the toothed water dwellers. 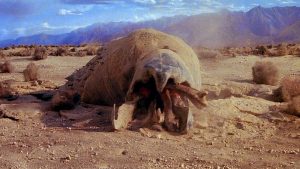 While we might think of sandworms as harmless invertebrates, Ron Underwood, who made the Kevin Bacon-starrer ‘Tremors’ back in 1990, thought otherwise. Depicting them as gigantic, eyeless grubs with three powerful tentacles to grab on to their prey and hooked mandibles to eat with, Underwood’s version of the grubs was nothing short of monstrous. With three more installments that followed the original film, graboids as they were termed in the franchise, had quickly become a sensation, giving them a coveted place in the list of monsters in Hollywood! 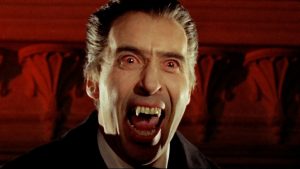 In existence post Bram Stoker’s 1897 novel “Dracula”, vampire tales have been around ever since. And filmmakers have never missed the chance to bring the blood-sucking monster to life time and again on the silver screen, the first film being the skilfully-made ‘Dracula’ that came out in 1931. Considered a classic in the horror genre, vampire movies have piqued audiences’ interest over the years, making the caped Count one of the hot favourites of viewers and filmmakers alike. 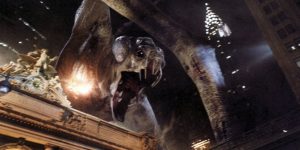 When the producer of the 2008 movie ‘Cloverfield’ went on a trip to Japan, he was surprised by the countless number of Godzilla toys that the country had in almost every store. That gave him the idea to bring an even bigger monster that Americans could call their own! So he guided his artist to come up with Clover’s design that was bigger than the Statue of Liberty and more powerful than two Godzillas combined. The repulsive quadrupedal monster, which was resistant to artillery, missiles and bombs, toppled Liberty’s head over and that was exactly when we ducked, hoping we didn’t meet the same fate! 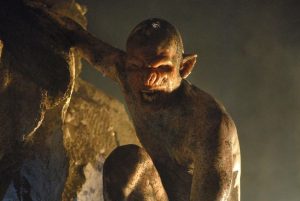 Neil Marshall’s British horror movie ‘The Descent’ was the story of six friends, who decide to go on a spelunking adventure a year after the protagonist loses her family in an accident. While one of her friends purposely brings the lot in the unknown part of the caves so that they could set their past differences aside and reconcile, the group realizes they are trapped in the dark with no chance to escape. One after the other they start falling prey to strange cave-dwelling humanoid monsters that survive on flesh. Dubbed Crawlers, the odd monsters are blind, but are excellent climbers with a keen sense of hearing and smell. The cave dwellers were one category of monsters we truly don’t want to encounter IRL! 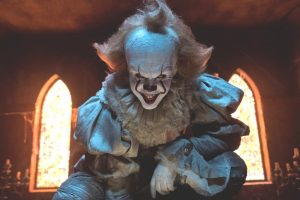 Stephen King, the undisputed king of horror fiction, wrote “It” several years ago, which narrated the story of an ancient trans-dimensional, malevolent being, who awakened from hibernation every twenty-seven years to feast on flesh of children, whose primal fears manifest in many terrifying forms, eventually making them tastier. Appearing through the sewers, the dancing clown Pennywise, who takes on monstrous forms, became the focus of Andy Muschietti’s 2017 film ‘It’. Bill Skarsgard became the eponymous character and the monster-clown or clown-monster (scary in any way!) sure gave us some sleepless nights!

We all know how the ancient Egyptians embalmed their dead kings and queens to preserve the bodies so that it would ease their transition into the afterlife. We’re not sure if the deceased really went into the afterlife, but Hollywood film directors have surely gone a step ahead in bringing the dead back to life with their movies! Portrayed as monsters that come back to avenge the past or simply to attend to unfinished business, mummies have been around in Hollywood almost since the time they started getting mummified! With Stephen Sommers’ 1999 film ‘The Mummy’ standing out in the lot, the last mummy experiment came in the form of Tom Cruise-starrer that released in 2017. 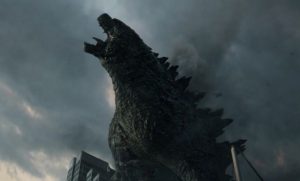 A kind of pop culture icon today, Godzilla, originally known as Gojira in Japanese (from the country it originated), is a prehistoric creature, which people believe has awakened due to nuclear radiation and it first appeared in the movie of the same name in 1954. Since then, the monster, which is said to be a cross between a gorilla and a whale, has been terrorizing us through umpteen movies that have portrayed it in a negative light. The best one yet was the 1998 movie ‘Godzilla’, starring Matthew Broderick, Hank Azaria, Jean Reno and Maria Pitillo, which depicts the creature rising from a failed nuclear test, wreaking havoc in NYC. And guess what, Godzillas will only keep rising on the big screen, fighting off other repulsive monsters as long as filmmakers keep getting their inspirations! 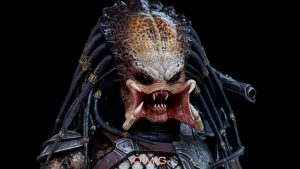 Known simply as Predator, this xenomorph is an extra-terrestrial life form, with a technologically advanced body to track and hunt humans. Directed by John McTierman and starring Arnold Schwarzenegger in the movie of the same name, the creature feature is one of the highly rated movies that had an alien monster at the helm of things. The predator loved to skin his victims and collect their bodies as trophies rather than kill them for food. Many such movies were made, where creatures from the other part of the universe inflicted injuries on earthlings, but Arnie’s film had a good story to narrate too! 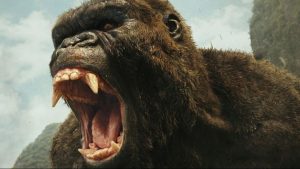 On the big screen since its first appearance in 1933, ‘King Kong’ told the story of a giant, monstrous gorilla, which is sometimes also portrayed as the tragic anti-hero, while mostly as the antagonist in films. Although not as gruesome as the other monsters that filmmakers have come up with, the inhabitant of Skull Island is also worshipped by the island dwellers for protecting them from all kinds of predators. Depicted as a bipedal, but walking with a hunch, the monster has bloodshot eyes and sharp teeth and a face that resembles half-man, half-beast, making King Kong one of the most intimidating creatures ever to come alive on the big screen. 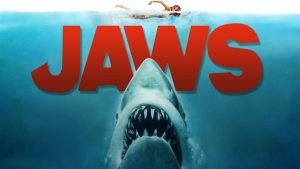 Sharks have scared us no matter what! Even the sight of a mere fin poking out of the waters can send shivers down our spine. Acclaimed filmmaker Steven Spielberg grabbed the opportunity to make a full-length horror movie on Peter Benchley’s novel named “Jaws”, which told the story of a monstrous man-eating great white shark that lurked beneath the waters of Amity Island and attacked vacationers that jumped into the water to cool off. Spielberg’s 1975 movie ‘Jaws’ was a huge hit and it spawned several mutant shark movies later on. 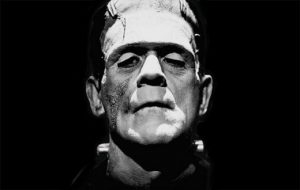 When English author Mary Shelly brought to life a monster she named after its creator, little did she know that there would be a string of movie adaptations on her literary work. Her original story followed the experiments of scientist Victor Frankenstein, who in a bid to create life from dead body parts, accidentally creates a grotesque monster, who escapes into the wild, as people are terrified at its sight. Believing that his creator put him in such a situation, Frankenstein wishes to exact revenge. The first Frankenstein film came out in 1931 and director James Whale walked away with all the praises for staying true to the monster tale. 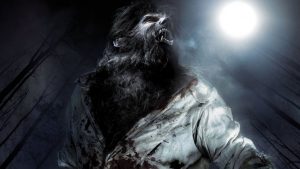 Werewolves have been a part of European and American folklore since time immemorial and people have believed that men can turn into a lycanthrope and back, either following a curse or due to some other werewolf’s bite. Hollywood moviemakers have also cashed in on the opportunity and made several films on the part-human, part-wolf creature and minted millions out of it. These lycans have been depicted in horror films, most of which went on to be hits at the box office, the best one being John Landis’ ‘An American Werewolf In London’ that released in 1981. Seems, the movie industry’s love for the mythological creature will never die down! 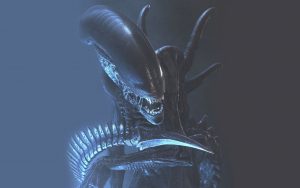 The Greek words “xeno” meaning strange and “morphe” meaning form, can roughly translate into life forms that are extraordinarily odd, in the English language. And that is exactly from where director Ridley Scott got an idea to base his strange-looking creature in the 1979 film ‘Alien’. Starring Sigourney Weaver as the leading lady, who goes into space with her astronaut teammates only to encounter a deadly form of alien life, the sci-fi horror film gained cult status among viewers for its portrayal of the space monster. Loads of movies post its success came up with their versions of xenomorphs, but none was as memorable as the one from ‘Alien’. 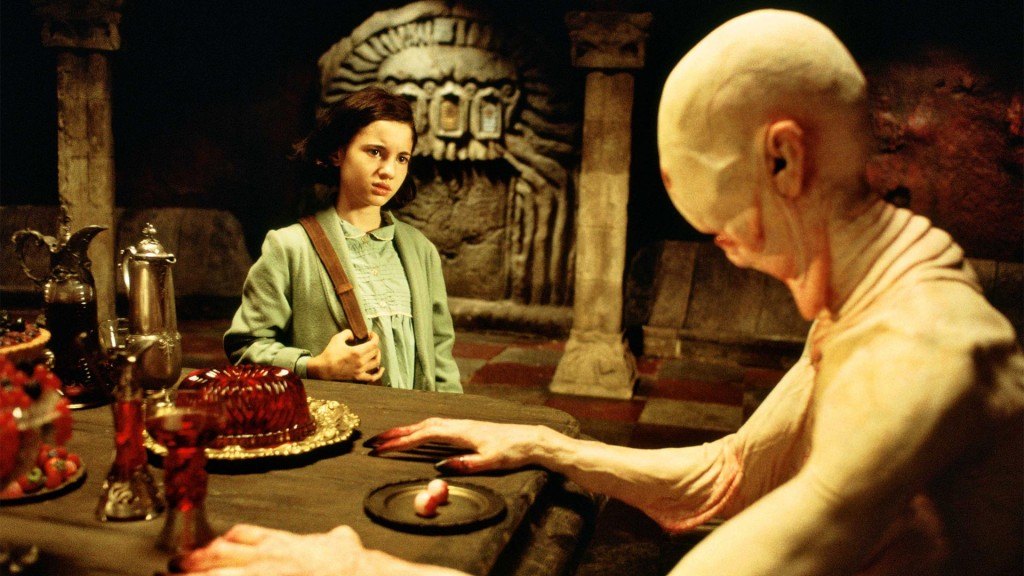 This highly acclaimed 2006 Spanish-Mexican feature is arguably the best work of Guillermo del Toro, who is known for his dab hand at dark fantasy. It is an equivalent of ‘Alice in Wonderland’ for adults. It tells the story of Ofelia, a girl in 1940’s post-civil war Spain who ventures into an underground, insect-ridden labyrinth (Del Toro’s trademarks) and visits Pan, for whom she must complete three tasks to become who she truly is – Moanna, the princess of the underworld.  Beautifully composed by Javier Navarrete, gloriously imaginative in the way its central quest is structured around Ofelia (a startling Ivana Banquero) and boasting del Toro’s most strikingly twisted designs and concepts, It uses minimal CGI, relying on animatronics and makeup instead, which enhances the experience further.