12 Best Witch Movies of All Time

Witch movies are often very creepy and features interesting stories mostly involving black magic and witchcraft practices. Horror filmmakers are often fascinated by ancient time periods and the bizarre rituals that were in practice back then and this relentless obsession drives them to come up with intriguing stories about witches that are quite mysterious and often seductively creepy. While most movies about witches have often been ridiculously blown over the top and turned into cheesy horror fests, we’ve also had a few cinematic gems that have managed to stand the test of time.With that said, here’s the list of top movies about witches ever. You can watch some of these best witch movies on Netflix, Hulu, or Amazon Prime. 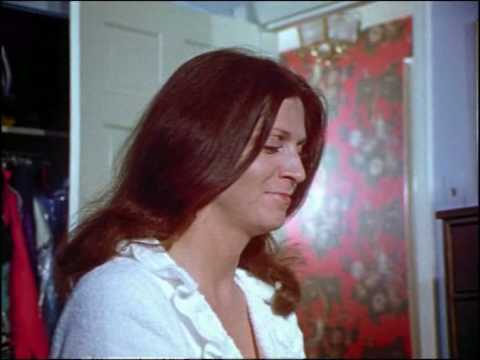 ‘Season of the Witch’ depicts a bored housewife who finds out about a woman who practices witchcraft. She becomes increasingly fascinated by it and gets involved in the dangerous occult. Written and directed by George A. Romereo, the film was noted for its rough style and bizarrely edgy, over-the-top approach and now looks a tad bit dated but is nevertheless fascinating to watch the director evolve with his craft. The film was originally ‘Jack’s Wife’ with Romeroe himself handling all the major aspects of the film but the distributor would butcher major parts of the film and change the title to ‘Hungry Wives’ and tried to market it as a softcore pornography flick but failed to find audience and would then be re-released years later under the title that we know today. 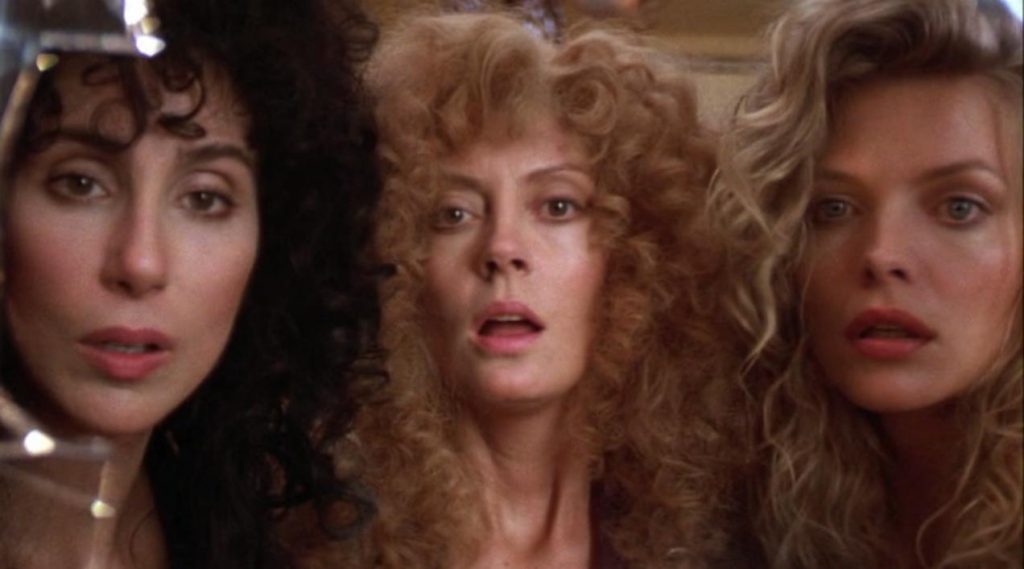 You can’t really go wrong when you have actors like Jack Nicholson, Susan Sarandon and Michelle Pfeiffer in your film. And George Miller’s fantasy flick doesn’t hit a bad note here in delivering a quirky storyline with a great mix of horror, fantasy and comedy. The film revolves around three women who have their wishes and desires granted when a charming man enters their lives. It takes some bizarre twist and turns as the film progresses and to delve more into it would be denying you the sheer pleasure and fun of experiencing the film as a whole. There are elements that are wildly blown over-the-top with its comedy and fantasy elements but nothing really hampers the tonality of the film which is what makes it such a an enjoying watch. 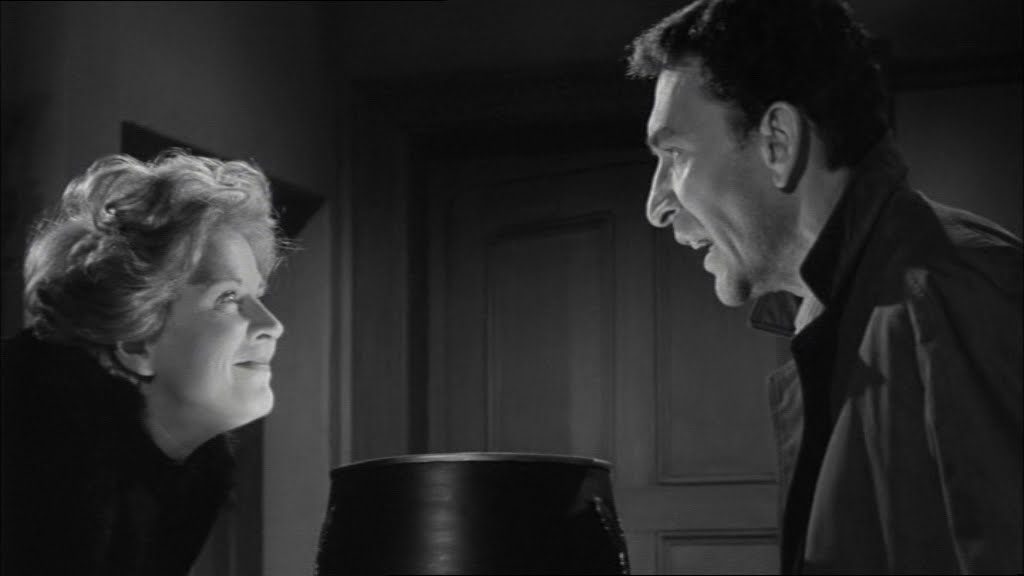 Adapted from a novel written by Fritz Leiber, this horror classic tells the story of a woman whose husband discovers her bizarre longtime fascination with witchcraft. The plot intensifies as evil spirits come to haunt their lives and things become increasingly complex and twisted. ‘Night of the Eagle’ is a deeply layered, incredibly atmospheric piece of horror with some nerve-racking moments captured with terrifying intensity and Sidney Hayers’ astute vision results in one of the finest examples of genre filmmaking. 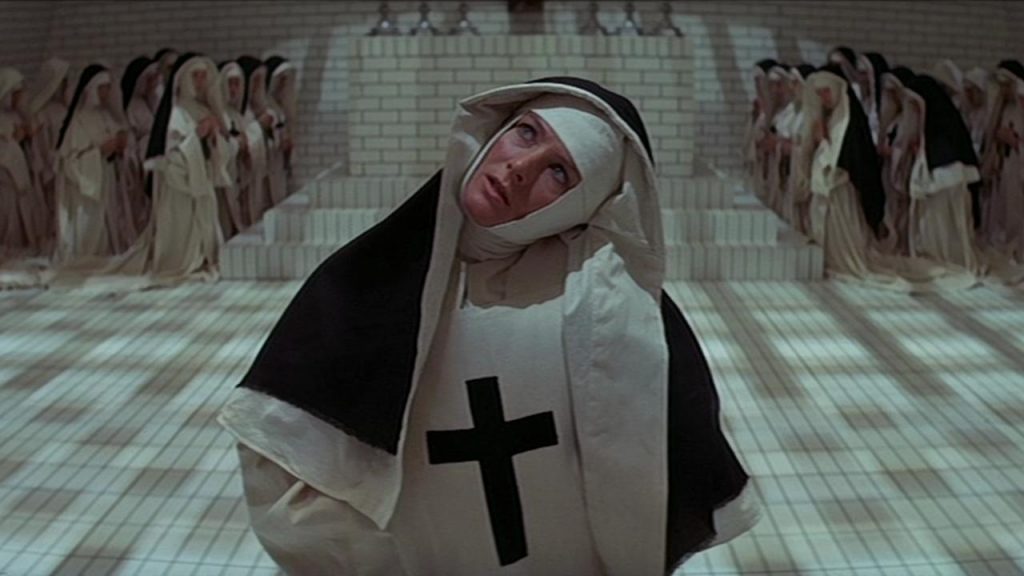 Ken Russell’s disturbing horror drama documents the life of a 17th century priest who develops a strong cult following among nuns with his wildly unconventional views on sex and religion. Repressed sexuality is one of the major themes of the film and Russel’s vision of John Whiting’s original novel is startlingly authoritative and fascinatingly independent. While its artistic merits remain undisputed among critics and movie goers, the film generated significant controversy due to its provocative content and bold visual style featuring numerous violent scenes that were regarded as highly disturbing for its time. 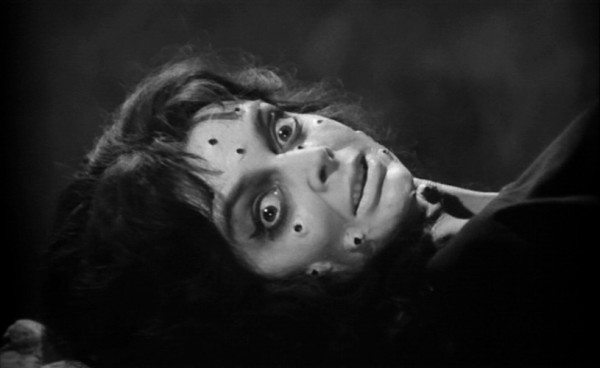 Mario Bava’s iconic gothic horror flick tells the story of a witch who is killed by her own brother and returns about two centuries later to seek revenge on the descendants of those who betrayed her. Bava is a master of his craft and it shows in this film as he constructs a frightening atmosphere while keeping the narrative simple which makes it a very involving experience. The cinematography is particularly remarkable and forms the core of storytelling here as it invites you into the world of Bava’s vision. 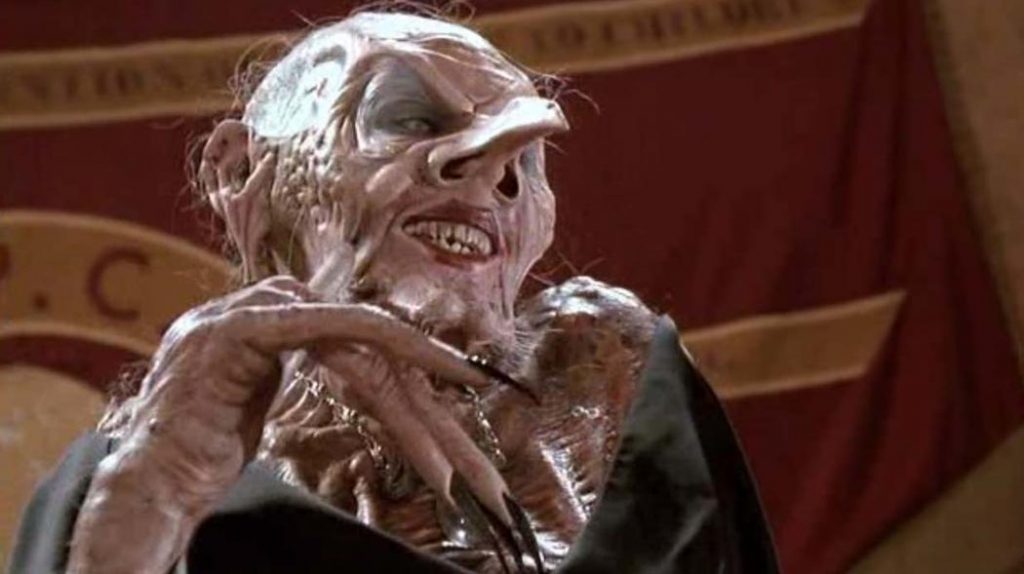 ‘The Witches’ can be an incredibly challenging experience and may even come off as a bit too weird and eccentric but is solidly ambitious and inventive enough to satisfy you on many levels. The film follows a young boy who comes across a witch’s convention must prevent them from destroying the children of the world even after he is turned into a little mouse. The wicked humor may take its time to grow on you but there’s a certain charming quality to it that makes the film such a pleasant watch. It’s dark, funny, endearing and endlessly entertaining. 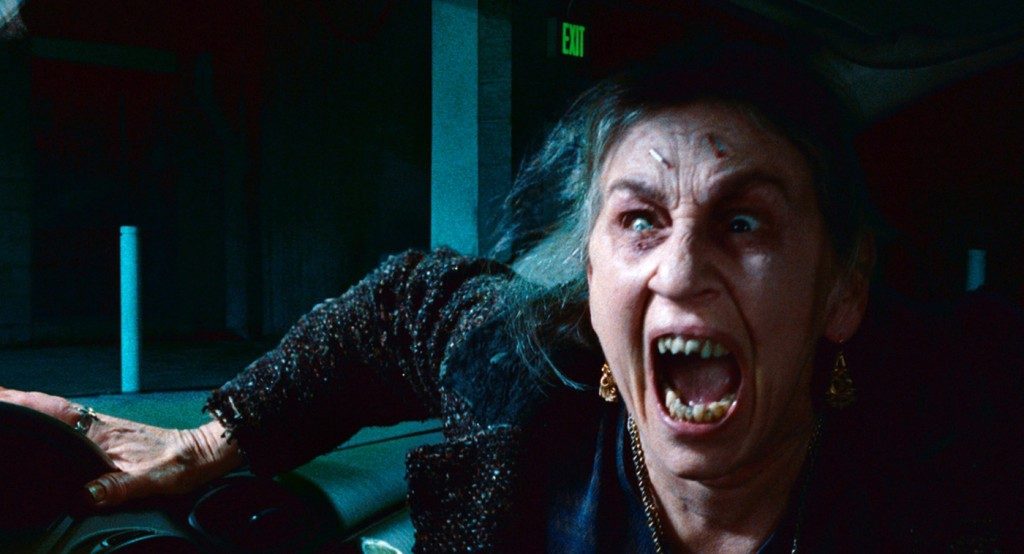 Sam Raimi just never fails to entertain you. His authoritative command over the medium is often overlooked and though his works like ‘The Evil Dead’ trilogy and ‘A Simple Plan’ are highly regarded among fans, this gem remains underrated for some reason. ‘Drag Me to Hell’ received critical praise at its release but it has somehow, over the years, slipped into obscurity. The film tells the story of a loan officer who denies loan extension to an old gypsy woman. Life never remained the same for her as the gypsy woman placed a curse on her and she tries to fight her way out of the plight. While not as atmospheric as ‘The Evil Dead’, the tight plot construction makes for a thoroughly satisfying experience. 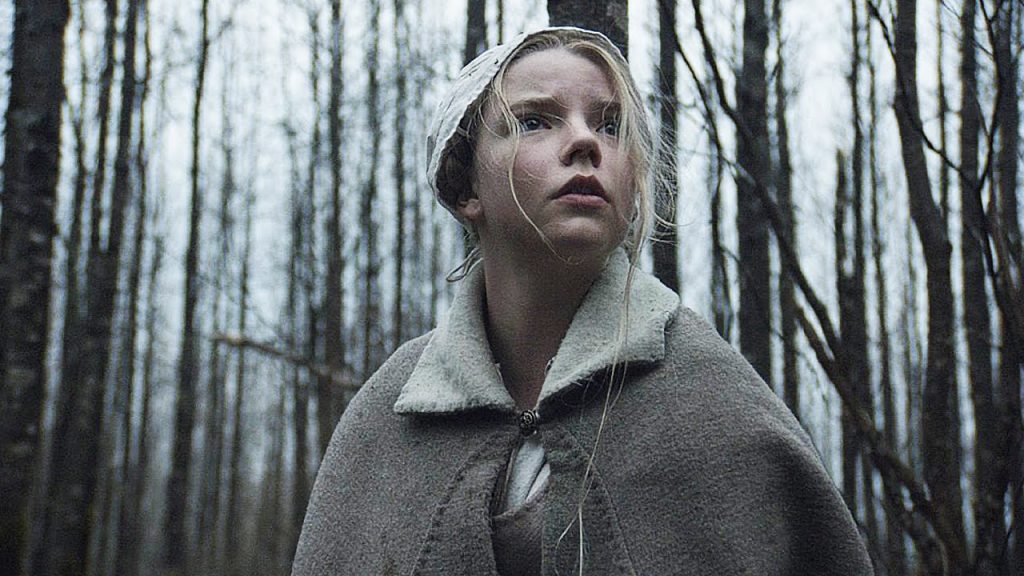 Robert Eggers’ highly impressive feature film debut depicts a family in 17th century New England, wrecked by evil forces of black magic, witchcraft and demonic possession. Eggers’ bold take on the subject and languid pacing of the narrative make it a lesser accessible film for audiences looking for explicit gore and jumpscares. The film raises some serious questions on Christian faith and is immensely thought-provoking, almost transcending the genre with its thematic strength and more visually driven approach. ‘The Witch’ must be watched for its bold, exquisite use of the cinematic language in a way that demands your emotional investment, which is a rarity these days in horror. 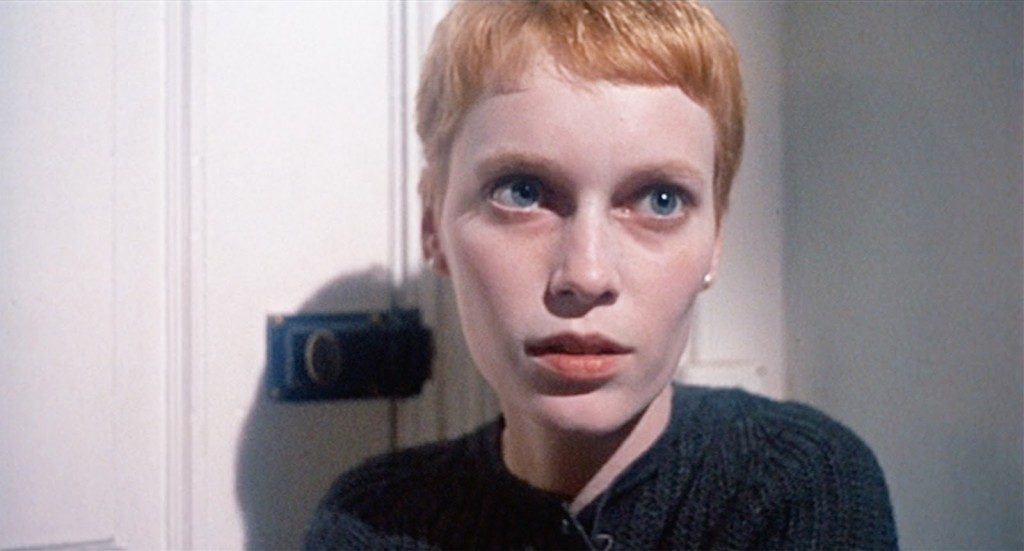 Roman Polanski’s iconic horror drama centers around a pregnant woman who begins to experience strange things after moving into a new apartment with her husband. She fears for the safety of her child and turns increasingly paranoid as her strange neighbors and the mysterious occurrences push her to the very edges of sanity. Witchcraft is pretty much central aspect of the storyline and Polanski masterfully uses it convey themes of paranoia, maternal love and the feminine psyche. While the film and Mia Farrow’s performance often divides cinephiles, there’s no denying that ‘Rosemary’s Baby’ is one of the most important horror movies ever made. 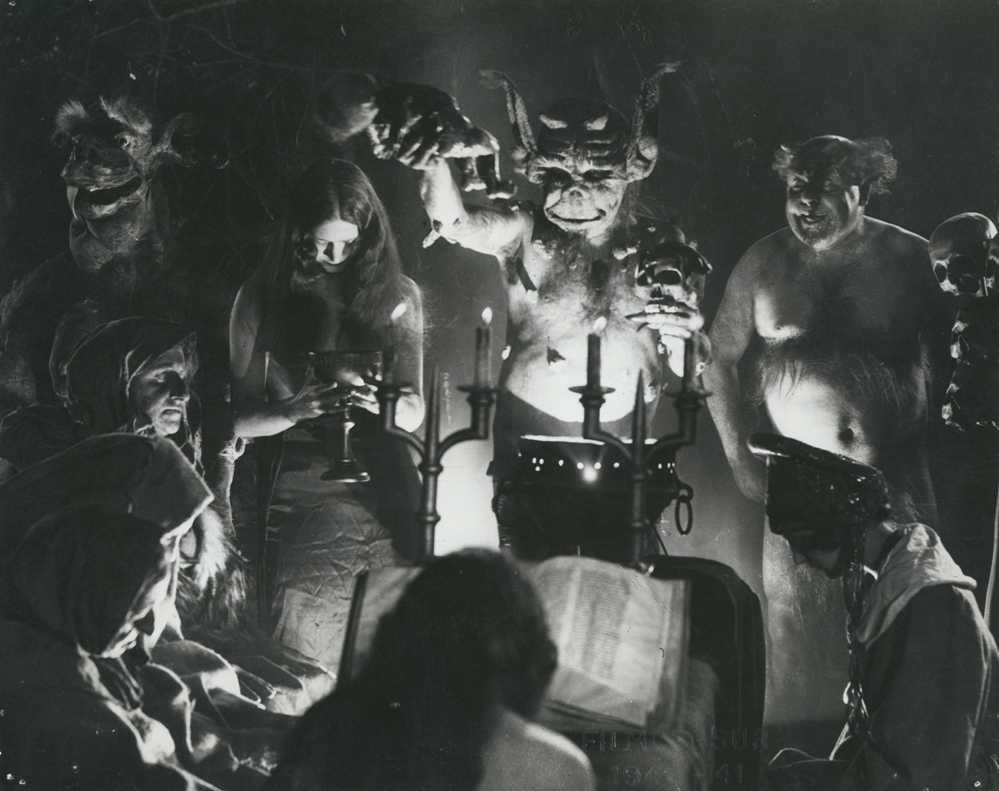 This silent Scandinavian horror flick was widely noted for its visually explicit style, featuring scenes that depict nudity, torture and sexual perversion. The film chronicles the history and evolution of witchcraft right from the middle ages to the early 20th century. It was famously banned in the United States and heavily censored in many other countries but its surrealist style and bold approach has attracted the attention of many viewers as it managed to garner a strong cult following over the years. ‘Haxan’ is today widely regarded as one of the greatest horror movies ever made. 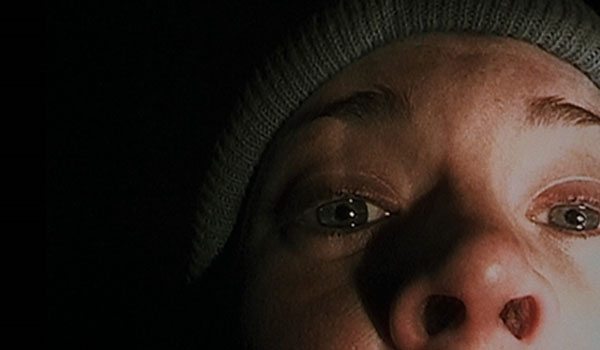 ‘The Blair Witch Project’ chronicles the fictional events involving three student filmmakers set out on a journey into the Black Hills in Maryland to film a documentary about a local legend known as the Blair Witch. However, things turn increasingly frightening as the three end up disappearing and we, audiences are left with the “recovered footage”. The film was a landmark achievement in the horror genre and is noted for popularizing the found-footage film technique which was later employed by many horror movies. The startlingly realistic effect it manages to bring in makes for a thoroughly discomforting experience and gives the film a rare, distinctively authentic quality. 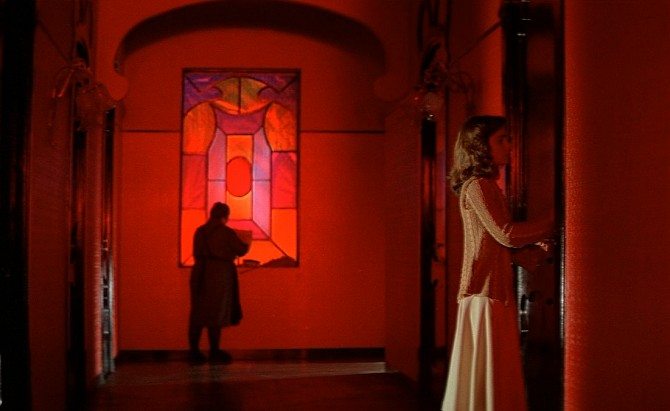 Master horror filmmaker Dario Argento altered the landscapes of the genre with this cult classic, turning it into what see it today. It would seem difficult for modern movie goers to appreciate ‘Suspiria’ because its originality factor may not translate well now as many of its stylistic aspects, storylines, plot tricks have now become mainstay of the horror genre. The film is about a young Ballet dancer who comes to a prestigious ballet academy but realizes that the places is so full of creepy witches. ‘Suspiria’ is the kind of film that wouldn’t just entertain you but also grows on you the more you think about it because Argento’s mastery at world building makes for an immensely powerful visceral experience.