Is Lili Reinhart’s Natalie Pregnant in Look Both Ways? 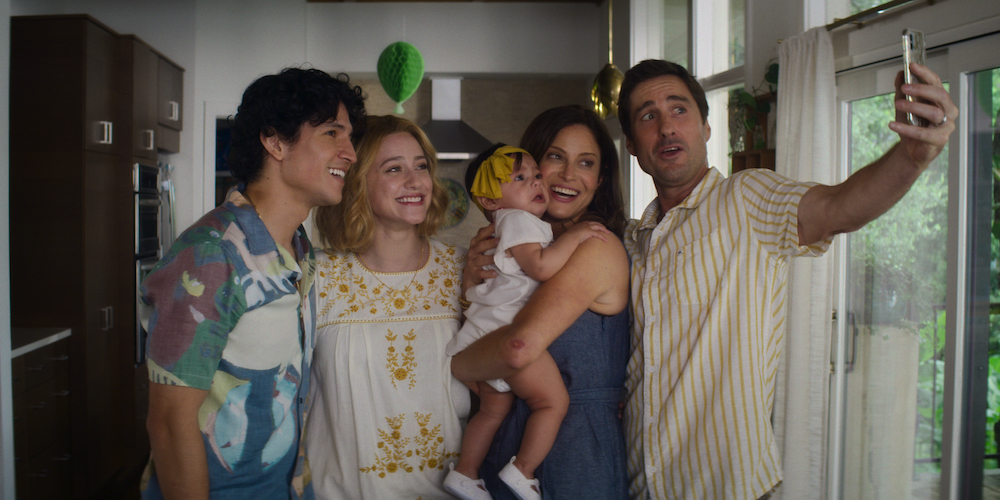 Netflix’s ‘Look Both Ways’ is the story of a girl named Natalie, whose life takes two different turns based on the outcome of a pregnancy test. There are two possibilities- either the test is positive or it is negative. The film takes Natalie along two different paths, showing the audience what twists and turns await her in both timelines. Soon enough, it also becomes clear that the general direction of Natalie’s life remains the same, though the people around her might be a little different in both cases. The end adds another layer to the story when we the original Natalie again. What does it mean for her? Is she pregnant or not? Let’s find out.

The central event of ‘Look Both Ways’ is the one where Natalie finds out whether or not she is pregnant. Everything that happens after hinges on this one event that changes the course of Natalie’s life. At the beginning of the film, we don’t get a concrete answer because we see her life go both ways. We see the timeline where she is pregnant, has the baby, and falls in love with Gabe. In another timeline, where she is not pregnant, she goes to LA, meets Jake, and her life and career follow a different trajectory.

At the end of the film, we see both her versions return to the place where they’d held the pregnancy tests in their hands, hoping for a better outcome. Here, we see the original version again, wondering what happens next. Because only one of those timelines can happen for Natalie, the question surrounding her pregnancy becomes all the more imminent. But then, that’s not the point of the story.

After all is said in done in both timelines, we discover that Natalie does get all that she’d wanted, though in a different manner than she’d previously imagined. In the timeline where she gets pregnant, she hadn’t thought about having a child at the age of 22. But five years later, she has a burgeoning, if not established, career in animation. She is on the path that she wanted to be on five years ago. She also finds love with Gabe and they have a child together. Having a family by this time was not in the plan, but that doesn’t mean that her life is any less than she’d wanted.

Similarly, in the other timeline, things don’t go as smoothly as Natalie had imagined. She is fired from her job, she is called unoriginal by her idol, and she breaks up with the man that she’d been planning a future with. Even after spending all this time in LA, she has to come back home to clear her head. Even after following the plan that she’d made for herself, she feels like she has achieved nothing. She feels like starting from scratch, and that’s when her life changes. Her film makes it to SXSW and Jake comes back into her life.

Through both timelines, the film sends the message that, pregnant or not, Natalie is going to be alright. She might feel like she is off track or that she has not done anything of value, but life will take its course and she’ll find a way to live her dream. So, she could be pregnant, or not. Life could go either way for her, just as it could go either way for the viewer. Through Natalie’s story, the film gives the viewer a chance to reflect upon their own life and reconsider all the plans they thought they should’ve stuck to, and believe that no matter what you think, life is still on track and you’ll be where you’re supposed to be in your own time.

While Natalie’s pregnancy remains in the bracket of just another possibility, if you are wondering whether actress Lili Reinhart was pregnant during the film, the answer is no. She was not. Despite the rumors about her pregnancy, which circulated in 2018, Reinhart hasn’t yet become a mother yet. In an interview with Today, she said that it was more exciting for her to play the timeline where Natalie is pregnant and becomes a mom because she hasn’t experienced motherhood and it was something new for her to explore through the character.

Read More: Is Look Both Ways Based on a Book?