Is Little Birds Based On A True Story?

Developed by artist and screenwriter Sophia al Maria for the original network Sky Atlantic, ‘Little Birds’ is an enthralling and underrated drama series of scintillating importance. Loosely based on the eponymous collection of saucy stories by Anais Nin, the story revolves around four characters who come from diverse cultural backgrounds and walks of life. As they are plunged into a hidden world of intrigue, their tales of personal liberation mirror a larger narrative of social and political change. If you are asking whether the story is rooted in reality, let us initiate a discussion.

Is Little Birds Based On A True Story?

No, ‘Little Birds’ is not based on a true story. However, as series creator Sophia al Maria gives the risqué material a politically charged makeover, the peculiar tales of the characters are given a broad historical context. As stated above, the series was created by Sophia al Maria from the eponymous collection of erotic short stories penned by American-Cuban-French author Anais Nin. The producers at Warp Films initially wanted to make a series of short sketches revolving around the theme of sex, and in their imagination, the series would contain some 50s melodrama in the veins of Rainer Fassbinder and Douglas Sirk. Through Mary Burke, they met Sophia and the series gradually took its final shape. The creator wanted the series to be fun, outrageous, and yet insightful in its exploration of diverse sexual identities. The result is a punk sensibility that does not take itself seriously but is guided by a progressive outlook towards society. 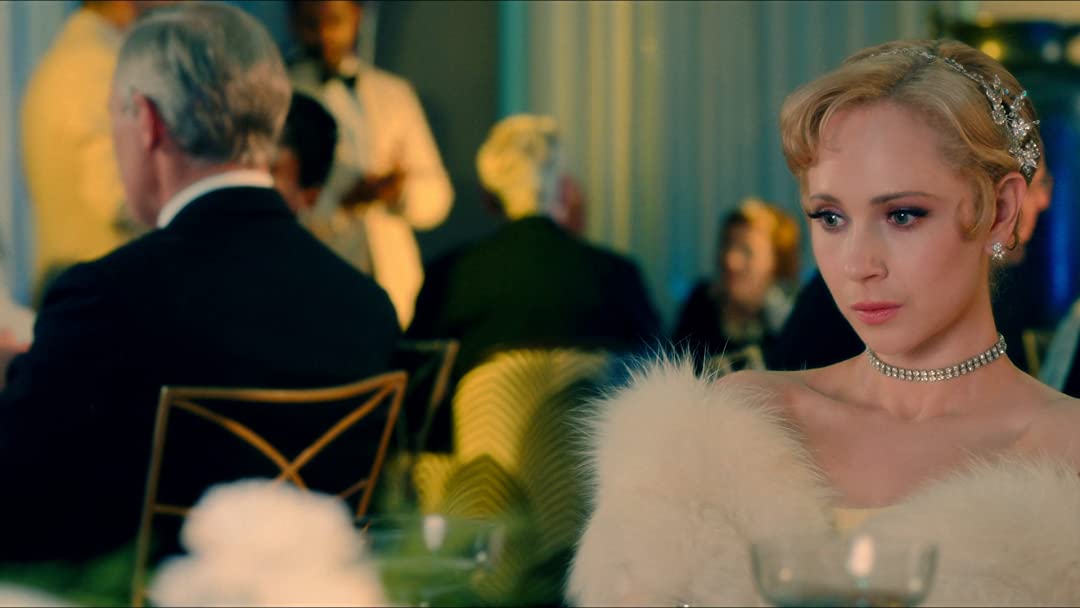 Although published posthumously, the stories were apparently written in the author’s early career when she was writing cheap porno for a male benefactor against scanty remuneration. In these kitsch stories, the author subtly subverts the male gaze through explorations in female subjectivity, but even then, her lens remains tinted by shades of white cultural imperialism. The creator found the stories interesting as a teenager, but when she revisited the book in her adulthood, she found them replete with opinions of questionable origins, to put it lightly. In Sophia’s own words, “Going back to it as an adult, I felt quite disturbed by viewpoints that were Orientalist, sexist, and racist.”

The retelling gives the vignette-like stories a grounding as it takes the viewers to the decadent utopia of Tangier International Zone, one of the last bastions of Western European colonialism. When the creator started ideating the screen adaptation of the material, the initial challenge that she faced was with the setting. An exciting setting was needed to give the motley stories a governing principle, and Sophia thought of setting the narrative in a place where no television production crew had set foot before. In the meantime, she came across a book by Scottish writer-journalist Iain Finlayson, called ‘Tangier: City of the Dream.’ It instantaneously grabbed the attention of the creator, and the backdrop was decided.

Colonial Tangier was a hedonistic haven, as it was a melting pot for diverse cultural and sexual identities. The story of the series is set in Tangier in 1955, shortly before the colonial powers would decide to abolish the protectorate. It was a revolutionary and turbulent time, and the creator worked the fact articulately in the story. Talking about the setting and how it affects the lives of the characters in the series, Al-Maria commented, “The interconnectedness of all the characters goes from the bedroom all the way up to the lives of millions of people.” However, the eccentric and compelling character sketches of the series are very much inspired by Nin’s tales.

The liberating narrative of the series unfolds through the eyes of four protagonists, namely Lucy, Cherifa, Hugo, and Adham. While the character of Cherifa is inspired by the short story called ‘The Queen,’ the story about the American woman running off to wed a Chinese banker is worked into the character of Lucy. The diplomat Hugo is portrayed in the series as openly gay and the partner of Egyptian prince Adham. The depiction is true to history as Tangier was an LGBTQ utopia in its colonial heydays. The creator sought to revisit corridors of queer history that have been obliterated and obscured. However, in a playful subversion of the dominant tropes, Adham is made wealthier and more assertive than his western lover. All things considered, the series weaves a tale of visceral intrigue as Al-Maria seamlessly intermingles diverse literary and cultural resources.