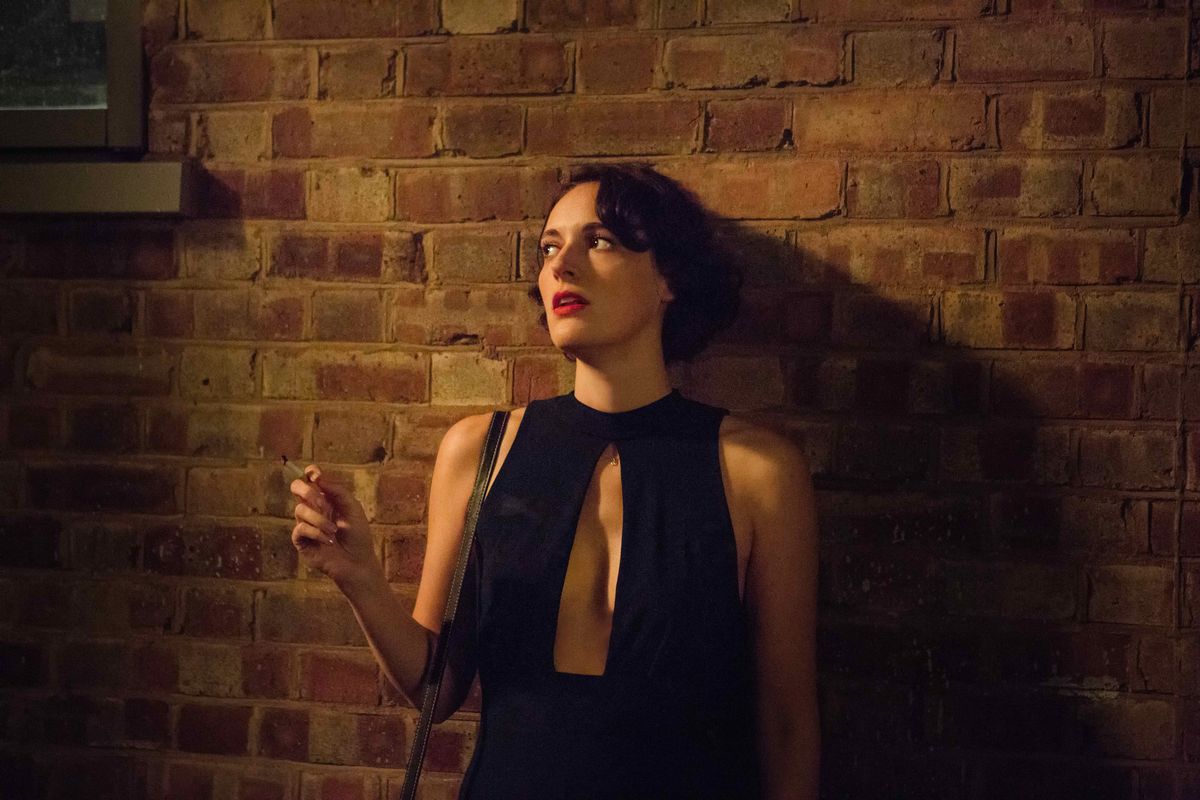 Amazon Prime is one of the most popular streaming services out there, giving intense competition to the likes of Netflix and Hulu. Amazon did not stop its efforts of expansion after producing content in English and has also ventured into producing films and shows in other languages across the world. With the platform’s ever-growing popularity, Amazon is also trying to keep up with the needs of the subscribers by putting in front of them a number of choices from various genres.

Action, adventure, period dramas, romantic comedies, science fiction – you will easily find a number of shows under each of these genres on Amazon Prime. Even if you are looking for adult-themed shows, you will not be left disappointed, since there are a number of shows on Amazon which boast of some of the hottest scenes in television right now. So why wait any longer? We’re here to help you out. Here’s the list of the sexiest TV shows on Amazon Prime that are available to stream right now.

Set in the 1980s, ‘The Americans’ is a spy thriller series that revolves around two Soviet KGB officers on an undercover mission that requires them to pretend as an American married couple – Elizabeth and Philip Jennings. They live in the suburbs of Washington, D.C., with their two kids, Paige and Henry. Life gets even more interesting for them when they cross paths with an FBI Counterintelligence agent named Stan Beeman, who happens to be their neighbor. Despite being a spy thriller, there are ample steamy scenes. 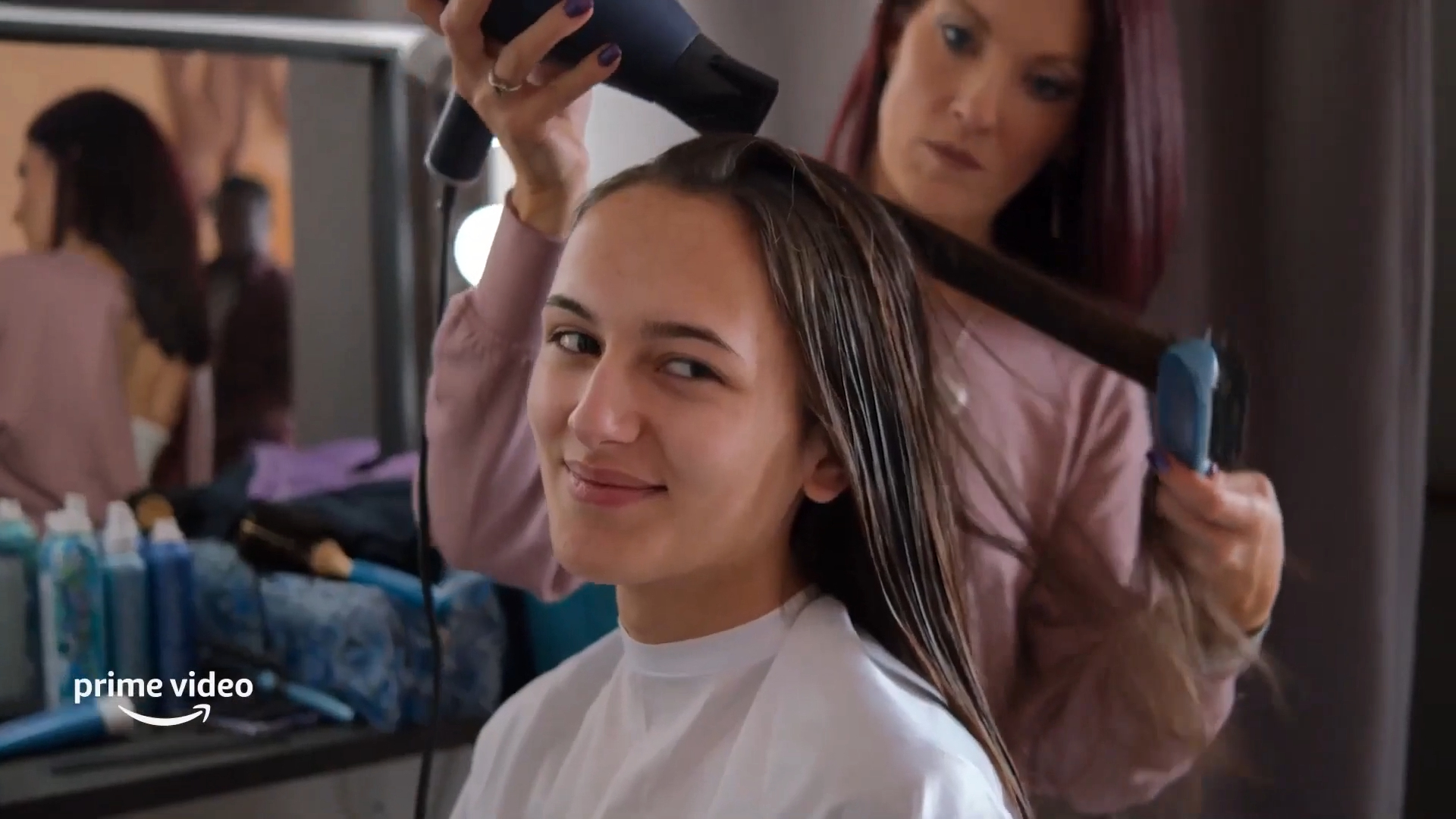 Directed by Jonathan C Hyde, ‘Always Jane’ is a documentary series that elaborates on two years of Jane Noury’s life as a transgender teenager from rural New Jersey. Just like any other person in that phase of life where they are preparing to go to college, Jane’s days are hectic as she has to balance family, friends, school, and personal ambitions.

While life can often be complicated for someone challenging the conventional mindset, Jane has a solid support system, that is, her loving family. Although the series deals with a sensitive subject matter, it is inspiring as well since Jane insists on being unapologetically true to herself. Those of you who are planning to watch the show can watch it here. 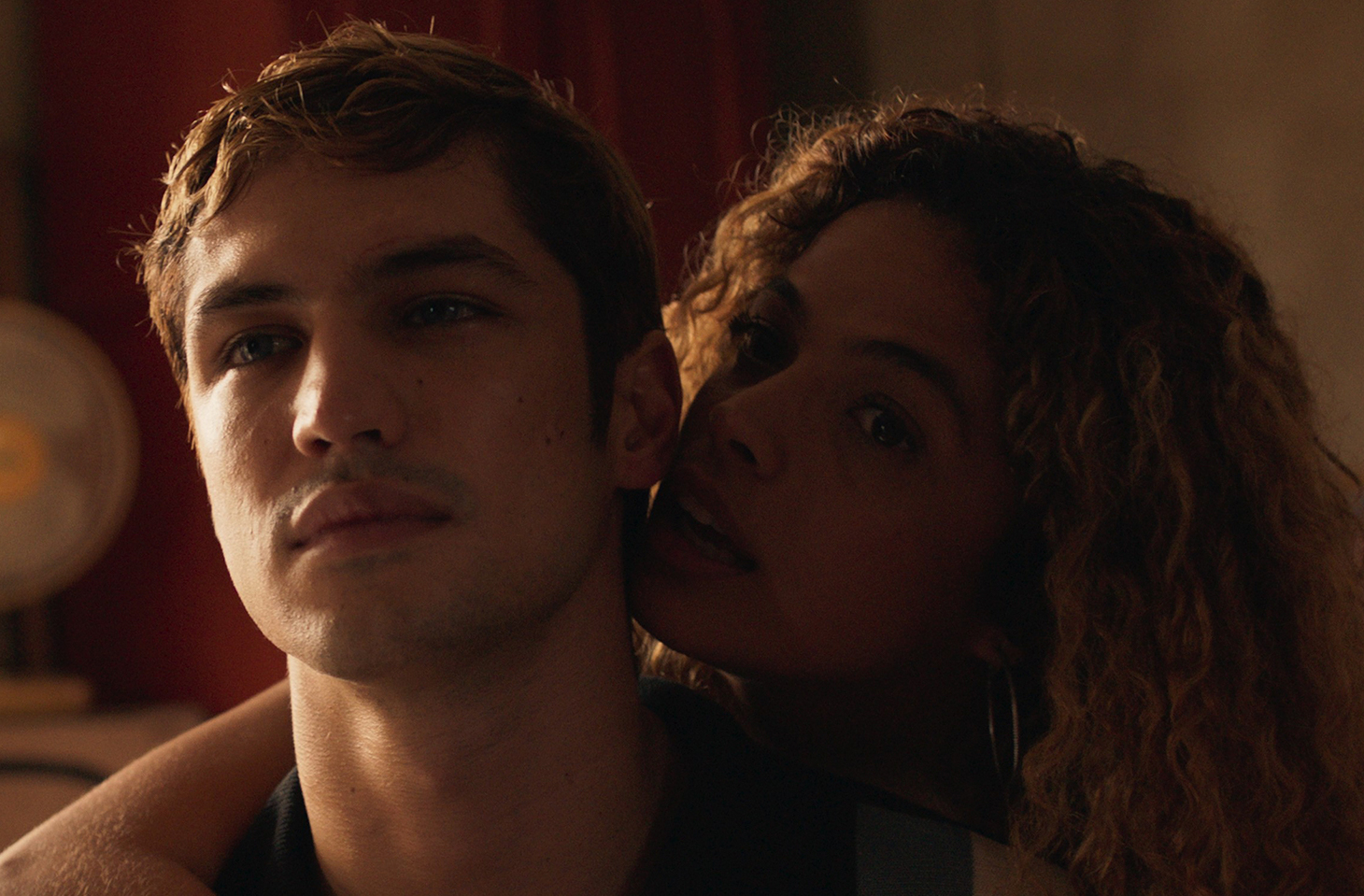 Inspired by true events, ‘Dom’ (stylized as ‘DOM’) is a Brazilian crime series, which is also Amazon’s first scripted original show from the country. It centers around a father-son duo who find themselves on the opposing ends of the law. While Victor – a cop – is dedicated to putting an end to drug trafficking, his son Pedro cannot seem to give up drugs and a life of crime. In fact, Pedro goes on to become one of the most wanted criminals in Brazil. As evident in the premise, the series has a fair share of mature content involving sex, drugs, and crime. So, if you are keen on watching the show, you can do so here. 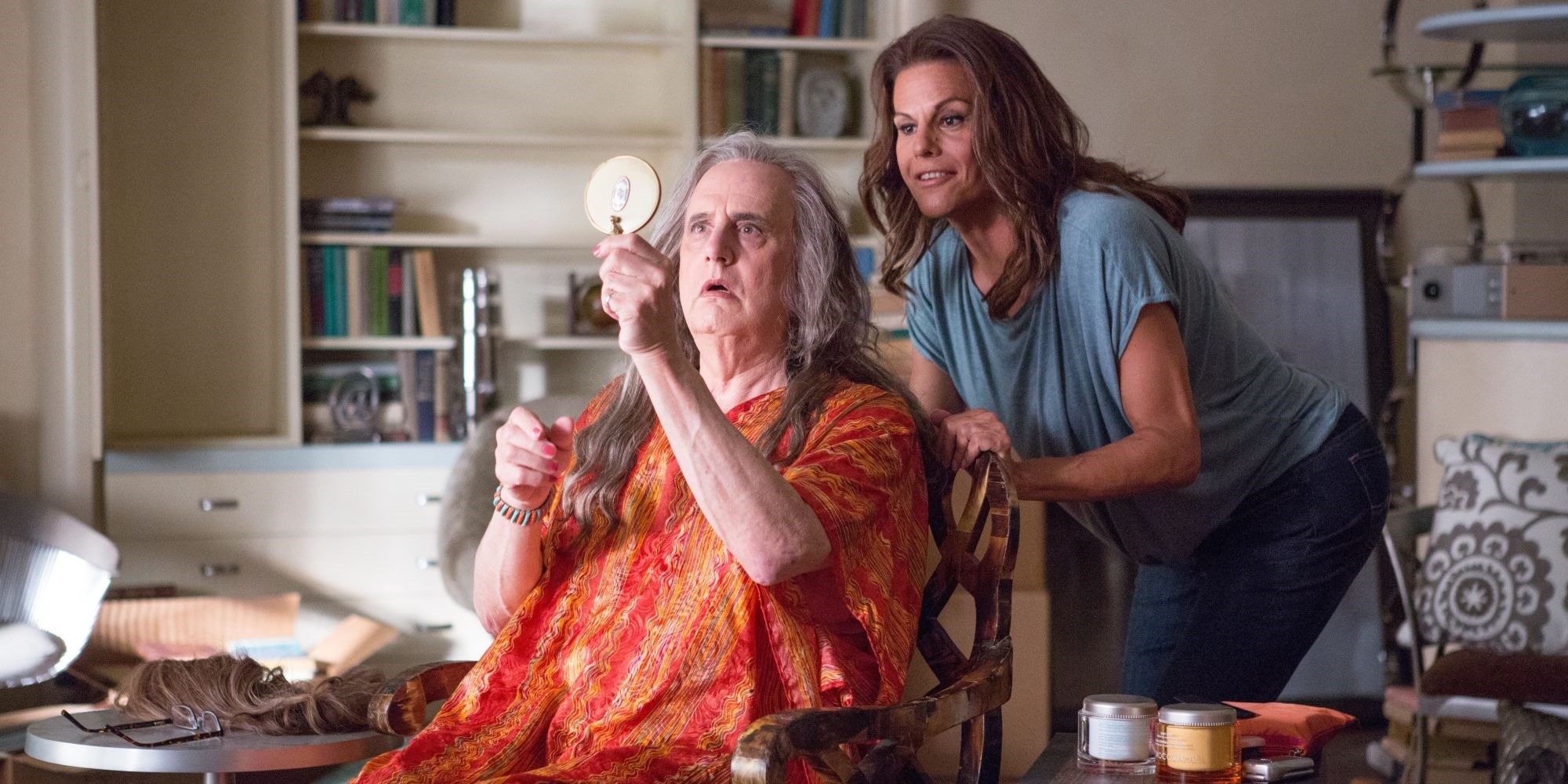 Although a comedy-drama, ‘Transparent’ is a touching account of a Los Angeles family that deals with the fact that their parent is a trans woman. The show revolves around how Maura comes out to her family and the manner in which they deal with the transformation of her identity. The Golden Globe Award and Emmy Award-winning series not only focuses on Maura’s transition but sees her occupying a significant role in society as a parent, professor, grandparent, sibling, and former spouse.

In addition, the series has been lauded for its representation of queer aging. Therefore, the comedy drama tackles important issues, which also makes it a bold viewing experience that compels one to keep an open mind. If the series has piqued your interest, you can check it out right here. 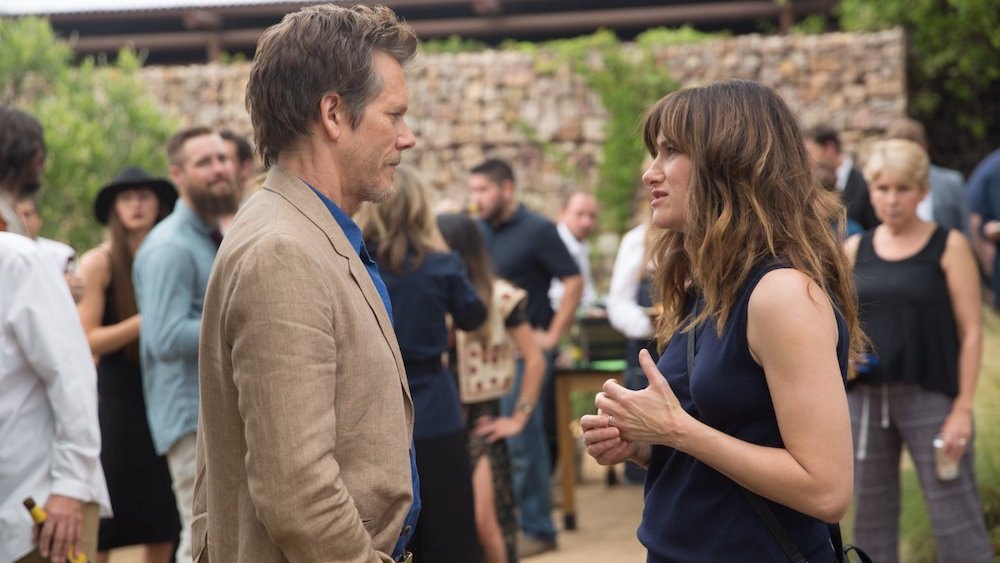 Considering its sexually suggestive title, ‘I Love Dick’ surely does not fail to deliver. The series centers around the life of an artist-cum-filmmaker called Chris (Kathryn Hahn), who moves to Marfa, Texas for her husband’s fellowship work, and soon falls for the fellowship sponsor Dick (Kevin Bacon). Chris keeps her feelings to herself initially and writes sexually suggestive letters for Dick which she keeps to herself.

‘I Love Dick’ is essentially about people following their passions which makes them come to certain junctures in life they might not be prepared for. Sex and nudity are aplenty in this series. Here, they have avoided using the voyeuristic glimpse as is done in most cases when depicting sex scenes onscreen. Instead, the show explores the chemistry between the two characters when performing the act. 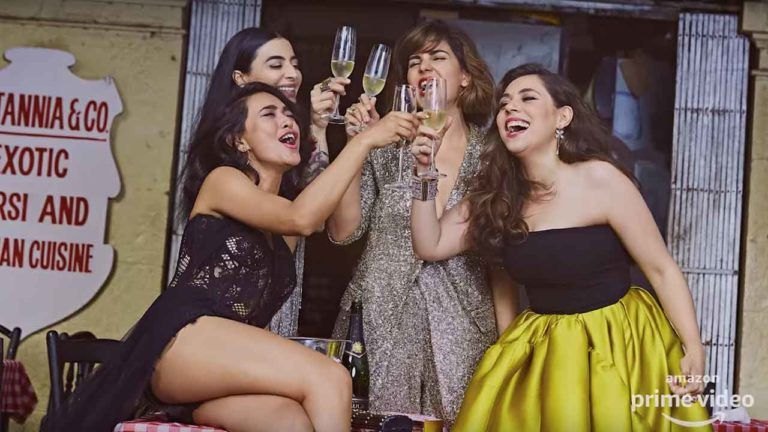 Amazon Prime’s Indian original series ‘Four More Shots Please‘ is a story about four new-age Indian women and their several ups and downs in life as they try to live independently while being a constant source of support to each other. Sayani Gupta, Gurbani Judge, Kirti Kulhari and Maanvi Gagroo play the four girls in question. Each of these girls represents at least one social pressure Indian women have to go through.

For example, Damini (Gupta) fails to manage her work and personal life due to constant misunderstandings with her boyfriend. Umang (Judge), a bisexual, is constantly dumped by her girlfriends who cannot be serious about their relationships with her due to societal pressures. You will get a feeling that ‘Four More Shots’ is trying too hard at times to be more progressive than it actually is. Sex for these women always becomes the symbol of liberty, as it is still a taboo topic to discuss publicly in India. The sex scenes in ‘Four More Shots’ sometimes look quite forced. 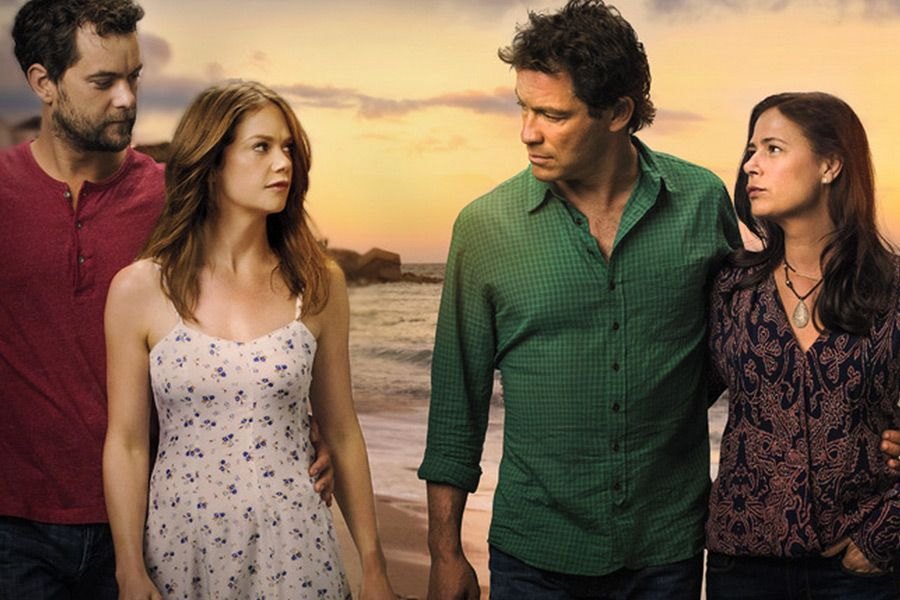 Having a family requires equal participation from both partners, and whenever there is not an equal amount of commitment from both sides, problems are bound to occur. This is exactly what happens in the families of Noah, a teacher, and Alison, a waitress. The two of them hit it off one night at the restaurant where Alison works. Soon their affair starts taking a toll on their personal lives and the relationships they share with other members of their families, including their spouses.

It is the aftermath of Alison and Noah’s affair that is dealt with in this series. Ruth and Alison are involved in most of the sex scenes we see in the show. Interestingly enough, sex scenes in ‘The Affair‘ never separate themselves from the narrative, as sometimes important revelations might happen right in the middle of the act.

No other man in history has come in close contact with as many supermodels as Hugh Hefner. The founder of the Playboy magazine is the cultural symbol of sexual liberation in America, and those who know about his life can attest to the fact that his personal life is as colorful as the magazine itself.

This Amazon Prime original series uses photographs, archival footage, and re-enactments of many aspects of Hefner’s life to give us a picture of the man behind the myth. Though there is no sex scene in this series, it is the gorgeous female company our series’ protagonist finds himself in which validates the show’s position on this list. ‘American Playboy: The Hugh Hefner Story’ shows us how a man single-handedly shaped America’s sexual fantasies for decades. 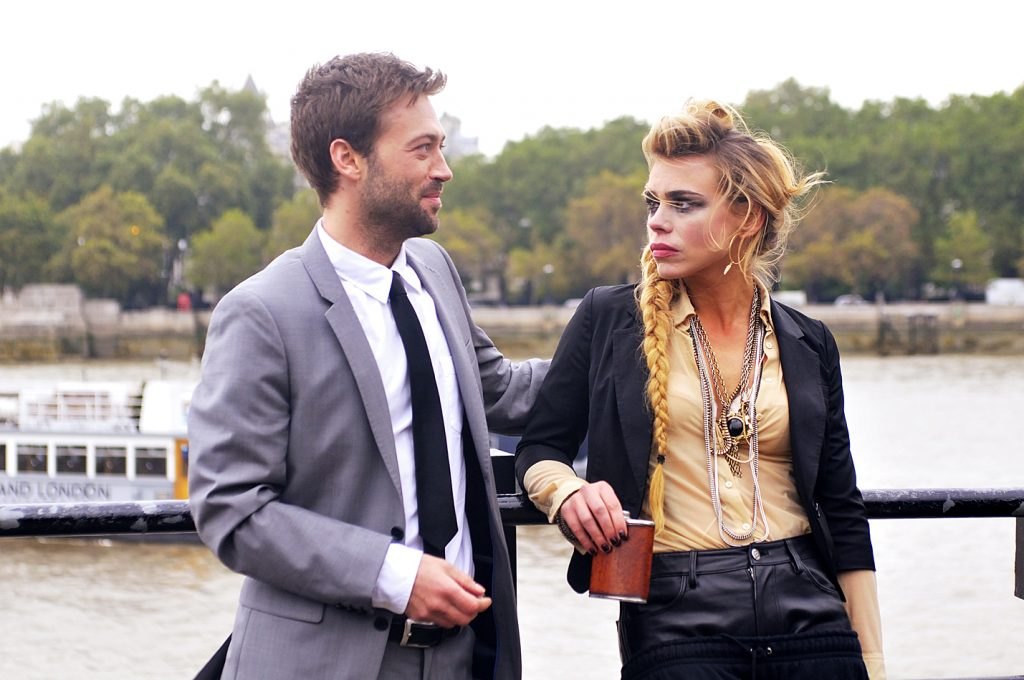 ‘Secret Diary Of A Call Girl’ is based on a series of blog posts written by the pseudonymous writer Belle de Jour about her life. The story centers around a character called Hannah Baxter, a university student living in London who also works as a call girl. It naturally is a daunting task to maintain two identities, and we witness how Hannah’s professional and personal lives constantly keep colliding.

Being a show about a call girl, sex is a mainstay of this series. Hannah finds herself in various situations while on her job as she tries to fulfill the fantasies of her clientele. Besides the sex, watch the series for the compelling drama that it is. Interestingly, London itself becomes a very important part of the series’ layered narrative. 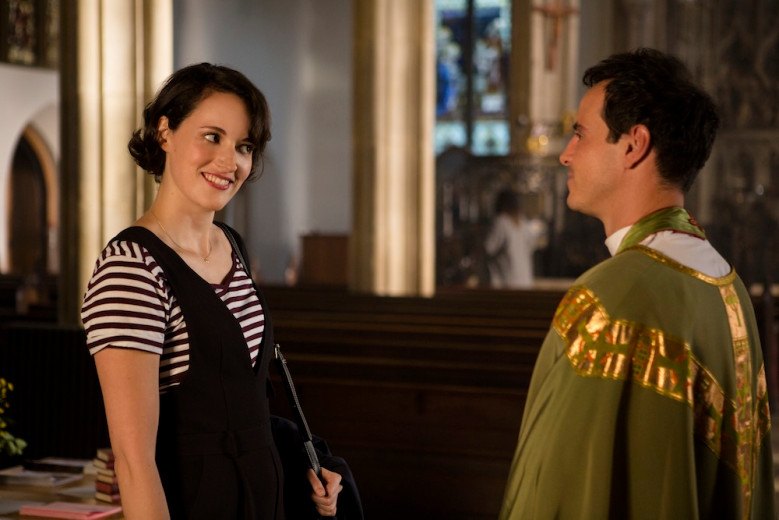 Phoebe Waller-Bridge is one of the most brilliant voices in the world of comedy. She created ‘Fleabag,’ which is now being considered by many to be a masterpiece on the same level as Ricky Gervais‘ ‘The Office.’ Besides being the writer-creator, Waller-Bridge also plays the eponymous leading character in this series.