Is Lone Survivor a True Story?

‘Lone Survivor’ is a 2013 war drama film written and directed by Peter Berg. It stars Mark Wahlberg, Taylor Kitsch, Emile Hirsch, Ben Foster, and Eric Bana in the lead roles. The film tells the story of a group of United States Navy SEALs who undertake a daring mission to capture an operative of a terrorist organization. It received a positive reception upon release and was praised by critics for its war sequences, story, and direction. The backdrop of the War in Afghanistan and the many allusions to real-world figures hint that the movie is inspired by a true story. Is that really the case? We dug into the matter and gathered all the facts for you. Here’s everything you need to know about the inspiration behind ‘Lone Survivor.’

Is Lone Survivor Based on a True Story?

Yes, ‘Lone Survivor’ is based on a true story. The movie is an adaptation of the non-fiction novel of the same name written by former US Navy SEAL Marcus Luttrell (with contributions from Patrick Robinson). The book is Luttrell’s account of the fateful Operation Red Wings that commenced on June 27, 2005. The primary objective of the mission was to identify and capture Ahmad Shah, a Taliban loyalist operating in the Korangal Valley, and to disrupt the activities of the Taliban Anti-Coalition Militia (ACM) in the region. 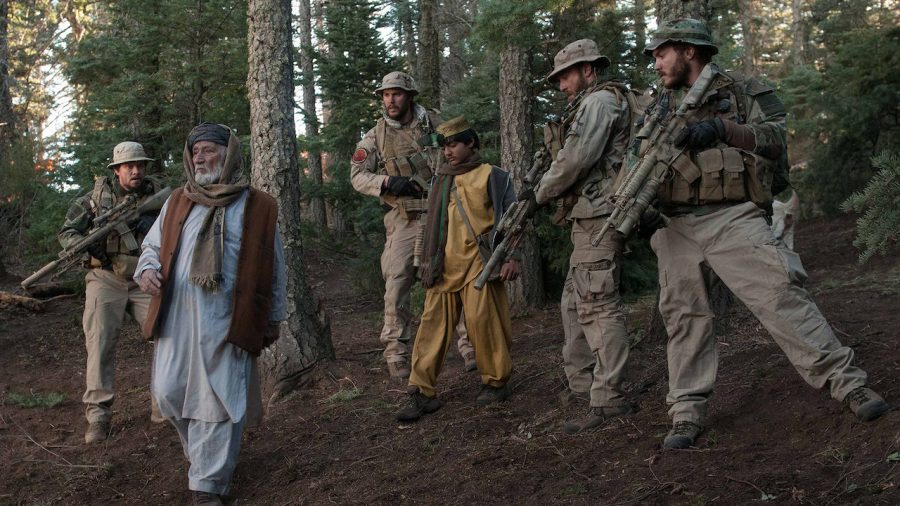 A team of Navy SEALS led by Lieutenant Michael P. Murphy and comprising Navy Hospital Corpsman Second Class, Petty Officer Second Class Danny Dietz, and Petty Officer Second Class Matthew Axelson was tasked with capturing Shah. Most of the events depicted in the film are closely similar to Luttrell’s account. From the four men team that was ambushed by Shah’s forces, only Luttrell survived. In reality, the team was also discovered by a trio of local herders, who altered the Taliban forces leading to the ambush. Luttrell indeed received help from an Afghanistani Pashtun named Mohammad Gulab.

The cultural tradition of Pashtunwali by which Gulab was bound to help Luttrell is also fiercely followed by the Afghan tribe. The film also uses real archived footage to depict the training and selection process of the SEALs. The novel and film both suggest that the decision to let the locals — who were believed to be aligned with the Taliban and thus with Shah — alert the terrorists proved to be fatal for the team.

However, the film makes minor changes to Luttrell’s account by depicting two of the three locals as teenagers. One of the significant changes is in the form of voting about the fate of the local herders. As per Luttrell’s version of events, the final vote fell upon him as compared to the movie version in which Murphy makes the deciding call. Certain elements have been added for a dramatic effect, such as the opening moments where Luttrell almost dies of heart failure after his rescue.

The final fight between the Taliban forces and the villagers in which the US forces intervene also did not take place in reality. As a result, scenes of Luttrell stabbing a man with a knife, Luttrell and Gulab getting shot, Gulab’s house getting destroyed, etc., are fictional additions. One of the most debatable aspects of the film is the number of Taliban fighters depicted. The film allegedly exaggerates the number of fighters. However, the actual number itself remains disputed and ranges between 8-200 depending on which source you choose to believe.

In 2006, Dietz and Axelson were posthumously awarded the Navy Cross, while Murphy was posthumously awarded the Medal of Honor in 2007. Luttrell also received the Navy Cross. Numerous attempts were made on the life of Mohammad Gulab, but he eventually secured refuge outside of Afghanistan. In 2008, Shah was killed by Pakistani police during a shootout in Khyber Pakhtunkhwa, Pakistan, near the Pakistan-Afghanistan border.

Most of the changes the film makes to the movie are minor, and some dramatized elements have been added. In an interview, Luttrell explained the reason behind these changes and additions. He said that certain elements of the book and the movie were made up in order for the story to make sense without revealing classified information.

All things considered, ‘Lone Survivor’ is largely based on a true story and informs the audience of the real ordeal Luttrell faced during the mission in Afghanistan. Most of the elements added to the story or changes are reasonable and do not alter the gravity of the situation. The cast’s moving performances help elevate the story’s realism in a cinematic fashion that is more palatable for an audience generally unaware of the horrors of war.