Is Lucille Miller Dead or Alive? 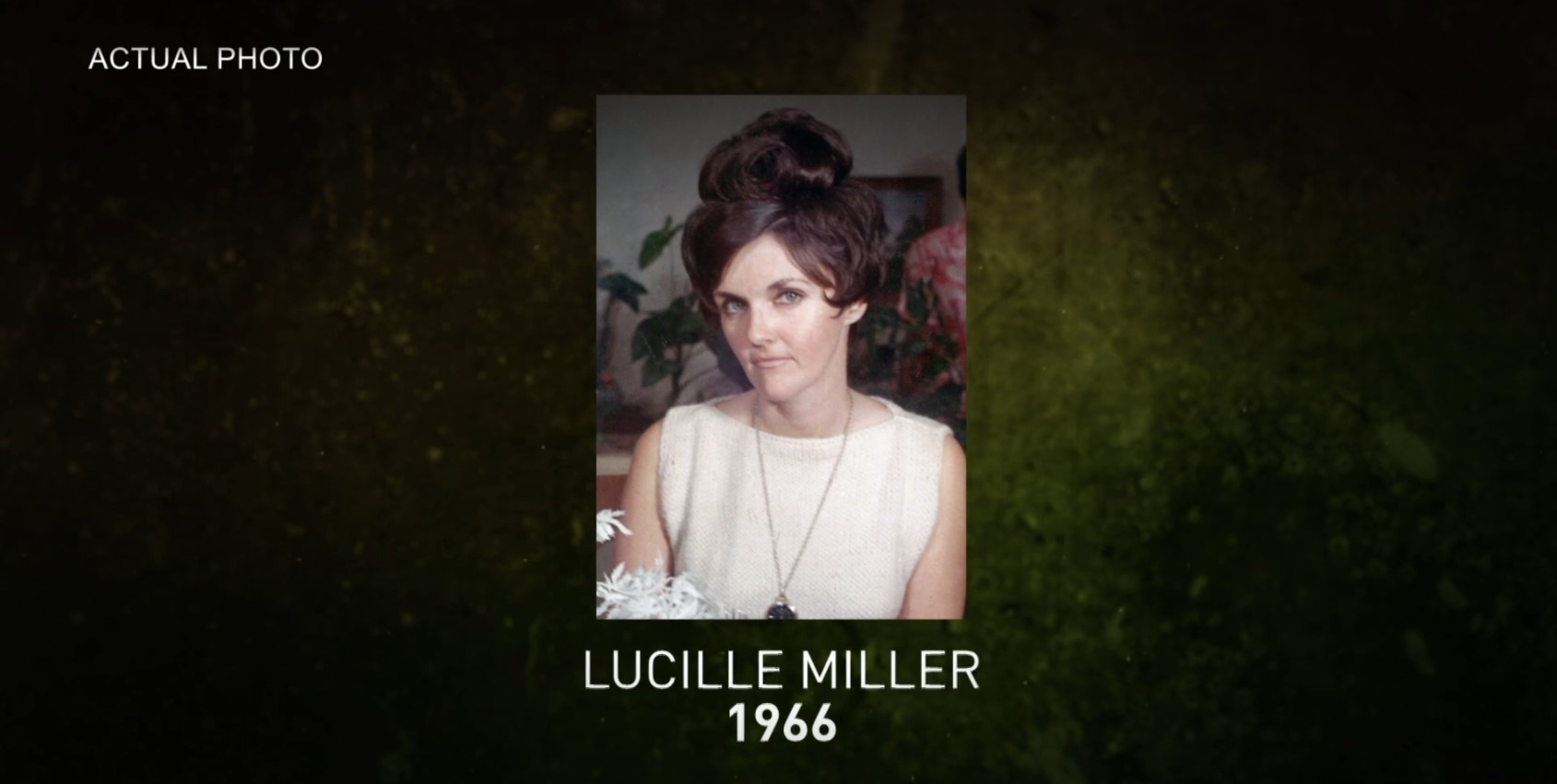 In October of 1964, Lucille Miller claimed that her husband, Dr. Gordon “Cork” Miller, died when the car they were traveling in had a tire blowout, which caused it to catch fire. Lucille mentioned that she managed to escape from the jaws of death, and an initial police investigation even found leads supporting her statement. Investigation Discovery’s ‘Deadly Women: Fatal Love’ chronicles the shocking incident and shows how upon closer inspection, the police found evidence of a possible homicide, leading to Lucille’s arrest. Let’s dive into the case details and find out if Lucille is still alive, shall we?

Who Is Lucille Miller?

A mother of three, Lucille Miller resided in San Bernardino County, California, with her dentist husband, Dr. Gordon “Cork” Miller, and their kids. To the outside eye, the couple appeared quite happy, as they even had a fourth child on the way. However, the show mentioned that Cork could never provide Lucille with the kind of luxury and social standing she wanted. Lucille had high aspirations and wanted to be quite wealthy without any compromises. Thus, she was really disillusioned when Cork failed to meet her expectations and instead made her settle for a middle-class life.

Unfortunately, Lucille was never going to settle for what she had, and the show mentioned that she began an affair with an affluent lawyer Arthwell Hayton, hoping it would give her a ticket to leading a luxurious life. Although Arthwell seemed quite fond of Lucille, he always gave preference to his wife and refused to get a divorce. The mother of three was quite exasperated with the proceedings but could do nothing as her hands were tied.

However, as per the show, Arthwell’s wife surprisingly passed away shortly after, giving Lucille hope about moving in with her lover. Nevertheless, saddened by his wife’s demise, the lawyer cut off all connections with Lucille leaving her disappointed and angry. Still determined to get her way, Lucille turned her attention towards her husband and learned she was set to receive a handsome sum if he somehow died of an accident.

As a result, Lucille decided to put her sinister plan into motion. She made Cork drink a glass of milk laced with a type of sedative drug called barbiturates on October 7, 1964. Lucille then took her husband out to their car under the pretense of buying more milk. Once the drug deprived Cork of strength or power, Lucille drove to a secluded spot before using gasoline to set the vehicle, along with her husband, on fire.

Is Lucille Miller Dead or Alive?

When the police began looking into Cork Miller’s death, Lucille claimed that their car had a tire blowout, making it catch fire. She further insisted that her husband was asleep in the front passenger seat, adding that no matter how hard she tried, she was unable to save him from the flames. Although authorities initially believed her, they came across crime scene evidence that hinted otherwise. For starters, the skid marks on the road were quite small and not indicative of a proper tire blowout. Besides, the car was kept in low gear, which was not in line with a crash, and the can of gasoline Lucille used was recovered from the back seat.

Accordingly, once officers had enough evidence to prove a homicide, they arrested Lucille and charged her with murder. In 1965, Lucille was convicted of first-degree murder and sentenced to life in prison. However, the show mentions that she received parole in 1972, after spending just seven years behind bars. While in prison, Lucille learned stenography and sought to turn her life around after her release. Moreover, her children mentioned that she remained close to them for the rest of her life until she passed away on November 4, 1986, at 56 years of age.