Is Lupillo Rivera Married? Does He Have Children? 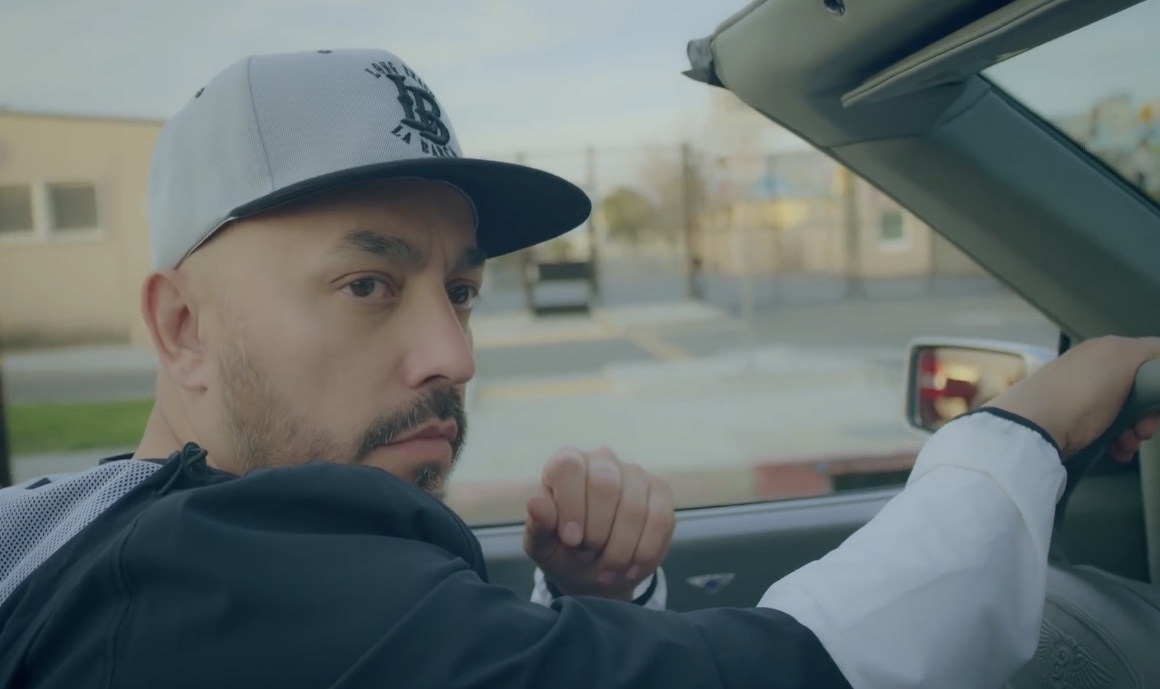 Guadalupe Rivera Saavedra, who goes by the stage name Lupillo Rivera is an acclaimed Mexican American artist most popularly known as late singer Jenni Rivera’s younger brother. In 2019, he appeared on the Mexican show ‘La Voz’ as one of the coaches. The artist worked his way up from backend studio work to a flourishing career in music, which earned him many Latin Grammy and Grammy Award nominations.

After years of hustle and determination to produce quality music, Lupillo finally won a Grammy Award in 2010 for his album ‘Tu Esclavo y Amo.’ With Jenni’s name linked to his image, curiosity among fans about Lupillo Rivera’s personal life further spiked to an inordinate level. Here’s everything we know.

The details of Lupillo Rivera’s marriage with his first wife, Maria Gorola, are not privy to the public, and the pair reportedly have four kids together. Reports suggest that Lupillo entered the courtship phase with his second wife, Mayeli Rivera, while he was still married to Maria, as opposed to what Lupillo had admitted. Lupillo and Mayeli met in March 2003, when she attended one of his concerts in Chihuahua, Mexico.

Mayeli disclosed that her relationship with Lupillo quickly blossomed into something serious. The couple got engaged in November 2005, right before their collective appearance at the Latin Grammys. Their wedding took place on April 29, 2006, in Garden Grove, California. Their marriage lasted for 12 years, after which they separated because of a reported case of infidelity. For a long period, it was alleged that Lupillo was having an extra-marital affair with Belinda, who appeared in the Mexican version of ‘The Voice,’ along with Lupillo.

The chemistry between Lupillo and Belinda at that moment was misinterpreted as a love relationship. But they were confirmed to be nothing more than rumors, and the blame then shifted to Mayeli, who allegedly got involved with someone. Mayeli consequently denied the report, yet their divorce was finalized in May 2019. In time, Lupillo moved on and found another person who was frequently spotted on his social media.

Lupillo Rivera subsequently got involved with eyebrow expert and company founder Giselle Soto, whose dynamic with Lupillo has become a subject of scrutiny. She frequently takes to Instagram to express her feelings and sentiments regarding her bond with Lupillo. Her social media spree kicked off on her Instagram in September of 2020 and has stayed on ever since. The couple kept on reinstating their love for each other by sharing constant social media posts, especially during special occasions like Thanksgiving, and their anniversary in December. 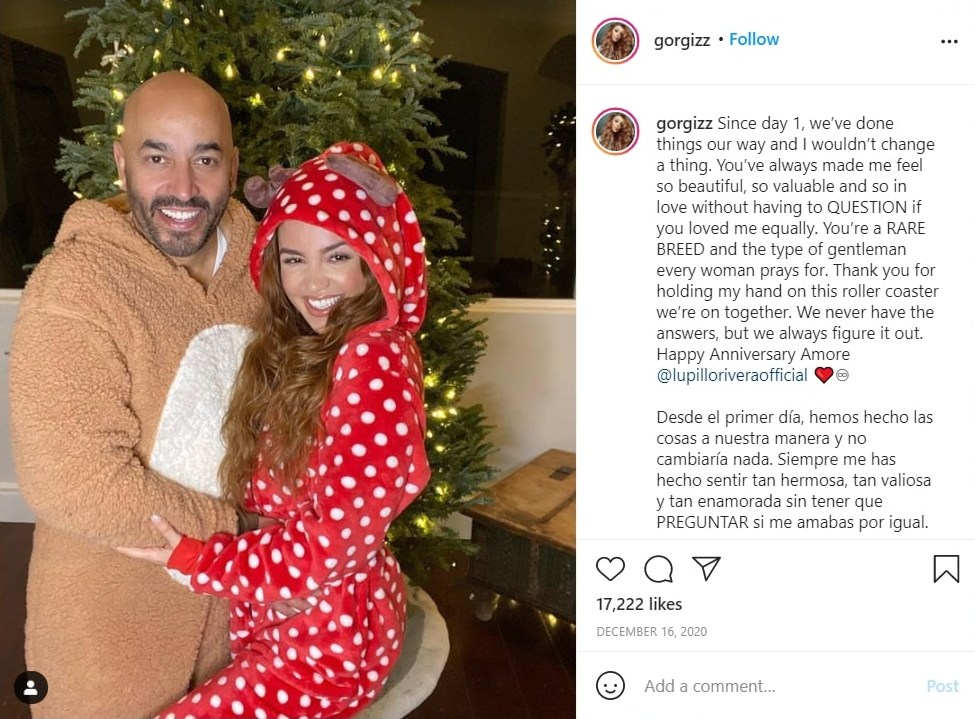 Lupillo shared a picture in December 2020 that caused speculation among fans regarding their relationship status. Giselle is seen embracing her beau and flaunting a glistening diamond ring on her finger, which implies that they must’ve gotten engaged at the very least. Similarly, in January 2021, Giselle posted another picture where she refers to herself as his “wifey.” It is a birthday post for her alleged husband, for whom she expressed her gratitude and love. Regardless of what they officially are as a couple, one can be certain that they’re very much in love and happy with each other. 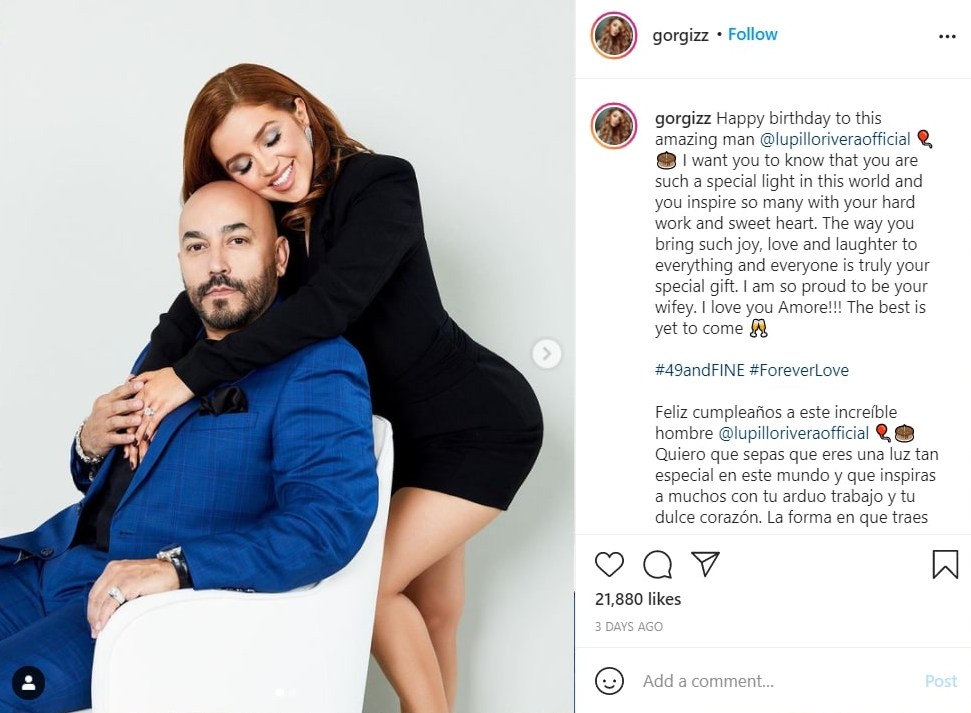 Lupillo Rivera has six children, who he is proud to have fathered. He has four daughters with Maria – Arena Rivera, Abigail Rivera, Angélica Marin, and Ayana Rivera. His fifth child was born on August 4, 2004, to his second wife, Mayeli. Named Guadalupe Karizma Rivera, their daughter said she wants to become a singer just like her father, aunt (Jenni Rivera), and cousins. She subsequently launched a makeup and skincare brand titled ‘Karizma Beauty.’ Lupillo and Mayeli gave birth to their second child on August 8, 2008. The child, Lupillo’s only son, was named L’Rey Rivera. 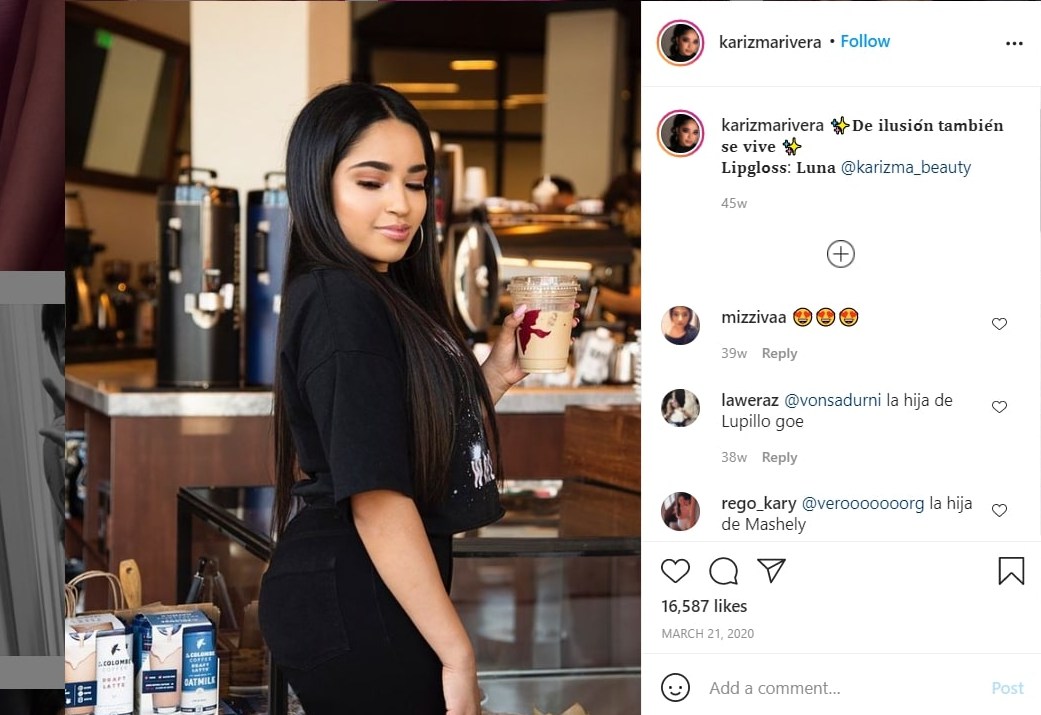 Apart from his six children, Lupillo was also involved with another child who claimed to be his son. Lupillo, out of deep devotion for a life lived in order, immediately took responsibility, thinking that he had conceived a child out of wedlock. As a result, he provided financial support to a boy named José for twelve years, after which there was a DNA test. Mayeli was pregnant or had already given birth to their son, and they wanted to run a quick test to declare who Lupillo’s rightful heir is. The test revealed that Jose is not his biological son. However, he continued to provide for Jose till he was of legal age.