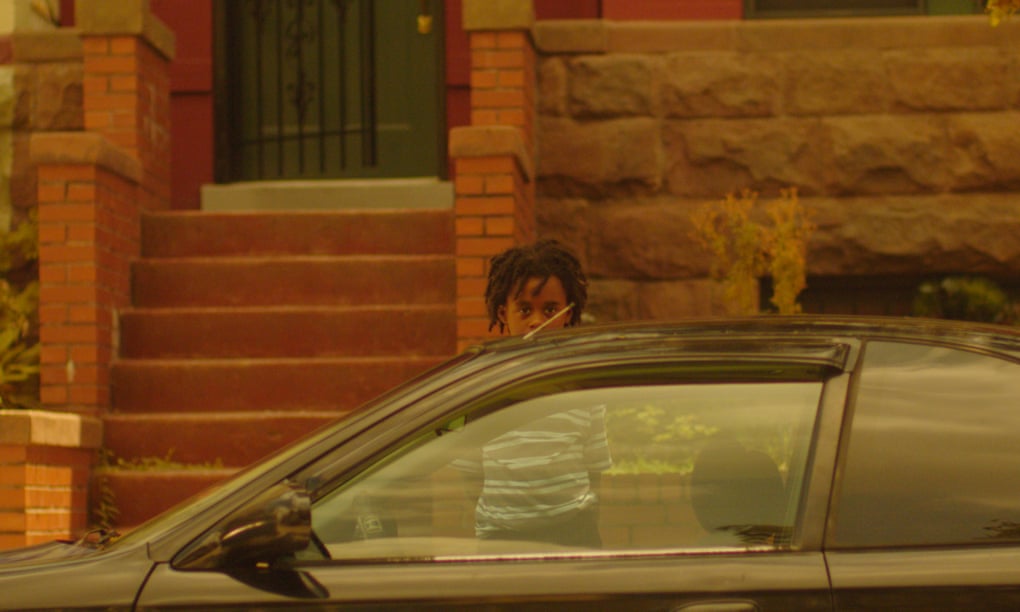 ‘Residue’ is a film that, all at once, starts conversations about gentrification and beyond gentrification. Filmmaking novice Merawi Gerima’s debut feature, ‘Residue’ is an exploration of the Black experience in an America fraught with racial tension. The film depicts how Black communities and cultures in America are often capitalized on and then eviscerated. ‘Residue’ made waves after its screening at Slamdance and notched a special mention when launched in the Venice Days category at the Venice Film Festival.

In ‘Residue’, gentrification is portrayed as a symptom of a larger social cancer. The gentrification depicted in the movie is almost a metaphorical event – our protagonist Jay’s neighborhood, once overrun with familiar sights, sounds, and people, becomes alien and hostile once gentrified. ‘Residue’ reinforces, on an all-encompassing level, how Black history and culture face erasure and extermination.

Is Residue based on a true story?

Yes, ‘Residue’ is based on a true story. The film is deeply personal and almost autobiographical to writer-director Gerima’s life. Carrie Fisher, world-renowned actress of the inceptive installments of ‘Star Wars’, once advocated, “Take your broken heart, make it into art.” With ‘Residue’, Gerima does precisely that.

Like Residue’s Jay, Gerima, too, was born and raised in northeast Washington D.C, where Black neighborhoods thrived and multiplied. In the movie, Gerima depicts his hometown of Washington DC paradoxically – as home to, both, influential policymakers and the vulnerable working class. Gerima’s northeastern neighborhood was witness to his evolving aspirations, from guitarist to 3D graphics artist and finally, filmmaker. Similar to our protagonist, Gerima, pursued his studies in filmmaking at USC (University of Southern California), a premiere American institute for aspiring storytellers.

Nearly identical to the events that shape the movie and our protagonist, when Gerima returned to DC after a year at USC – the longest span of time spent away from his home ground – he was greeted by gentrification, profoundly changing the way he viewed his neighborhood and his community. In a similar vein, Gerima’s direction of ‘Residue’ is raw and potent, and infused with his own experiences; the movie is a visceral assault on the senses, almost a reflection of what Gerima experienced upon his return to the American capital.

‘Residue’ also dances between past and present; the debutant juxtaposes intimately familiar DC as it once was with its obscure and unfamiliar present. To showcase the past, once again, Gerima taped into his life-long experiences in DC to do justice to Jay’s story. In an interview, Gerima reflected, “When I’m walking through D.C., it’s like that. I often think one of the saddest things is when I have kids, I can’t take them to a lot of places where I grew up – like “I used to do this here, I used to do this there.” They’ll never know what city I grew up in because it’s not there anymore. And I’m bombarded by memories walking through the city.” To this effect, the film brims with the nostalgia and longing that Gerima has so strikingly endured.

Gerima’s unresolved angst became breeding ground for the plot of ‘Residue.’ Gerima explained, “I think just the extent and intensity to which everything had changed was kind of disturbing for me in many ways. So that summer I started writing the script that became “Residue.” Gerima considered the initial germ of an idea to be ‘resentful and especially petty’ in its depiction of gentrification. According to Gerima, the script evolved into a mature plot when he intertwined it with an earlier idea of a missing friend.

As Jay is forced to come to terms with his gentrified neighborhood, he also reckons with the disappearance of a long-time friend, Demetrius. This plotline, too, is plucked from Gerima’s real-life experiences. Years ago,  Gerima’s was dealt harsh news about a childhood friend, which left a heavy and lasting impression on him. How Gerima and his community grappled with the news is what goes on to form the heart and soul of ‘Residue.’ All in all, with the recently-released movie, Gerima took his personal life experiences and applied them to a backdrop of present-day America and the world.