Is Michael Sorrentino Married? Does He Have Children? 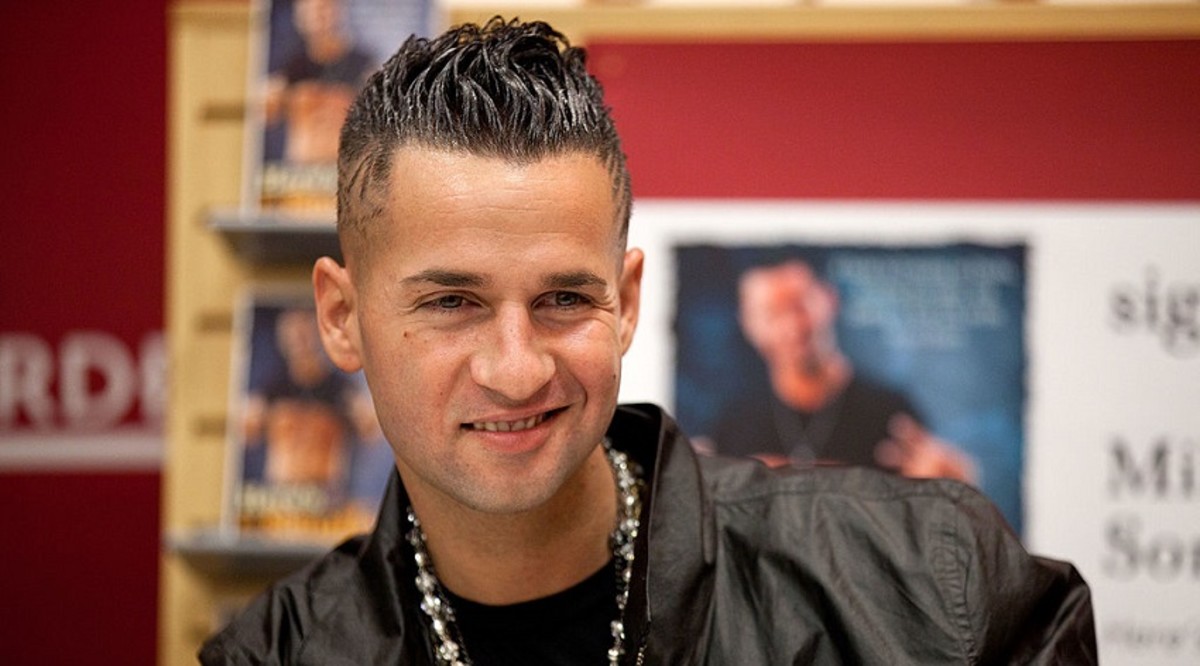 Michael Sorrentino is an American reality TV star whose life and its partying ways have been the central focus of various MTV series like ‘Jersey Shore,’ ‘Jersey Shore: Family Vacation.’ Mike’s fans have been following his journey for years now and have witnessed his massive transformation from a party-freak to a complete gentleman. A major reason for his miraculous change of heart is his lady love and now-wife, Lauren Pesce.

As beautiful as his love story is, “The Situation” does not fool his fans into thinking that it was all flowers and roses for the couple. They went through the darkest time of their lives together and luckily came out stronger than ever! In case you’re curious to know about their love story and current relationship status, we have got you covered.

How Did Michael Sorrentino Meet His Wife?

Mike Sorrentino and his wife, Lauren Pesce, are the ideal example of a couple who have been through thick and thin together. Their years-long relationship includes multiple break-ups, fighting with drug addiction, serving prison time, and many unfortunate incidents. They first met in 2004 while they were attending a maths class at a community college. Pesce, who was 19 at the time, had come to the University of Central Florida just for a semester and went away soon after. 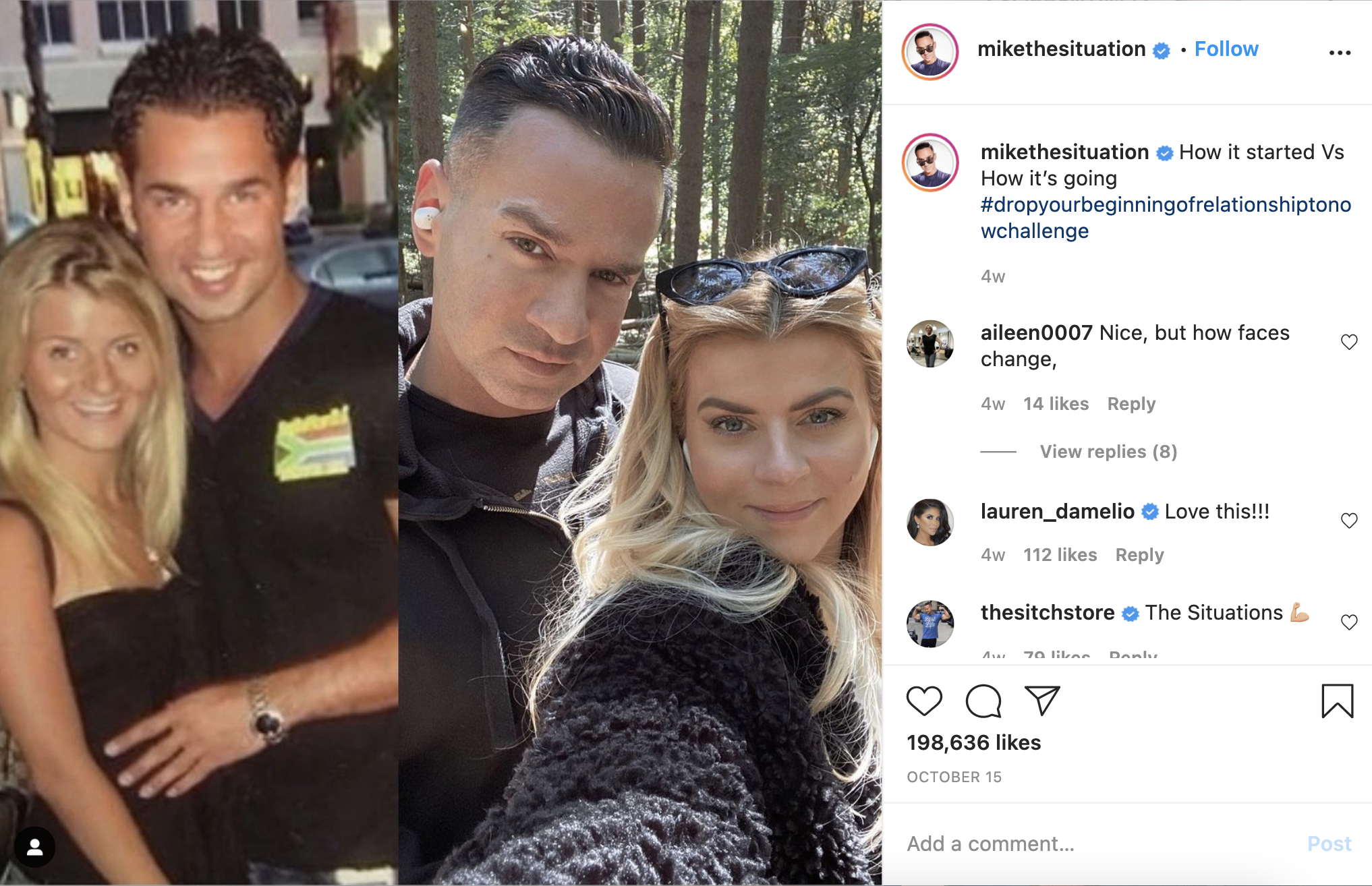 The then-22-year-old Sorrentino wooed her and the two dated for almost three years before deciding to part ways. Sorrentino hired a fitness modeling agency and shortly got discovered by ‘Jersey Shore.’ At the same time, Pesce took classes for fashion and beauty in New York and immediately repelled the idea of starring on a reality show. They had both realized that it was a crucial stage in their lives and thus made the tough choice to pursue their respective careers.

After the MTV show gained world-wide popularity and success, the duo got back together. Interestingly, they re-connected as a chance meeting in 2012, which was, indeed, planned by “The Situation.” Sorrentino purposefully showed up at CKO in Freehold, New Jersey, a kickboxing gym at which Pesce worked out every night. 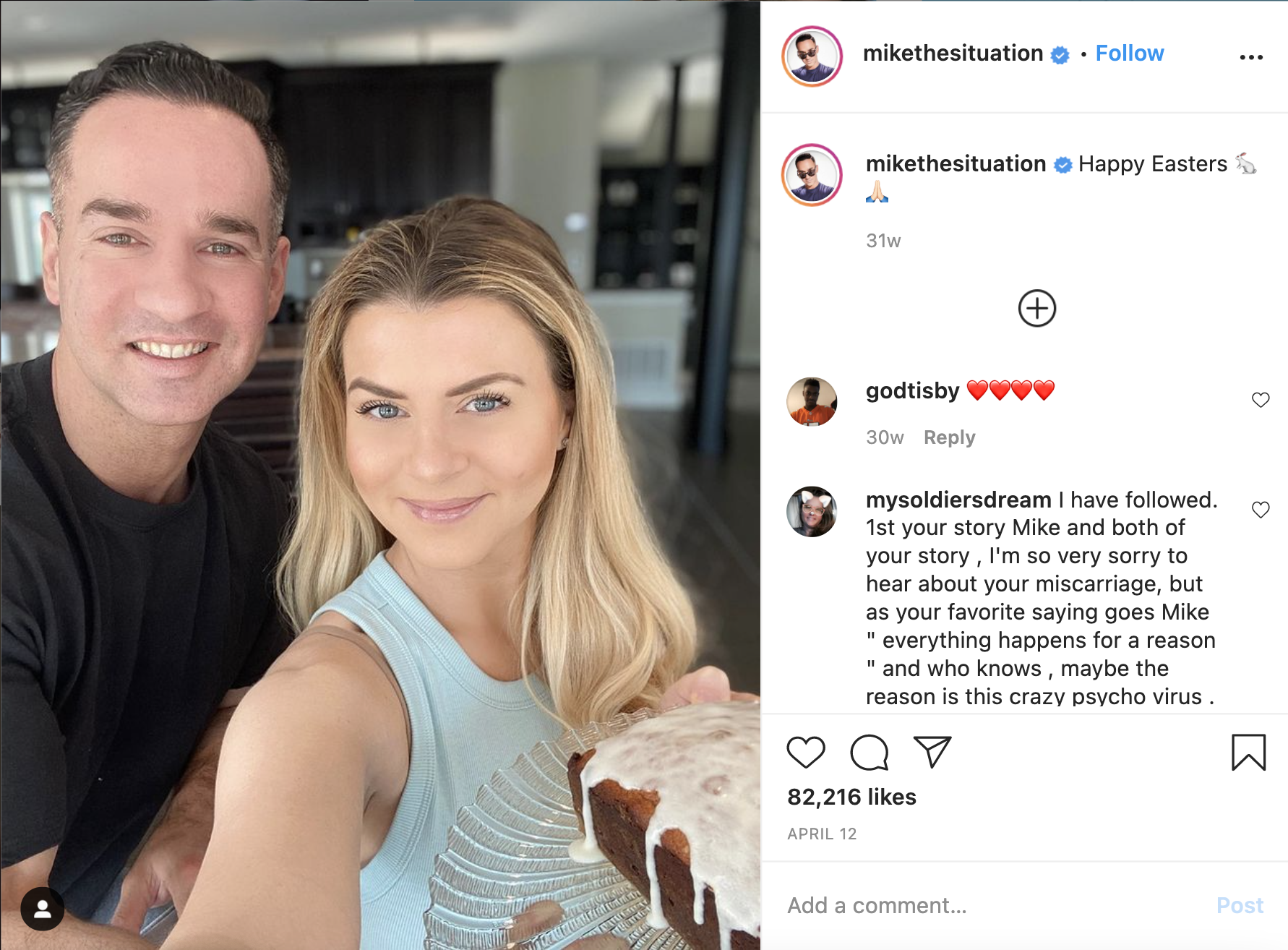 It might sound straight out of a romantic movie, but Sorrentino claims to have frozen when he saw her face again as she is his first love. But this did not mark the end of their bumpy ride as after they got into the relationship, Pesce helped him fight his drug abuse and alter his partying lifestyle. The style blogger convinced him to remain sober and continuously motivated him to be a better version of himself.

“The Situation” proposed to the love of his life on ‘Jersey Shore: Family Vacation’ in 2018 at the backyard of their shore house. The adorable pair got married on November 1, 2018, at Legacy Castle in Pequannock, New Jersey. Their journey together includes Pesce supporting him unquestionably through his five-year-long legal battle. In October 2018, the television personality was sentenced to eight months in prison charged with tax fraud. 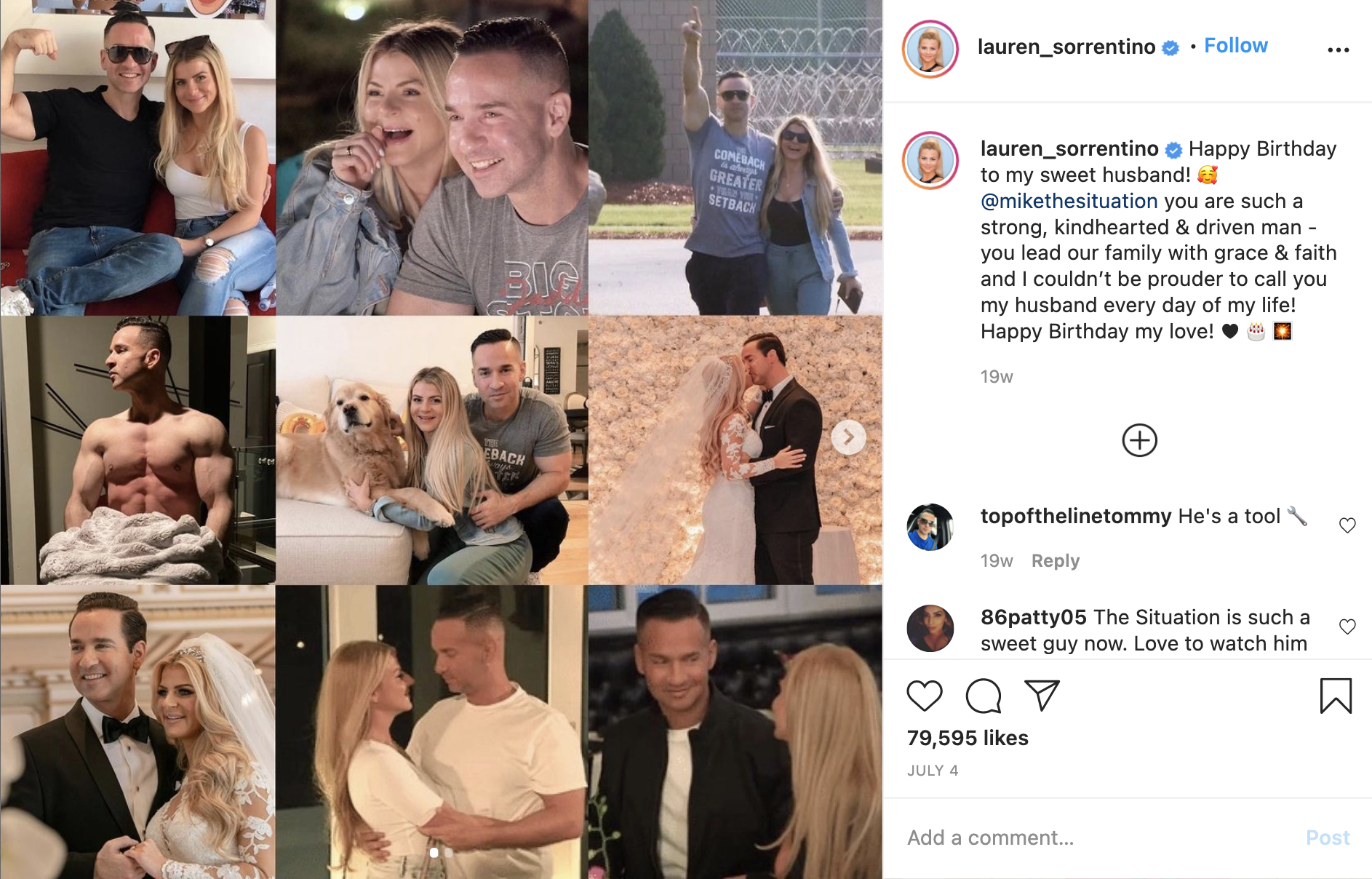 He attended the Otisville Federal Correctional Institute in January the following year. Luckily, they got to celebrate their first anniversary together shortly after Sorrentino served his time in jail and got out in September 2019. The couple has been trying to have children of their own, but sadly, Pesce suffered a miscarriage by the end of October 2019.

Their mutual love and faith for each other helped them get past the devastating mishap. As they continue to be hopeful in growing their family in the near future, it would not be far-fetched to claim that Sorrentino’s wife has remained his one constant through the drama that life has presented to him. Like a true gentleman, he has been reciprocating her efforts and stays by her side through the thick and thin.

Read More:  Is Pauly D From Jersey Shore Married? Does He have Children?