Is Mike Pyle Married? Does He Have Children? 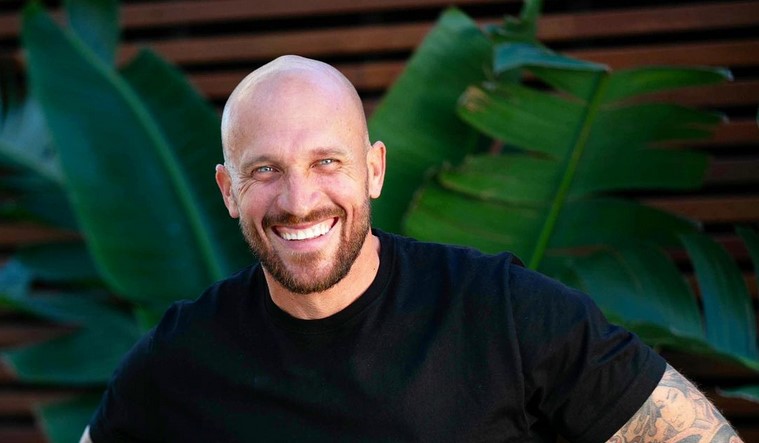 ‘Inside Out’ is an exciting new show on HGTV that makes participants choose between brilliantly designed interiors or an outdoor makeover that will blow people’s breath away. With Mike Pyle and Carmine Sabatella as the hosts, the show meets people who have a specific budget to give their homes a makeover. Both Mike, a landscape designer, and Carmine, an interior designer, try to win over the client through their innovative yet budget-friendly ideas. Ultimately, it is up to the client to decide which part to invest more into.

Mike Pyle is a brilliant landscaper and a well-known name in the real estate industry. With his very own landscape design company, Mike has been leading a highly successful life. Naturally, fans are curious about this brilliant landscaper’s life behind the TV screen. Well, let’s find out more about Mike Pyle’s private life, shall we?

Mike was born to Stephen Pyle and Delilah Elizabeth Pyle. He grew up alongside a brother, London Pyle, in Palm Desert, California. He, along with his brother, attended the Palm Desert High School. Mike started his outdoor design business from Palm Springs, California, before moving to Orange County.

Mike loves and values his family above everything else. He has often credited his success to his parents and said that he was indeed lucky to get such a support system. Mike loves showing his appreciation for his parents through beautiful posts on social media and has remained close to his loving family.

Mike Pyle is known to be in a relationship with Lizzy Farag. The couple reportedly met in 2018 and felt an instant connection with each other. They soon started dating and even adopted a dog as a sign of their togetherness. A registered nurse, Lizzy currently performs her duties at the Newport Beach Surgery Center and has also served as an RN-Medical Oncology nurse at the Saddleback Memorial Medical Center.

Just a few months into their relationship, Lizzy got pregnant with the couple’s child in 2019. Soon after finding out about her pregnancy, Mike decided to pop the question to his beautiful partner in September 2019. By sharing an adorable picture of his proposal, the landscape designer took to his Instagram account to announce that he was engaged to the love of his life.

It is still unclear whether Mike and Lizzy have already exchanged their marriage vows. However, one thing we are sure about is their endless love for each other. The couple has gone through quite a lot together, and in October 2019, Mike and Lizzy had to face heartbreak when their dog, Steve, died suddenly because of kidney failure. In a touching post on Instagram, the couple shared their memories about Steve and bid goodbye to him.

Mike Pyle and his partner Lizzy Farag are proud parents to their adorable daughter, Stevie Pearl Pyle. Born on December 13, 2019, she soon became the light of her father and mother’s life. Mike loves his daughter beyond measure and often shares his adoration on social media through beautiful posts. The couple also celebrated the one-year birthday of Stevie Pearl in December 2020. Presently, Mike, Lizzy, and their daughter, along with their adorable dog Steeler, live in Orange County, California.

Read More: Where is HGTV’s Inside Out Filmed?