Is Minamata Based on a True Story? 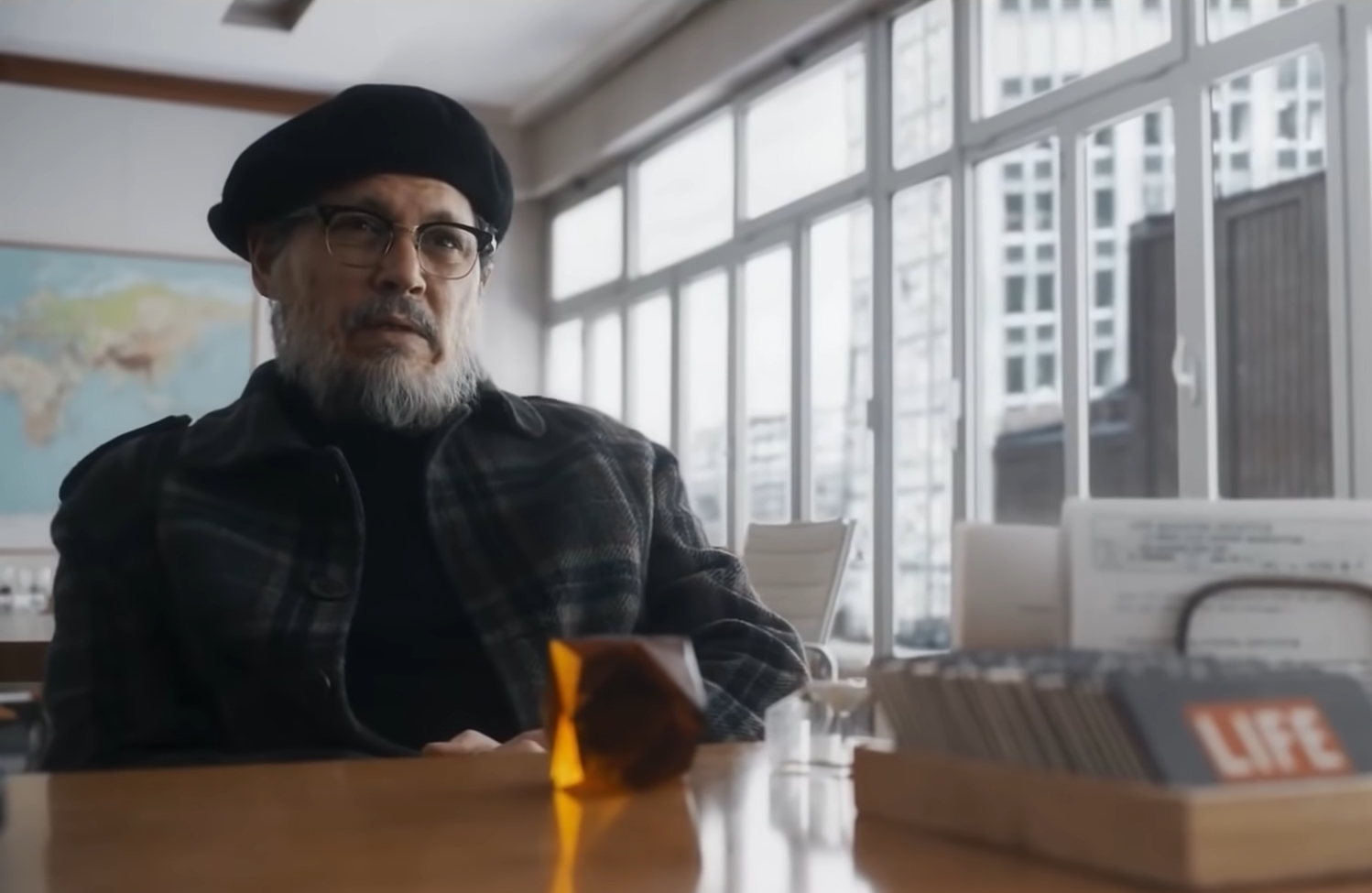 Directed by Andrew Levitas, ‘Minamata’ focuses on photojournalist W. Eugene Smith’s (Johnny Depp) coverage of the effects of mercury poisoning in the village of Minamata in Kumamoto, Japan. The film pits him against a major corporation whose business practices leads to severe health hazards in the local populace. Smith’s assignment in Japan displays his grit and determination in standing up against injustice.

Smith’s resilience and effort to unearth the truth puts him in dangerous situations. An eclectic mix of sensitivity and intensity, ‘Minamata’ recreates 1970s Japan exquisitely, providing an immersive experience into the annals of history. If you are curious to know about the inspiration behind the story, we are here to help you out!

Is Minamata Based on a True Story?

Yes, ‘Minamata’ is based on a true story. The film is based on the eponymous book by acclaimed war photographer W. Eugene Smith and his wife, Aileen Mioko Smith. The book provides photographic details of Eugene and Aileen Smith’s journalistic exploits while covering the effects of Mercury poisoning in Minamata, Japan. Smith traveled to Japan in 1971 with Aileen and had reportedly intended to stay for three months.

Seeing the harrowing conditions of the local villagers, Smith was engrossed in his investigative effort and ended up staying in Minamata for three years. He produced the photo essay on the effects of Minamata disease, which was his last production before his death in 1978. One of the most striking images of the photo essay titled ‘Tomoko Uemura in Her Bath’ shows Ryoko Uemura holding her severely afflicted daughter in a Japanese bath. The photograph was published in 1972, which drew immense attention worldwide.

Smith and Aileen’s investigation entailed many dangers from the Chisso Corporation, which had reportedly dumped copious amounts of toxic effluents in the local river. The hazardous chemicals poisoned the aquatic life and severely impacted the local community, mostly comprising fishermen. Smith was aided in his quest by local people waging a protest against the Chisso Corporation. In January 1972, Smith was severely attacked by Chisso employees to stop him from publishing the incriminating photographs.

Smith survived the attack, but one of his eyes was severely damaged. The film covers this dangerous moment of Smith’s life accurately and depicts the events true to its origins. Minamata’s narrative remains fairly true to the events that were an integral part of Smith’s life. He was an acclaimed war photographer and a pioneer of modern photography, working for magazines like Life and Harper’s Bazaar. During the 1970s, he descended into self-pity and resentment but wasn’t alone, as shown in the film.

In fact, Aileen didn’t offer the Minamata project to Smith. A member of the Minamata movement recruited Smith while he was attending an exhibition in Tokyo. He was assisted in his photo-journalism by an aspiring Japanese photographer, Ishikawa Takeshi. Takeshi remarks, “Everything I consider important in life, including photography and jazz, I learned from Eugene. Back when I first ran into Eugene on the street, my ambition was to make a living taking photographs. Now, I’m always asking myself what I can do [for humanity] as a photographer.” 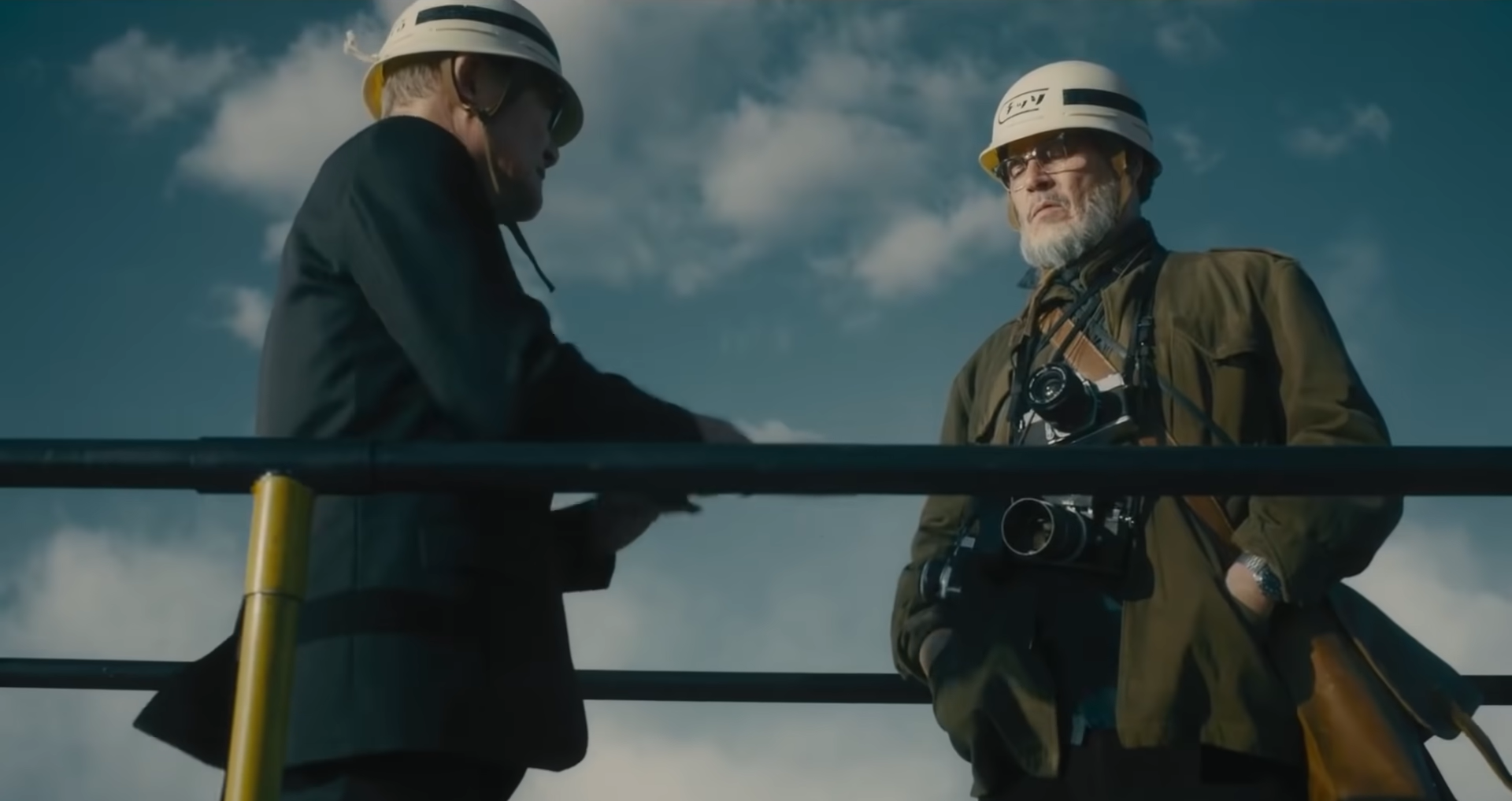 Smith’s coverage of the Minamata disease elevated the people’s cause as it helped them garner international attention. During the early 1950s, citizens started observing the symptoms of a disease in local wildlife as numerous dead fishes came afloat the river. However, the disease was first discovered in 1956, after the Chisso Corporation conducted their own test and found a severe amount of heavy metals (mostly mercury) in local water bodies. The Chisso Corporation allegedly downplayed its responsibilities as it tried to reroute the flow of its wastewater into the Minamata Bay.

Apparently, they even withheld their test results and refused to cooperate with researchers. ‘Minamata’ effectively positions the Chisso Corporation’s story in its narrative and remains true to the facts. ‘Minamata’ depicts that Chisso officials tried to bribe Smith to stop the publishing of his photographs. This event, though, never occurred in real life. The survivors of mercury poisoning were actually discriminated against, as shown in the film. The Chisso Corporation compensated the local fisheries, and the survivors were downright neglected.

Before the release of Smith and Aileen’s book, the photographs were published in Life magazine in 1972. By that time, the Minamata disease had become international news. Smith and Aileen’s coverage helped the victims win litigation against the Chisso Corporation, with the final judgment being passed in their favor on March 20, 1973. The Japanese government started cleaning the Minamata Bay, but the water remained unfit for usage until 1997. Andrew Levitas tells this story in his own dramatic flair, and despite taking certain liberties, remains true to the inspiring work of the legendary photographer, W. Eugene Smith.