Is Miss Sloane Based On A True Story?

Reared by John Madden (‘Shakespeare in Love’) and featuring the powerhouse of talent Jessica Chastain in the titular role, ‘Miss Sloane’ is a political thriller that revolves around a pertinent issue in American socio-political reality – the gun law. As Miss Sloane wages war on the gun law of America, viewers are reminded of an uneasy state of affairs that governs the rising crime rate in the country.

At the center of the story is a so-called Heaton-Harris Bill that attempts to extend background checks on gun licensing. While gun manufacturers approach Sloane to stop the bill from being passed, she takes a note and does the exact opposite. While the story may seem too real at times, is ‘Miss Sloane’ inspired by actual events? If the question popped up in your head, we would be happy to oblige you.

Is Miss Sloane Based on a True Story?

No, ‘Miss Sloane’ is not based on a true story. As real as the film may have seemed to you, it is completely fictional, as there has not been any such amendment as the “Heaton-Harris Bill” in the American legal framework. In fact, fans of the film would be astonished to find that the screenplay of the critically acclaimed political thriller is an original creation by Jonathan Perera, which Madden adapted for the screen. 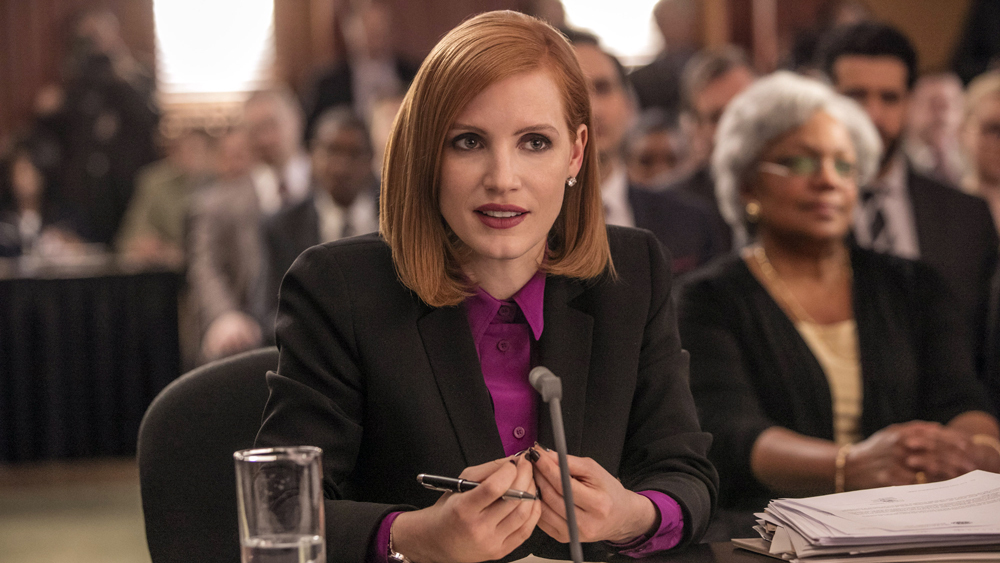 The United States has always been lenient towards gun ownership because who does not love a good duel, right? While the government endows the power of firearms to people, the crime rates in the twenty-first century have seen a steep increase. In 2016 alone, the year of the film’s release, as many as 15 school shooting incidents took place across the US.

In the film, Sloane’s employee Esme (Gugu Mbatha-Raw) has a history of surviving a school shooting incident, which Sloane uses in front of the media to garner more votes for the bill. By doing it, Sloane puts Esme’s life in danger, but Esme is saved by a random passerby who happens to carry a legal firearm. In the film, the event causes much uproar in the popular conscience and creates enough pressure to get the bill passed. Unfortunately, gun violence is still rampant in the country; things have not changed by the film.

Well, you may be wondering whether the daunting and determined character of Elizabeth Sloane is based on a real lobbyist. We are compelled to let you know that although the character is modeled upon a real person, she is far from what you may imagine. As the screenwriter divulged in an interview, the character is based on his own mother. When asked about the inspiration behind the character sketch of Sloane, he reportedly said that the good traits of the character come from his mother.

Miss Sloane has been perceived as an ambitious, smart, stubborn, and over-prepared woman who would walk an extra mile to get results. Raised by a single mother, Perera used the role model closer to home to essay the character. While it was Perera’s first script, he invested much research and thought to capture the nuances of a savage and corrupted political scenario of lobbying. Jessica Chastain’s Elizabeth is a force to be reckoned with, and the credit mostly goes to stellar acting on the part of the actor, who brings the political drama to life.