Is Monsignor Pruitt Dead in Midnight Mass? Who Is Father Paul? 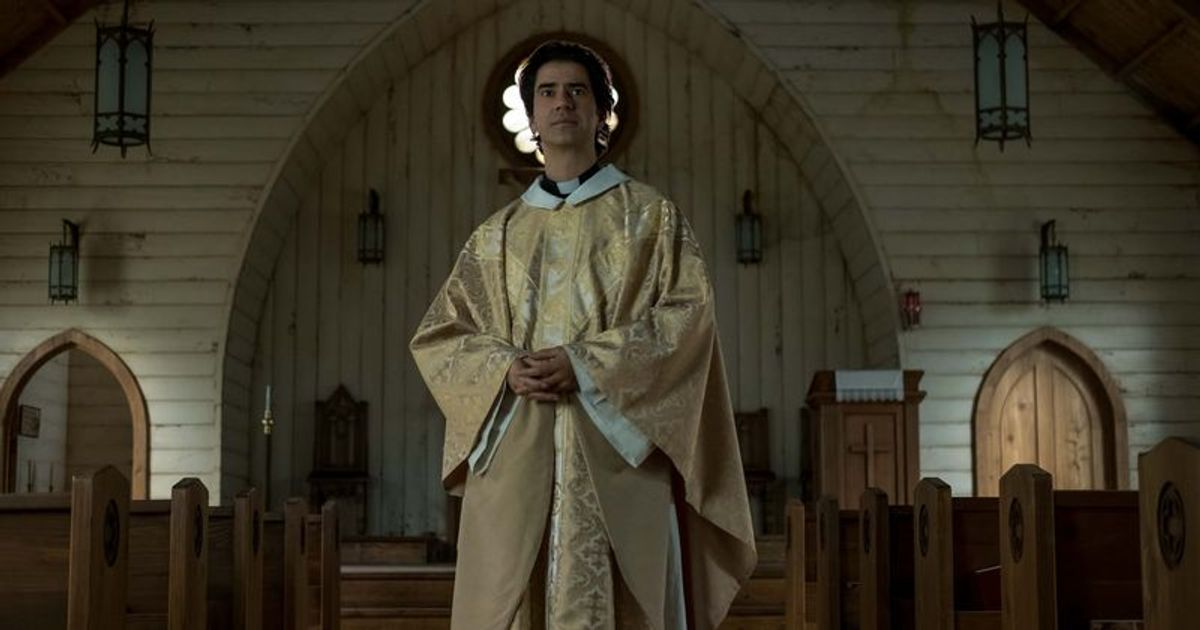 In Mike Flanagan’s (‘The Haunting of Bly Manor’) ‘Midnight Mass,’ faith is at the core of the narrative. For most residents of Crockett Island, Catholicism is a prominent part of their lives. But the financial difficulties of recent years and everything else that comes with it have made many generational residents leave the island. The rest have struggled to keep their faith in God while dealing with the harsh realities of a dying community and the rapid disintegration of the only industry on the island, fishing. Monsignor Pruitt, their elderly priest at the local St. Patrick’s church, has tried to help them the best he can, but that hasn’t been enough.

However, the arrival of Father Paul (Hamish Linklater), Monsignor Pruitt’s apparent temporary replacement, began to change things for the better. The young and enigmatic priest’s radical interpretation of the scriptures and passionate sermons bring many members of the flock back to the church. And when miracles start to happen all over the island, people begin to believe that God Himself is performing them through Father Paul. If you are wondering about the fate of Monsignor Pruitt and who Father Paul is, we got you covered. SPOILERS AHEAD.

What Happened to Monsignor Pruitt?

Monsignor Pruitt was sent to Crockett Island in his youth and has since lived there. He has witnessed generations of residents grow up, and many of them eventually leave the island. He was around 80 years old when the entire congregation financed his trip to Jerusalem. By then, Monsignor Pruitt had started showing signs of dementia. While traveling from Jerusalem to Damascus through the same road that Saint Paul the Apostle apparently took about 2,000 years earlier, Monsignor Pruitt was separated from his group. He was lost in the desert when a sandstorm hit. While trying to find shelter, he saw the mouth of a cave or the entrance to an ancient ruin, most likely unearthed by the storm.

Monsignor Pruitt’s failing mind only saw it as a shelter from the storm. So, he went inside, hoping to hide there until the storm passed. In the darkness of that cave, Monsignor Pruitt encountered a humanoid creature with bat-like wings. The creature attacked him and drank his blood before it opened up a wound on its wrist and fed Monsignor Pruitt its own blood.

Is Monsignor Pruitt Dead? Who Is Father Paul?

No, Monsignor Pruitt isn’t dead. As he lied there on the ground, beholding the creature’s hands, eyes, and wings, the only word that came in his mind was “angel.” He came to believe that the creature was an angel. So, when the creature tried to feed him its blood, he eagerly drank it, believing it to be the “blood of life.” His mind drew parallels between his actual circumstances and the allegories of the Bible. He came to believe that the literal blood of the creature was like the wine that Christ blessed during the Last Supper and gave to his disciples, giving him salvation.

When Monsignor Pruitt walked out of the cave the following morning, he realized that he was several decades younger. He then went back to Crockett Island and took the creature with him. Realizing that he can’t immediately reveal who he is, he adopted Paul’s name, drawing inspiration from the apostle that also discovered faith on the same path as him.

During his first Mass, Father Paul lies to his parishioners and tells them that Monsignor Pruitt’s condition worsened during the trip, and he had to be hospitalized in the mainland. He claimed that the diocese had sent him as a temporary replacement. As Monsignor Pruitt is significantly older than most island residents, people don’t instantly recognize him as a youth. Some likely don’t make the connection because of the sheer improbability of it. However, a few residents do. Bev Keane (Samantha Sloyan) is the first to connect the dots when she sees an old photograph of Monsignor Pruitt. Millie, Dr. Sarah Gunning’s mother, who intimately knew him when they were younger, immediately recognizes him despite her dementia.

Father Paul wanted to save the island and its people by bringing the creature there and sharing the “gift” he had received from it. In his religious fervor, he never stopped to consider that what he was bringing for them was actually a curse and would lead to their ultimate destruction. He never once thought that he would have to pay a terrible price for regaining his youth.