Is Montes Dead or Alive in The Longest Night? 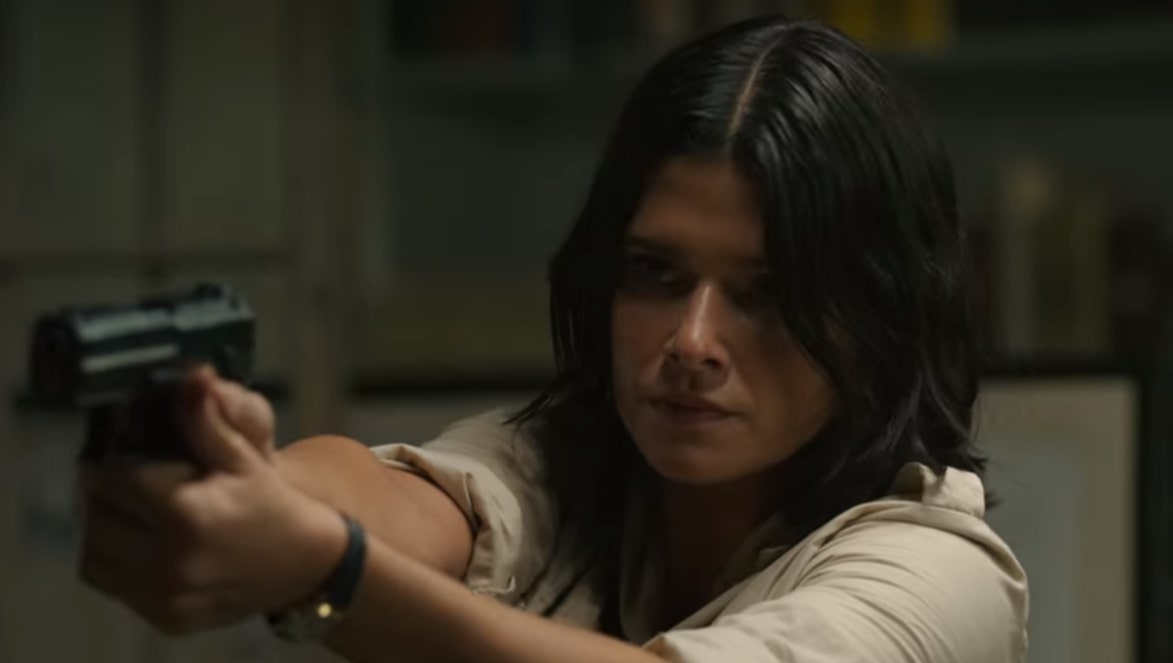 Netflix’s Spanish-language series ‘The Longest Night,’ alternatively known as ‘La noche más larga,’ encompasses violence, conspiracy, corruption, mental health, abuse of power, and betrayal as some of its major themes. The first season entirely takes place on Christmas Eve. Just as prison director Hugo Roca (Alberto Ammann) prepares to have dinner with his three children, he gets a call informing him that the dreaded serial killer, The alligator, whose real name is Simón Lago (Luis Callejo), has been caught and is being brought to his part hospital part prison facility, Baruca Hill. He soon learns that his eldest, Laura, has been kidnapped on her way to her mother’s home, and the kidnappers tell him that they will kill his daughter if he hands Simón over to the armed group of people attacking his facility.

Macarena Montes (Sabela Arán) is a supporting character in the first season of ‘The Longest Night.’ She used to be a police officer. Now, she is a security guard that joins Hugo’s team for the night because of The Alligator. If you are wondering whether she lives or dies in the show, we got you covered. SPOILERS AHEAD.

Is Montes Dead or Alive?

Being essentially an outsider, Montes doesn’t seem to share the sense of loyalty to Hugo that other members of the security staff clearly do. This gives her a clearer understanding of what is going on than most people in Baruca Hill, including Hugo, who becomes so focused on saving his daughter’s life that other people die for it. When Montes learns what has happened to Laura, she correctly realizes that Hugo has been compromised and is being controlled by Simón. Deciding to hand Simón over to the attackers so that no one else has to die, she leaves Hugo tied to a post and heads toward the roof with Simón.

Montes’ idea is to wrap Simón with a fire hose and lower him to the attackers. However, her plans to stop the violence fail. As Simón tells her, it’s all about motivation, and no one is more motivated than Hugo. The prison director rushes toward Montes and pushes her off the rooftop, presumably killing an innocent person.

The audience can hear the sickening thud as Montes hits the ground. There is a significant chance that Montes is dead. After pushing her off the rooftop, Hugo peers down, and a look of utter horror is etched across his face as it dawns on him what he has done. Later, Simón tells the others that he is the one that pushed Montes. He knows that he still needs Hugo. If the others discover that Hugo killed Montes, they might stop listening to him and even put him in a cell. That will be detrimental to Simón’s plans.

There is a possibility that Montes has survived the fall and makes a surprise return in the prospective second season. After all, we neither see her fall nor her dead body. That is particularly unusual for a show like ‘The Longest Night,’ which doesn’t shy away from depicting acts of violence. Moreover, we are given hints about Montes’ past. It feels like the show writers have done the groundwork with her in the first season. If there is a season 2, she might reappear and hold Hugo accountable for his actions.