Is Munich: The Edge of War a True Story? 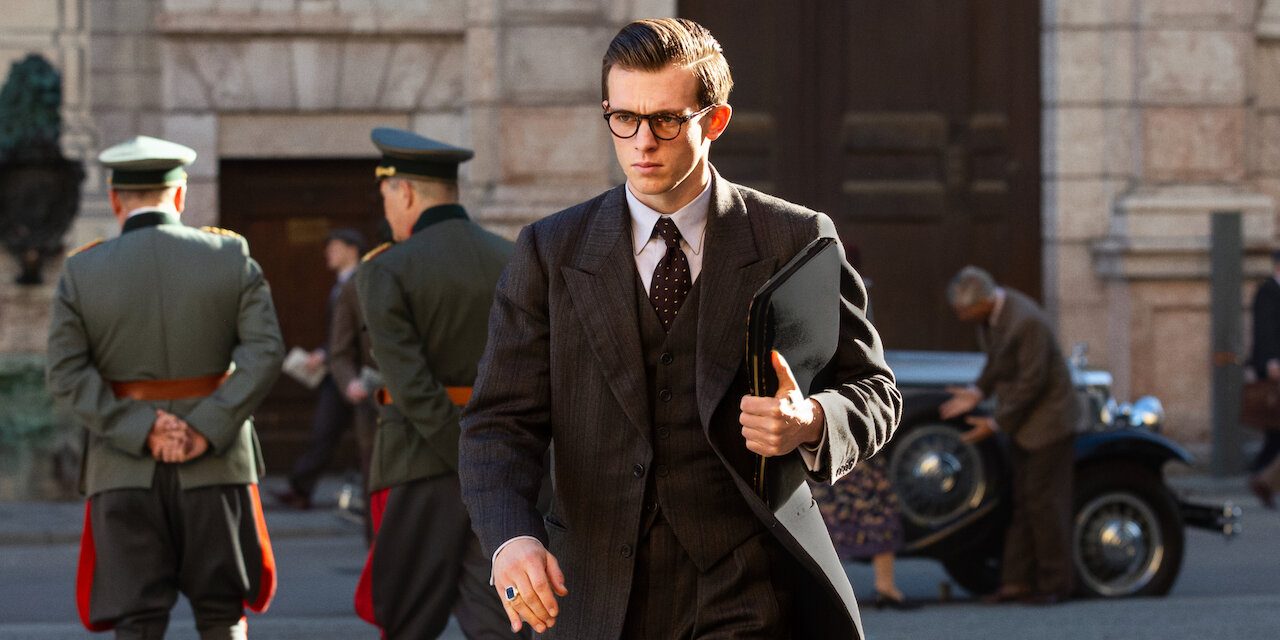 ‘Munich: The Edge of War’ is a political drama film set against the tense backdrop of 1938 Europe in the days leading up to the Second World War. It follows two college friends working as diplomats who might just be Britain’s best bet at stopping a devastating war. The movie is directed by Christian Schwochow (‘Je Suis Karl‘) and tells an intense story with thriller and espionage elements.

Since the film’s events occur in the prelude to World War II and reference various real-world political figures, viewers must be curious to find out whether it is inspired by certain true events or actual incidents. We also got curious about the same and decided to do some digging. Here’s everything we learned about the inspiration behind ‘Munich: The Edge of War.’

Is Munich: The Edge of War Based on a True Story?

‘Munich: The Edge of War’ is partially based on a true story. The film is an adaptation of author Robert Harris’ best-selling novel ‘Munich,’ first published in 2017. The book’s narrative revolves around the events leading up to the 1938 Munich Agreement between Adolf Hitler and UK Prime Minister Neville Chamberlain. However, the story is told from the perspective of Civil Servants and former classmates Hugh Legat and Paul von Hartmann. The film is a close adaptation of the source material and rarely deviates from its plot. However, the book itself relies on fictionalizing certain actual incidents and creates its own version of history to craft its narrative.

In an interview, Harris spoke about the conception of the book. Harris stated that he was fascinated by the story and history behind the Munich Agreement for almost thirty years. He wanted to examine the importance of the agreement and the roles of the political leaders involved. Harris considered exploring the Munich Agreement through a “what if?” scenario but later opted to delve into the facts. He said that the objective behind the novel’s story was to give people a different impression of the Munich Agreement’s significance in history.

The 1938 Munich Agreement was signed after a summit between Hitler, Chamberlain, Benito Mussolini, and Édouard Daladier. In the novel and the film, Hitler’s desire to attack Czechoslovakia is the inciting incident that leads to the four political leaders coming together for peace talks. While that is historically accurate, the film does not discuss the various other events and the roles of the Sudeten army and the Polish, among other factors. While the presence of real-world political figures such as Hitler, Chamberlain, and Sir Osmund Cleverly can be strongly felt throughout the film, the lead characters Legat and Hartmann are fictional characters.

However, the characters are reportedly partially inspired by Adam von Trott zu Solz and AL Rowse. Trott was a German diplomat who studied in Oxford. Later in life, he worked at the German Foreign Office and became a stern opposition to the Nazi regime. All these aspects of Trott’s life are reflected in Hartmann. On the other hand, Alfred Leslie Rowse was a British author and historian who studied in Oxford on a scholarship and had a brief political career.

Rowse and Trott became close friends, similar to Hartmann and Legat during their time in Oxford. However, unlike Legat, Rowse never worked as a secretary to the Prime Minister or any similar role. Aside from the two fictional characters, the film features the interactions between Hitler and Chamberlain. Most of their interactions are rooted in history and stand to show the writers’ attention to detail and extensive research.

All things said, ‘Munich: The Edge of War’ is a powerful blend of history and fiction. Its strength lies in using facts to create a tense and gripping atmosphere with a sense of urgency that is reflective of the political instability of the era it portrays. In contrast, the narrative relies on fictional characters to navigate the web of complexities created by differing political opinions and desires. Therefore, it is best to consider the film a piece of historical revisionism.

Read More: Where Was Munich: The Edge of War Filmed?