Where Was Munich: The Edge of War Filmed? 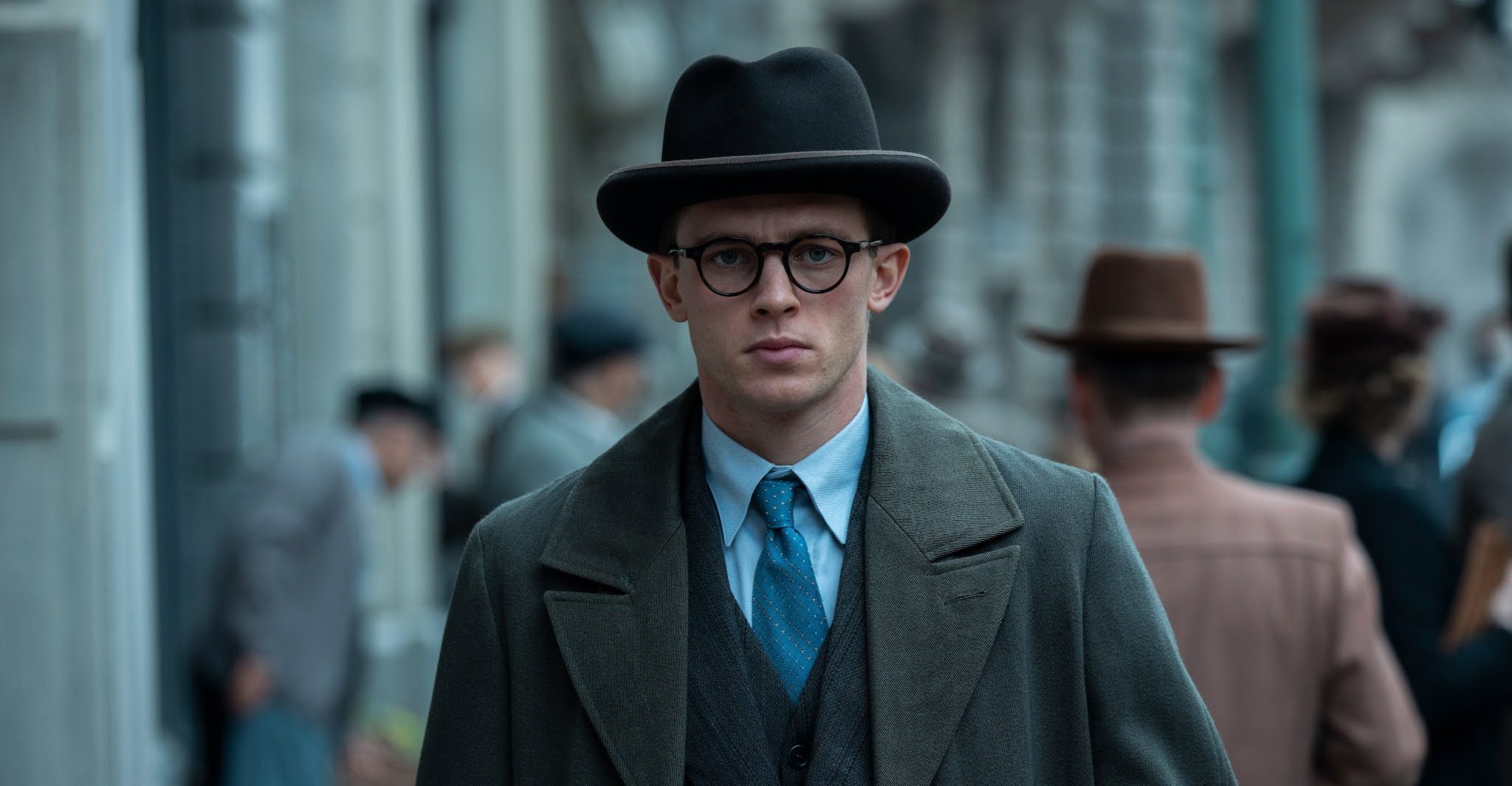 ‘Munich: The Edge of War’ is a gripping British period drama movie directed by Christian Schwochow that depicts a series of important events leading up to World War 2. Based on the eponymous novel by Robert Harris, the story follows Hugh Legat, a British government official who travels to Munich for an emergency conference. En route to Munich, Hugh bumps into his former classmate Paul von Hartman, a German diplomat who is also attending the conference.

In the background, Adolf Hitler is set to invade Czechoslovakia, while British Prime Minister Neville Chamberlain and his government aim for peace. The opposing interests of their nations pit Hugh and Paul against each other, resulting in crucial negotiations with high stakes involving danger. Set against the backdrop of war and political agendas, ‘Munich: The Edge of War’ gives a realistic visual account of the past. If you are curious to find out where this thrilling movie was filmed, here is all you need to know.

‘Munich: The Edge of War’ was filmed at authentic locations across England and Germany. Principal photography commenced in October 2020 and was wrapped up in December 2020, and the working title of the movie was ‘Munich 38.’ Since the storyline is set in 1938, strict attention to detail has been given to each aspect of the sets to make them look believable as government offices from those days. Moreover, the cast and crew had to follow strict Covid-19 protocols, including wearing masks until the final rehearsal as well as maintaining the necessary distance. Now, here are more details about the filming locations.

Major scenes from ‘Munich: The Edge of War’ were filmed in Liverpool, a maritime city in Merseyside county. Liverpool doubled up as London in the movie, and the iconic Royal Liver Building and the adjacent Cunard Building were used to film scenes depicting the Whitehall area in London. Numerous government office sequences were filmed in and around the two buildings, and since the city streets were deserted due to the pandemic regulations, they helped paint a convincing picture of the 1930s.

Other scenes were filmed at the Exchange Flags building and the Martins Bank headquarters. The time depicted in the movie is late summer and early September. However, since the cast and crew filmed towards the end of the year, they had to face severely cold temperatures. Liverpool is known for its culture and architecture and is an important transport hub. It is also the origin place of the renowned band The Beatles, and also the home of the Liverpool and Everton football clubs. The hit TV series ‘Peaky Blinders‘ and ‘The Crown’ were filmed in Liverpool.

‘Munich: The Edge of War’ was partly filmed in Amersham, a charming town in Buckinghamshire county. The scenes depicting the British Prime Minister’s house in Chequers, along with the houses on Downing Street, were filmed in historic houses in the town. Furthermore, the Downing Street garden was recreated in Amersham. The High and Over art deco house is a prominent landmark in the town which serves as a prominent filming location.

Few portions of ‘Munich: The Edge of War’ were filmed in the Greater Manchester county. The scenes depicting the Palace of Westminster were filmed in Rochdale Town Hall, a historic Victorian-era municipal building that was once fancied by Adolf Hitler himself. The crowded British Government frontbench from the era the movie portrays was recreated using several supporting artists and visual effects. Greater Manchester is an important hub for media, music, dance, football, and the digital industries. The movies ‘Darkest Hour‘ and ‘Captain America: The First Avenger’ were filmed in the county as well.

Several scenes from ‘Munich: The Edge of War’ were filmed on location in Munich, the capital city of Bavaria. The production team specifically filmed at the Munich University of Music and Theater and the Odeonsplatz, a historic market square that lies between the Hofgarten garden and the Feldherrnhalle loggia. Pre-war Munich was reconstructed bit by bit for filming by using vintage cars, Nazi symbols, and market stalls. Munich is a global center for arts, technology, automobiles, finance, and culture, and the movie ‘Bohemian Rhapsody‘ was filmed there.

‘Munich: The Edge of War’ was also filmed in Potsdam, the capital city of Brandenburg. Situated on the River Havel, Potsdam is over 1000 years old and is studded with picturesque lakes and palaces like the Sanssouci Palace, Cecilienhof Palace, and the Orangery Palace. The city also houses the Filmstudio Babelsberg, which is the oldest large-scale film studio in the world.

Some scenes from ‘Munich: The Edge of War’ were filmed in Berlin, the national capital of Germany. The production team filmed at the Friedrichshain district in the city’s eastern part. Berlin consists of numerous lakes like the Lake Müggelsee, as well as forests, parks, rivers, canals, and gardens.

The city has a rich political history and is currently an international center for science, media, culture, politics, and business. The major landmarks in Berlin include Museum Island, the Reichstag building, and the Berlin War Memorial, to name a few. Some of the movies that were filmed in the city are ‘The Matrix Resurrections,’ ‘Spider-Man: Far from Home,’ and ‘Inglourious Basterds.’

‘Munich: The Edge of War’ was furthermore filmed in Dresden, the capital city of Saxony. The city lies on the River Elbe and has historically been the residence of the past royal families. Striezelmarkt is an iconic Christmas market that is set up each year in Dresden and is one of the largest Christmas markets in Germany. Prominent tourist spots in Dresden include the Zwinger, Semperoper, Frauenkirche, and the Dresden Castle.