Is My Best Friend’s Bouquet Based on a True Story? 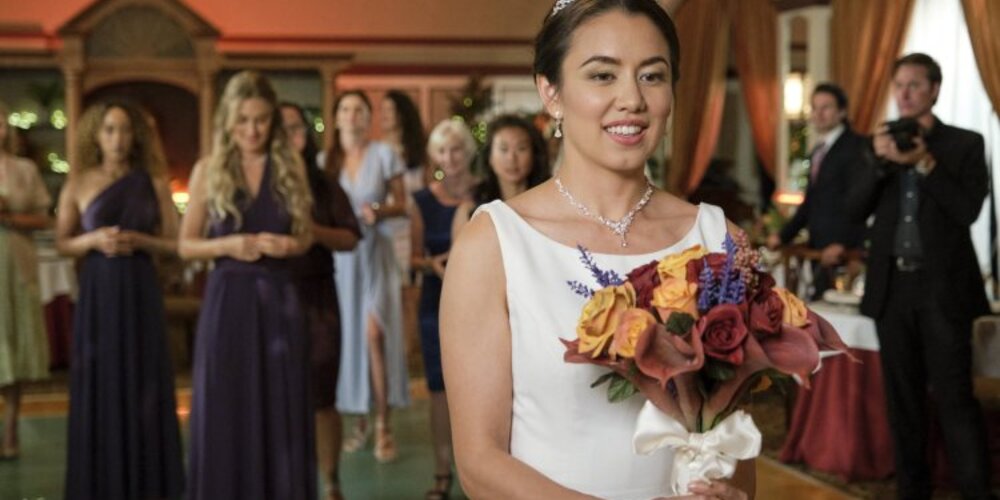 Hallmark Channel’s made-for-TV movie ‘My Best Friend’s Bouquet’ follows the story of a romantic woman who believes in the power of the bride’s bouquet. Josie Hughes is a hopeless romantic who dreams of finding true love as great as those shown in black and white films of old, where the heroine is swept off her feet by the handsome and charming hero. She goes about life looking for “signs” but ignores the real signs that would clue her into a love long-harbored by someone close to her. Directed by Jessica Harmon (of ‘The 100’ fame), this sweet rom-com stars Chaley Rose and Nathan Witte in the lead roles. Let’s find out more about the movie’s premise.

What is My Best Friend’s Bouquet About?

Josie Hughes wants a romance filled with grand gestures and longing looks. Josie utterly, unquestionably believes that whoever catches a bride’s bouquet is next to get married. That is why the still-single Josie feels guilty when she catches the bouquet at her BFF’s wedding instead of her not-so-single friend Athena because she naively thinks she has ruined her friend’s chances of getting a ring that year.

Josie meets Will, an eligible bachelor, at the wedding reception and she takes it to be a sign from the universe that Will is “the One”. They begin dating and Josie is absolutely clueless to the fact that someone else, who could possibly be her ‘Mr. Right’, is pining for her from afar. Josie is blind to the longing looks of her childhood best friend Alex, who has been smitten with her since forever. The film revolves around Josie’s search for her one true love, looking literally everywhere when he is right beside her all the time. With her eyes closed to the reality, she stands the risk of letting real love pass her by unless something happens to wake her up from her fantasy.

Is My Best Friend’s Bouquet Based on a True Story?

No, ‘My Best Friend’s Bouquet’ is not based on a true story. The filmmakers have not cited any source that inspired the story in ‘My Best Friend’s Bouquet’. However, countless women world-over do believe in the superstition of the bridal bouquet, as evidenced by a 2016 case in which an embarrassing video went viral of a woman diving to catch the bouquet and ending up falling flat on her face at a wedding in Germany. The unfortunate video clearly shows how much the woman wanted to be the one to win the romantic luck that a bridal bouquet is said to bring.

And of course, there are numerous instances of best friends or childhood friends ending up together, finding romantic love as adults. Most people, at some point in their lives, have thought about what it would be like if they were romantically involved with or married to their best friend (if their BFF is of the gender that they’re attracted to, that is). It is not an uncommon scenario that a woman (or man) realizes that her long-time friend has been in love with her for years and it is not all that unlikely that she (or he) returns the feelings. Don’t we all know someone with a similar story? So while the film ‘My Best Friend’s Bouquet’ is not based on a particular true story, it does inadvertently take inspiration from real-life stories that are so common that one hears about them often.

Read More: Is Lifetime’s Betrayed By My Husband Based on a True Story?