Is Netflix’s Clark Based on a True Story? 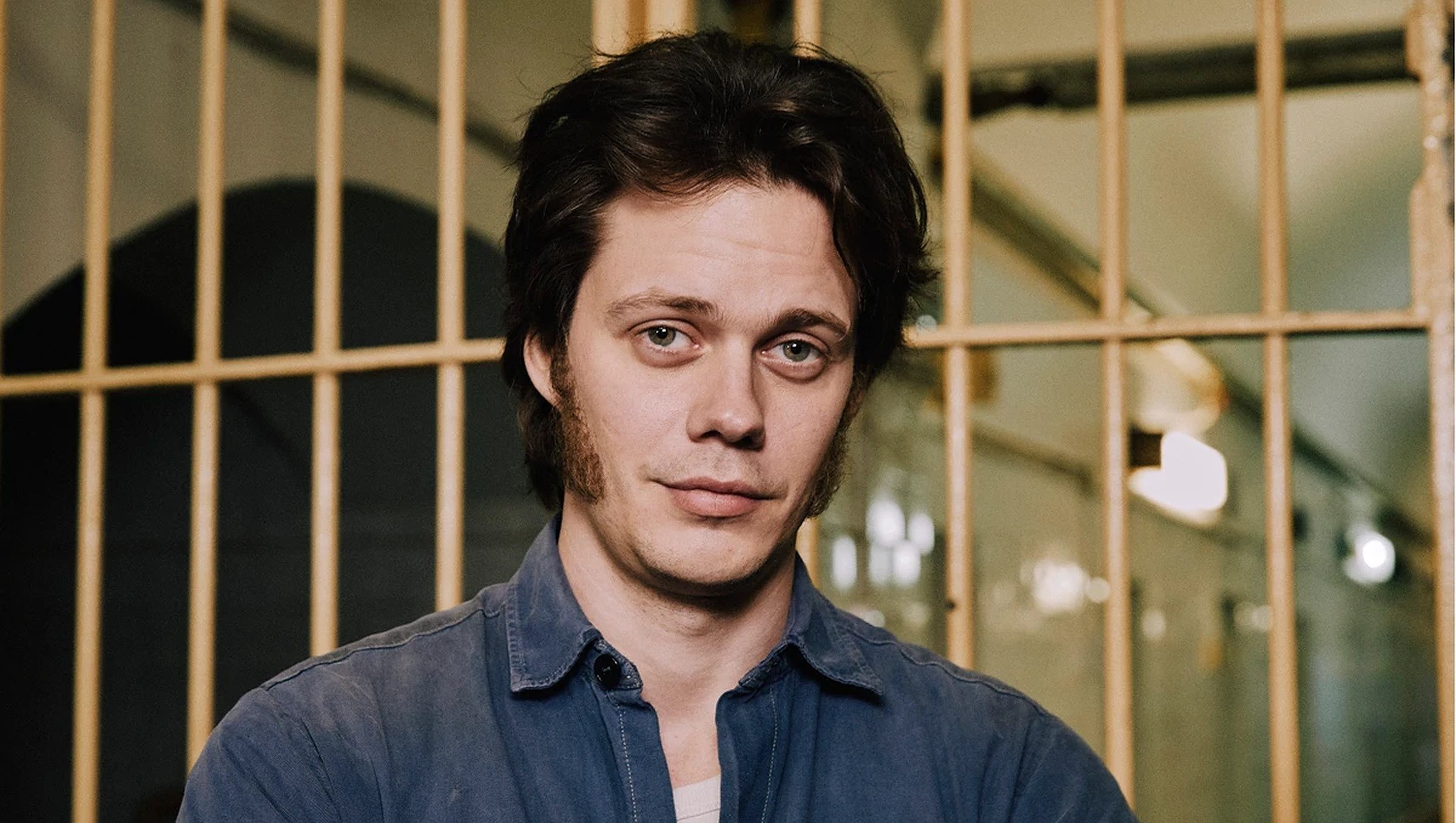 Directed by Jonas Åkerlund, ‘Clark’ is an addictive crime drama TV series on Netflix. It revolves around Clark Olofsson, who goes from being a petty criminal to becoming Sweden’s most notorious gangster. Over several decades, his good looks and smooth-talking persona charm several women in his life and also convince the entire nation to fall in love with him. The show has garnered rave reviews for its gripping narrative and the nuanced performances of the cast members. Moreover, they make the viewers wonder if ‘Clark’ is based on a true story. Curious to know if that’s the case? Let’s find out more!

Is Clark Based on a True Story?

Yes, ‘Clark’ is based on a true story. It is an adaptation of Swedish criminal Clark Olofsson’s autobiography ‘Vafan var det som hände?’ His role in the infamous 1973 Norrmalmstorg robbery gave rise to the concept of the Stockholm Syndrome. Born on February 1, 1947, in Trollhättan, Clark and his two sisters grew up in a disturbed family atmosphere, where alcohol was a major problem. When he was eleven, his father left the family, and his mother was subsequently institutionalized at a psychiatric hospital. After an eventful stint in foster care and traveling worldwide as a sailor, Clark moved back in with his mother – whose health had improved – and sisters in Hisingen.

In 1963, a 16-year-old Clark was sent to a juvenile institution for numerous car thefts, but he escaped two years later with two fellow inmates and broke into Swedish Prime Minister Tage Erlander’s Harpsund country estate. In 1966, he was tried for the first time as an adult and awarded three years in prison for assaulting two police officers. The same year, Clark made a prison escape while being incarcerated at a facility in Tidaholm. He gained national recognition in July 1966 after he accompanied Gunnar Norgren in a burglary at a bicycle shop in Nyköping.

Gunnar shot and killed one of the two police officers who had responded to the burglary and was arrested in August 1966. However, Clark managed to escape and elude them for two weeks. The police caught him secretly meeting his then-girlfriend and arrested him, but not before he fired his gun at them and managed to injure an officer in the shoulder. He was sentenced to eight years imprisonment at the Kumla prison, where he got engaged to his girlfriend, Madiorie Britmer, in July 1967. Regardless, he managed to escape yet again and traveled to the Canary Islands in February 1969.

Afterward, Clark was arrested in Frankfurt and returned to prison, only to escape again just two months before his release from the Lingatan Prison. After being on the run for seven months, he was arrested in Ulricehamn in 1973, after he robbed a bank in Gothenberg. He was sentenced to six years in prison and held at the high-security Kalmar prison and then at the Norrköping Prison.

However, later in 1973, Clark was summoned to the Kreditbanken in Norrmalmstorg, Stockholm. Apparently, robber Jan-Erik Olsson had taken hostages and demanded that Clark be sent to the bank. The latter spent six days with the hostages, after which they were rescued. The hostages’ friendly and sympathetic response toward Clark inspired the coining of the renowned psychological term Stockholm Syndrome, wherein a hostage develops an emotional attachment to the abductor.

As per Clark, he had the police’s support and had done everything to protect the hostages from the robber. After being acquitted in the Svea Court of Appeal, Clark was sent back to Norrköping Prison to resume his sentence. Escaping again in March 1975, he proceeded to rob a bank in Copenhagen and traveled to the French Riviera with the hefty amount. He then bought an expensive sailboat and traveled with a companion around the Mediterranean for three months.

Following brief encounters with the police in Denmark and Brussels, Clark met Marijke Demuynck, a 19-year-old Belgian girl, while escaping on a train in Germany. In March 1976, Clark committed the largest robbery in Swedish history at that time- 930,000 SEK from the Svenska Handelsbanken AB in Gothenberg. Furthermore, he took two people as hostages, although no one was harmed. He was arrested a few hours later, but only 230,000 SEK were found on him.

After another grand prison break and rearrest, Clark married Marijke at the Kumla Prison on August 12, 1976. Three years later, he joined Stockholm University as a journalism student and also interned with the Arbetaren newspaper. However, his education got interrupted when he got into a violent altercation with a fisherman during a day leave in 1980. He was sentenced to 2 and a half years for aggravated assault. In 1983, Clark finally graduated in journalism and settled with Marijke in Belgium post his release. Despite having a fresh start, troubles were far over for him as he was arrested once more in November 1984.

Clark was suspected of the attempted smuggling of 25 kgs of amphetamine in collaboration with the infamous Televerket Gang. He was further given a ten-year prison sentence for complicity in aggravated felony drug offenses. In October 1991, Clark was released, and he settled near Brussels after changing his name to Daniel Demuynck. After a few seemingly uneventful years, he was apprehended another time in April 1998 for smuggling 49 kgs of amphetamine and then extradited to Denmark. In 1999, he was awarded 14 years in prison, and he separated from Marijke as well.

Clark was released in 2005, but even after many years in the prison system, he refused to stop his criminal activities. Following a long surveillance and wiretapping operation, he was seized from Varberg in July 2008 with three other people on suspicion of heading a massive drug operation. Charged with smuggling 100 kgs of amphetamine and 76 kgs of cannabis from the Netherlands, Clark was awarded a 14-year prison sentence and lifetime deportation for aggravated and attempted aggravated drug offenses. In March 2013, his application for a fresh trial was rejected, and in 2016, he was shifted to the Vorst Prison in Belgium.

In October 2017, a 70-year-old Clark was granted new Swedish citizenship, but his appeal for being relocated to Sweden was rejected. Finally, on July 30, 2018, he came back to Gothenberg, Sweden, after being granted a conditional release and renouncing his Belgian citizenship. Presently, Clark is likely living in Belgium and maintains a low profile. The Netflix series director Jonas Åkerlund decided to depict the celebrity criminal’s life in a heightened and flamboyant fashion in ‘Clark.’ However, he conducted heavy research on his life to bring accuracy to the narrative.

Not just that, in an interview in May 2022, actor Bill Skarsgård (Clark) shared that though he wasn’t too aware of the gangster’s history while growing up, he relied heavily on Jonas’ vision as well as his own study of the character. To aptly depict Clark’s mannerisms and charisma, the actor also watched a documentary from the 1960s, where a 15-year-old Clark was working on a ship. Thus, we can reaffirm that ‘Clark’ is a slightly exaggerated yet authentic study of Clark Olofsson’s intriguing life and the sensationalism that surrounded him.