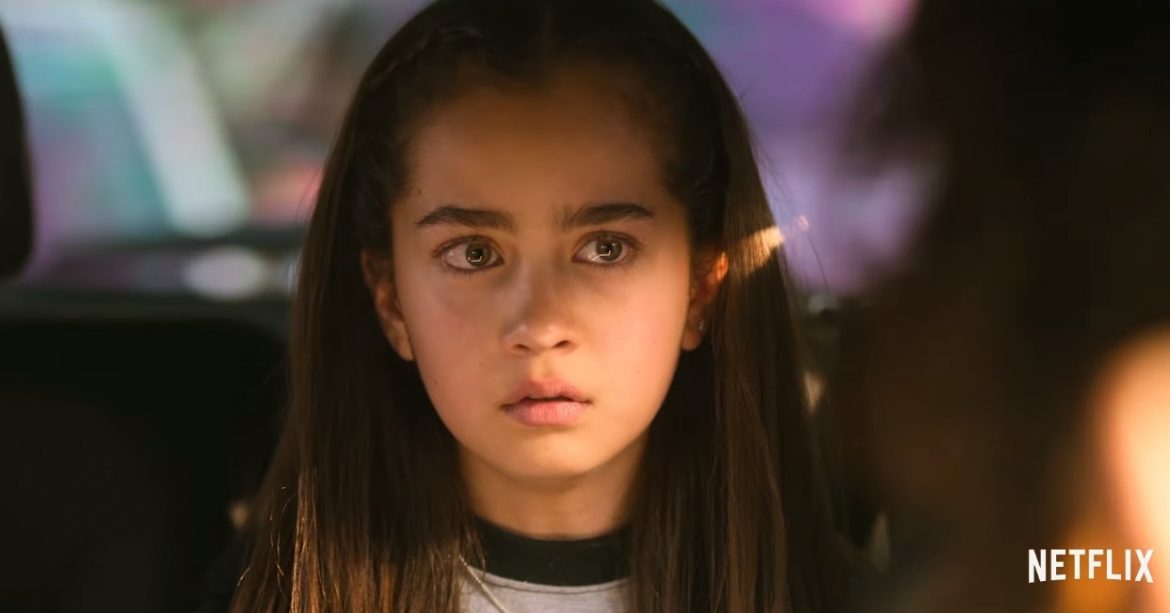 With Netflix continuing to invest in new talents from all over the world, its international section has become a massive and diverse collection of films. From Italian gangster sagas to Nordic neo-noirs to Korean romance dramas, you name it, the collection has it. One such example is Mexican family comedy ‘Dad Wanted’ (Se busca papá), which became available for streaming on September 11, 2020. Directed by Javier Colinas (‘Grandma’s Wedding’, ‘A ti te quería encontrar’), the film is a heartwarming and poignant tale about love, loss, and healing.

Blanca (newcomer Natalia Coronado) is an extroverted and adventurous girl with a penchant for BMX biking. But her passion for the sport is overshadowed by her mother’s (Silvia Navarro) grief about losing her husband, Blanca’s father, in a biking accident. Though immensely talented, Blanca has been forbidden from biking ever again. But being the independent and rebellious child that she is, she ignores the warnings of the family’s domestic help and goes to school on her BMX bike. Since the death of her father, the relationship between Blanca and her mother Fernanda has become strained. She can’t understand why her mother will not let her do what she is passionate about. For her part, Fernanda is having trouble balancing her work and her personal life. A filmmaker, she has to deal with a director making progressively bizarre demands on the set, while she has to face her daughter’s anger and frustration at her home. There is a disconnect between the two that will probably be solved by a candid conversation, but neither is willing to take the first step.

When Blanca learns about a BMX race, she wants to participate but knows that her mother will never let her do it. So, she and her friend come up with the plan of hiring an actor to play her father, who then can give the necessary parental consent for her to enter the race. They zero in on Alberto (Juan Pablo Medina), whose biggest qualification, at least according to Blanca, seems to be that he has the same surname as her, Diaz. An alcoholic and an unsuccessful actor, Alberto is still reeling from the loss of his daughter. Although he quickly sees through the girls’ schemes, he eventually agrees to help them.

Two strangers connect through their shared sense of grief and build a makeshift father-daughter relationship that helps them deal with the losses in their respective lives. ‘Dad Wanted’ has enough bits of earnestness and realism to make you wonder whether it is based on real-life events. In this article, we try to answer that question.

Is Dad Wanted Based on a True Story?

‘Dad Wanted’ is not based on a true story. Colinas developed the script for the film with Victor Avelar, Paulette Hernandez, and Fernando Barreda Luna. The film is produced by Luna and Jessica Villegas Lattuada. Jeronimo Rodriguez-Garcia served as the Director of photography.

While it may not be inspired by any specific real-life event, ‘Dad Wanted’ is a poignant cinematic representation of real emotions. Losing a parent at any age is hard, but doing so when you are as young as Blanca is in this film is a devastating experience. You are just not mentally and emotionally equipped to deal with the torrential grief that follows. No matter how brave and awesome Blanca seems, she is grieving. She is just better at hiding it than most of us.

In her efforts to protect her daughter, Fernanda inadvertently comes between Blanca and the one passion that she shared with her father, biking. She doesn’t realize that the rules that she is imposing on her daughter are only pushing her away. Blanca isn’t rebelling for rebellion’s sake, she is hurting, and Fernanda can’t see that, not yet at least.

When Alberto and Blanca come into each other’s lives, it doesn’t take them long to realize that this other person is very capable of filling that void within them. Medina delivers a wonderfully restrained performance as a grieving father. Alberto doesn’t have to say that he is hurting, he exudes his pain and loss through his mannerism.

As the film progresses, the bond between Alberto and Blanca grows stronger. When Fernanda finds out, she is initially agitated, but then accepts it after discovering the true depth of their relationship. All three of them learn to let go of their paralyzing grief. At the end of the film, both Fernanda and Alberto accompany Blanca to the BMX race and cheer for her from the sidelines. ‘Dad Wanted’ is as much an unequivocal celebration of fatherhood as it is a story about a collective catharsis.

Read More: Best Based on True Story Movies of 2019