Is Netflix’s High Heat Based on a True Story?

Created by José Ignacio Valenzuela, ‘High Heat’ (also known as ‘Donde Hubo Fuego’) is a Netflix Spanish-language Mexican telenovela thriller series. The story revolves around Poncho (Iván Amozurrutia), a young firefighter trying to figure out who killed his brother among other members of his unit at a station in a Mexico City neighborhood. There, much to his surprise, he finds love and camaraderie along with danger and dread as his secret investigation progresses. Meanwhile, Ricardo Urzúa (Eduardo Capetillo), accused of murdering multiple women, is released from prison. He tries to rebuild his life and find the daughter he hasn’t seen in years.

As a show, ‘High Heat’ deals with the everyday lives of the firefighters. It also unfolds like a true crime mystery thriller. If that has made you wonder whether it is inspired by actual events, we got you covered.

Is High Heat a True Story?

No, ‘High Heat’ isn’t based on a true story. Valenzuela, a renowned Chilean author and screenwriter, shares the writing credits for the show with Jean Pierre Fica and Valentina Pollarolo. However, the series has some aspects of reality sprinkled into it. Valenzuela began working on the project after learning about fire stations as much as possible. He was also inspired by the phrase: “La pasión no es más que un incendio del corazón” (or, “passion is nothing but a fire in the heart”). “Firefighters don’t spend all day putting out fires, in the barracks they always walk half-naked and are in the shower or exercising. In this series, not only buildings, houses, or cars are burned, bodies are burned, skins are burned, and for that you have to have characters who surrender to passions,” the creator of ‘Who Killed Sara?‘ stated in an interview with Produ. 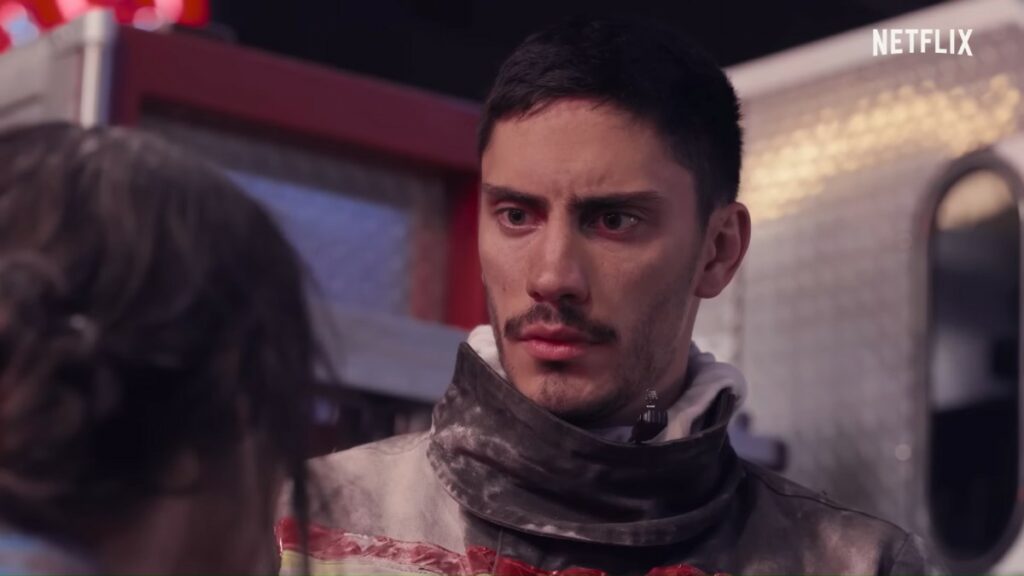 Valenzuela told the same outlet that he didn’t use male nudity exclusively to draw the female audience members to his show. “if it happens, it is a consequence,” he stated. “I wanted male firefighters to be in a situation in which, generally, men We are not men, which is more exposed at the skin level.”

‘High Heat’ comprises 39 episodes with 30-46-runtime each. It is reportedly the first series in a longer format that Netflix has made in Mexico. As a creator of telenovelas himself, Valenzuela is well aware of the negative connotation that is almost automatically attached to them. “Seeing the respect with which telenovelas were worked in Mexico made me realize that the prejudice that many people have towards them is, rather, due to misinformation or simply because they have not sat down to watch them,” he told Quién.

The author of the ‘Trilogía del Malamor’ series continued, “Of course there are a lot of very bad soap operas, just as there are a lot of very bad books or movies or plays. But there are soap operas that have changed the lives of many people or have gone down in history for their quality. There are soap operas that changed the television paradigms of the times in which they were made.” Clearly, ‘High Heat’ isn’t based on a true story, but it’s perfectly understandable if someone thinks it is.