Is Netflix’s Notes For My Son Based on a True Story? 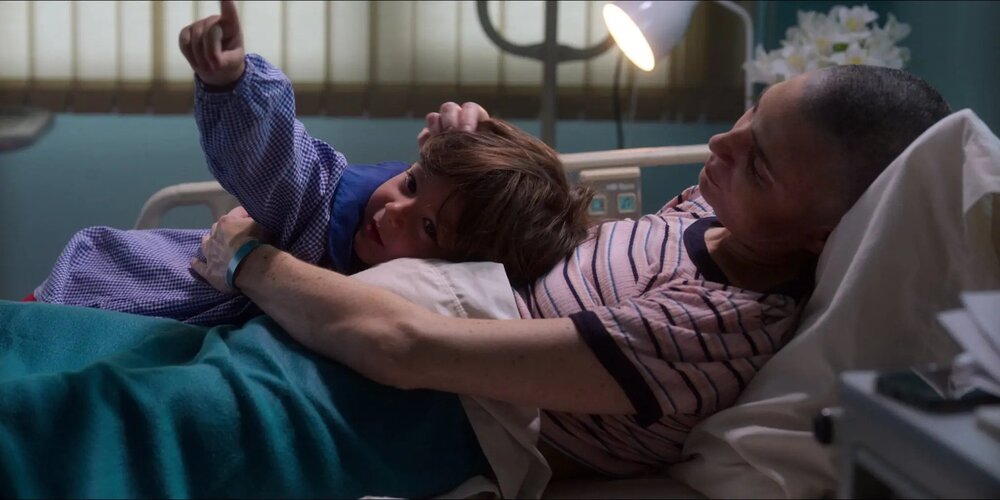 ‘Notes For My Son’ is a beautiful and heartfelt Argentinian family drama on Netflix that centers around a woman who has terminal cancer and uses her last few days to write a poignant tale of love and life from her own experiences in a notebook that she intends on leaving behind for her 4-year-old son who can know her when he grows up. When the doctors say that they cannot do anything other than making her final days a little bit comfortable, cancer-stricken Maria Vasquez asks her loving husband to bring her a notebook to write in.

In it, she writes her uplifting and hilarious take on life along with the happy memories that she has shared with her family. She also writes about the lessons she’s learned and how to live a fulfilling life even within a short number of days. Maria plans to leave this notebook for her 4-year-old son, who will have something to remember her by when he grows up. Through her refreshingly positive and sunny outlook, Maria also tries to bring love and light to the lives of her husband and best friend, both of who are devastated about losing her.

She helps them realize that the quality of life is what matters most, rather than the number of days one lives. She also takes to social media to share her bright, cheerful, and sarcastic views on cancer and death. Many people on social media find her journey inspiring, and soon, Maria becomes a viral inspiration to countless followers who want to hear her thoughts on everything. Directed by Carlos Sorin moving film might make people wonder whether it is based on a true story. Well, let’s find out!

Is Notes For My Son Based on a True Story?

Yes, ‘Notes For My Son’ is based on a true story. The movie, which is bound to move you to tears, is apparently inspired by the true story of a woman who died of cancer in 2015, leaving behind a heartwarming, funny, and heartbreaking letter for her family and friends and specifically her 4-year-old daughter Brianna. The film is loosely based on the story of Heather McManamy (of McFarland, Wisconsin), who passed away in 2015 due to breast cancer.

Apart from her inspirational goodbye letter, she also wrote cards/notes for her toddler daughter. Greeting cards that addressed specific occasions in her daughter’s life were compiled into a book by Heather’s husband. The book was released posthumously and is titled ‘Cards for Brianna: A Mom’s Messages of Living, Laughing, and Loving as Time Is Running Out.’ Below is the official synopsis of the book, as it reads on the back cover:

“Though the end of your life may be near, it doesn’t mean you have to stop living. After being diagnosed in her early thirties with terminal breast cancer, Heather McManamy felt like her life was crumbling. Her “normal” vanished—and was replaced with multiple surgeries and dozens of chemo treatments that could briefly extend her life, but would not prevent her inevitable death. With an effervescent spirit and a new perspective, Heather started to live each day as if it were her last. She also pondered her daughter’s future journey without her mother—and gracefully prepared for it.”

“Heather began to write greeting cards to Brianna. Cards for her first day of school, her sixteenth birthday, her wedding day. Cards for when things were going right and when they were going wrong. Cards for when Brianna would need her mother—whether in five years or in fifty years-and Heather wouldn’t be able to be there for her. Cards for Brianna is the story of one mother’s powerful love for her young daughter and Heather’s unmatched experiences, laced with laughter and charm, are a reminder to never take a single day for granted.”