Is Netflix’s Notre-Dame Based on a True Story? 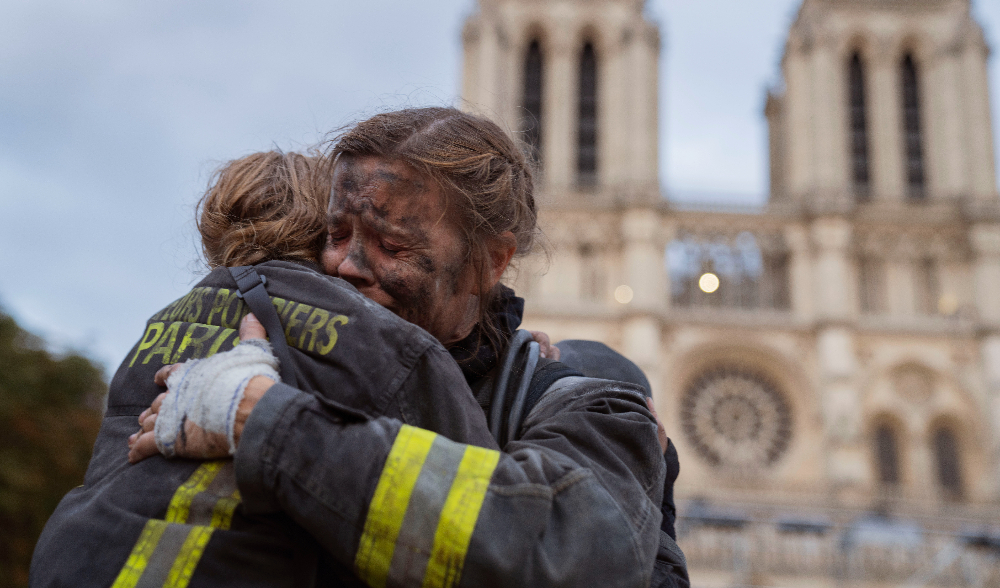 With Netflix’s ‘Notre-Dame, la Part du Feu’ (or ‘Notre-Dame, the Fire Part’) living up to its title in every way imaginable, we get a complete insight into the sheer significance of the cathedral. That’s because this six-part original is not only set during the evening the distinguished gothic monument burned but also charts the tragedy’s sheer impact on the diverse, Parisian community. But for now, if you just wish to learn precisely how much of this French drama’s intricate narrative is inspired by real-life events, people, or situations, we’ve got all the necessary details for you.

Is Notre-Dame a True Story?

Notre-Dame is partially based on a true story, especially considering the fact it stems from a comprehensive partnership with the Paris Fire Brigade and renowned journalist Romain Gubert. After all, its core inspiration is the latter’s 2019 book ‘La Nuit de Notre-Dame’ (or ‘The Night of Notre Dame’), which in itself is a record of the firefighters who served tirelessly on April 15, 2019. That’s the day a flame broke out — possibly owing to an electrical short — right below the roof of the religious as well as the cultural landmark at roughly 6:30 pm, threatening to engulf the entire place.

The truth is the first batch of emergency personnel had responded to the scene almost immediately, just like the show indicates, yet it wasn’t enough because the blaze was simply that intense. Over 400 men and women alike thus voluntarily risked their lives to ensure the matter would soon get under control — thankfully, though there were no casualties at all. There were several scares, the temperature within the cathedral did go as high as 800° Celcius, and the firefighters even had to extract water directly from the River Seine, but there were no life casualties.

We should also mention that most of the extinguishing was actually done from the ground rather than from high above since there was this genuine fear of further damaging the overall structure. The building’s incredible spire did ultimately collapse, yet after a total of 15 hours — on the morning of April 16, 2019 — the fire was declared completely doused with no extensive body damage. That’s why it is believed Notre-Dame will be restored to its former incredible glory by 2024; plus, there were indeed a few small areas that suffered little to no heat or fire wear and tear.

Coming to the reason we used “partially” a true story above is that the characters are imagined — they are definitely inspired by the actions of real people, but they’re not entirely based upon them. “[This series is] totally romantic,” director Hervé Hadmar recently said. “One could almost say melodic at times, which is totally assumed. I was interested in going into it and being with characters who experienced things that night.”

This is why he looked at actual photos for the fateful 2019 evening before choosing his final characters and “turned the camera 180 degrees towards all these people. With my co-writer, we tried to imagine their lives. So we made a list of 20 to 25 different characters. In the end, we didn’t have any, retained only six or seven.”

Hervé Hadmar also expressed, “The Notre-Dame fire, for me, is one of those events that can bring us together. They say something about our time and I assumed that we all had an inner fire to put out. Our- Lady who burns, it’s a bit of a symbol of our society which also burns.”