Is Netflix’s Reign Supreme Based on a True Story? 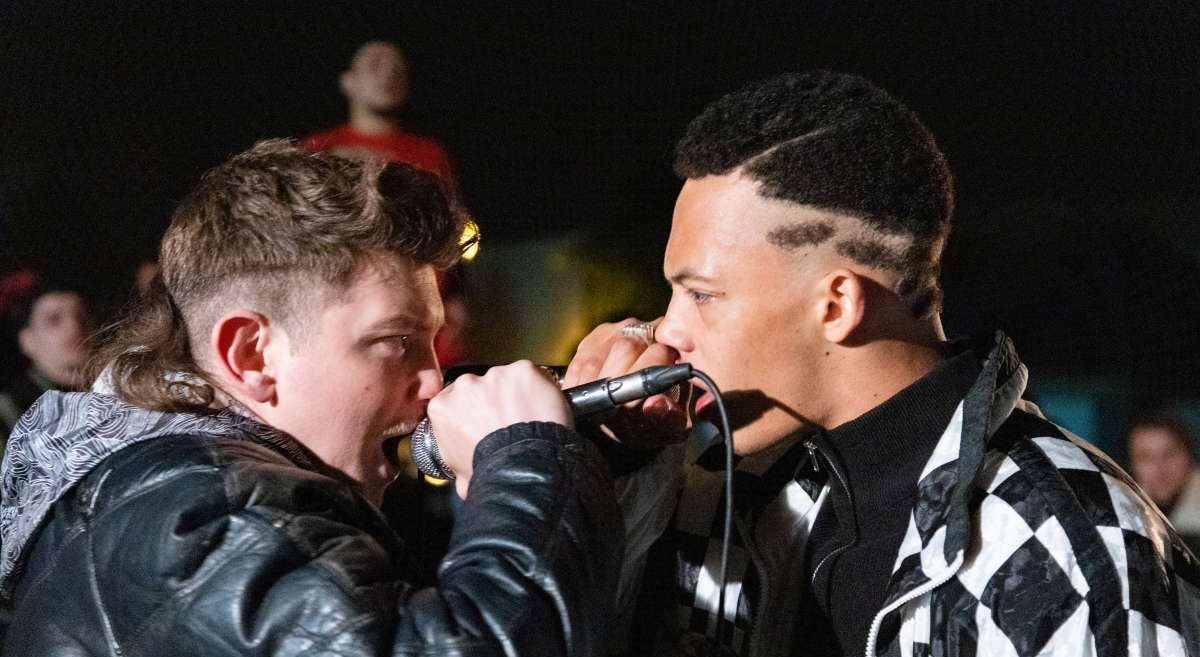 Created by Hélier Cisterne, David Elkaïm, Vincent Poymiro, Katell Quillévéré, and Laurent Rigoulet, Netflix’s ‘Reign Supreme,’ AKA ‘Le Monde de Demain,’ is a French series. Set in the 1980s, the show follows the rise of NTM, a band that helped usher in the era of hip-hop in France. Viewers also get a glimpse into the life of DJ Dee Nasty and how he rose to fame. As the younger generation seeks recognition and progress, these artists become a medium to voice their demands.

Starring Anthony Bajon, Melvin Boomer, Andranic Manet, and Victor Bonnel, the series allows the viewers to know more about one of the crucial transformative eras in French musical history. The show also talks about the various issues plaguing the country during that time and how the musicians gave voice to underrepresented communities. Given the realistic depiction of French society and the depictions of well-known French artists, fans are eager to know if the Netflix drama is rooted in reality. If you have similar questions, let’s explore the answers together!

Is Reign Supreme a True Story?

Yes, ‘Reign Supreme’ is based on a true story. In fact, the series tells the stories of actual artists that rose to fame in the 1980s and the early 1990s. Their contributions to France’s music industry helped usher in a new era. The show mainly follows JoeyStarr (Didier Morville) and Kool Shen (Bruno Lopes), members of Suprême NTM, or NTM. Their music was often meant to address issues plaguing the country and voice the thoughts of minority groups. Needless to say, the duo had their fair share of controversies.

NTM became a public figure in France’s music industry in 1989 when they were first heard on the radio. Their name is an acronym of the French slang “N***e Ta Mère,” which served as a reflection of how the duo’s views about society’s restrictions. Established in Seine-Saint-Denis., France, the musical group used politically-conscious lyrics to talk about issues like police brutality, racist legislation, and youth violence. This also led them into multiple conflicts with the authorities, though their fans loved them even more for it. Interestingly, the French name of the Netflix show ‘Le Monde de Demain’ is actually taken from NTM’s eponymous 1991 song that translates to “The World of Tomorrow.”

Though NTM’s music was mainly in the hardcore rap genre, they also took inspiration from other music forms like funk, soul, and reggae. After releasing 6 albums, the two music giants separated ways and started working on their projects and businesses, though they would not be able to recreate the amount of fame and praise they had enjoyed while together. In 2008, JoeyStarr and Kool Shen reunited to give three live performances in Bercy, a neighborhood in Paris, France.

Another musical giant that can be seen in the show is none other than Daniel Bigeault, who became famous as DJ Dee Nasty. The artist started his career in 1981 and soon became a respected figure in the hip-hop industry across the globe. He even won the DMC Championships of France from 1986 to 1988 and gained fame due to his participation in the 1987 DMC World DJ Championships. More than anything, Dee Nasty is known for producing the first-ever hip-hop record that was created entirely in France. The release of “Paname City Rappin'” in 1984 was a momentous milestone in France’s musical history.

Netflix’s ‘Reign Supreme’ is a biographical tale of NTM and DJ Dee Nasty. The show is an homage to their contribution to France’s music and features several other popular artists. Like most forms of art, their music was also a reflection of the society they grew up in and became a medium to voice their concerns. As their ideas aligned with the masses, their fame grew by leaps and bounds.