Is Netflix’s She Based on a True Story?

‘She’ follows the story of a young female police constable who goes undercover on a treacherous mission. When mild-mannered Bhumi (Aditi Sudhir Pohankar) has to disguise herself as a prostitute in order to snare a notorious drug dealer named Sasya (Vijay Varma), a new side of her emerges. The young police spy begins to learn the potential of her own sexuality and how she can use it to her advantage.

Set in the grimy labyrinthine underbelly of Mumbai, the Indian show attempts to depict a realistic, seemingly unfiltered slice of the metropolis. Many of the characters seen in the show could easily have real-life counterparts who inspired it. Let’s take a look at whether ‘She’ is based on a true story.

Is She a True Story?

No, ‘She’ is not based on a true story. The show was written by Imtiaz Ali, who collaborated with screenwriter Divya Johri on the script. During the writing process of the script, Imtiaz also conferred with his collaborator and brother Arif Ali, who directed the series along with Avinash Das. The show’s story centers around Bhumi, and Imtiaz stated in an interview how he let the character lead the way in telling the story. 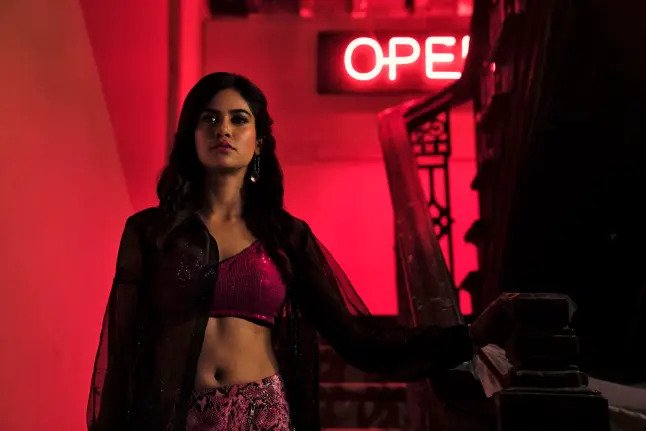 Thus, much of the show’s writing process seemingly involved Imtiaz following Bhumi’s character and letting it evolve organically. This is also the case for season 2 of the series, which continues Bhumi’s journey. The writer stated that there was a lot that he wanted to say in season 2 and that he has tried to imbibe that into his narrative. He also mentioned how the second season of a show is crucial and can sometimes leave audiences disappointed, which is something he kept in mind while writing the second season of ‘She.’

Through its fictional characters and storyline, the show attempts to combine the themes of female sexuality with crime thriller tropes. At the start, Bhumi’s life is fittingly unpleasant, with an ailing mother, a belligerent and abusive husband, and colleagues that are appallingly insensitive. Circumstances develop that push the central character past her breaking point and start her transformation into a new, empowered version of herself.

In addition to the protagonist, the show’s setting also plays an important role in the narrative. The writers and directors attempt to capture Mumbai’s well-known underbelly on the show and make an authentic recreation of the narrow lanes and other parts of the city that are generally hidden from view. Imtiaz also stated how he was excited to be basing one of his stories in Mumbai once more.

Thus, ‘She’ is an unquestionably fictional show that focuses on its central character’s journey. Penned by experienced writers and filmmakers, the story feels sufficiently authentic while also taking enough dramatic license to imbibe some entertaining and hard-hitting moments to move the story along.