Is Netflix’s The Father Who Moves Mountains Based on a True Story?

As the film’s name suggests, ‘The Father Who Moves Mountains’ or ‘Tata muta muntii’ revolves around a father who will go to any length to find his missing son. Mircea Jianu (Adrian Titieni) is a former intelligence officer who is wealthy and has access to government resources because of his work. On the threshold of beginning a new life with his much younger partner and their soon-to-be-born child, Mircea learns that Cosmin, his son with his ex-wife Paula, has gone missing while trekking in the Bucegi Mountains. He immediately drops everything in his life and rushes to the scene.

As the film progresses, the audience learns that Mircea’s sense of guilt for abandoning Paula and Cosmin is the reason behind his actions. As the days pass without any positive news, that guilt devolves into obsession. He contacts his former colleagues, and they subsequently arrive with state-of-the-art equipment to help him find his son. If the film’s sensitive and yet realistic depiction of Mircea’s desperate search for his missing son has made you wonder whether real-life events have inspired it, this is what you need to know.

Is the Father Who Moves Mountains Based on a True Story?

Yes, ‘The Father Who Moves Mountains’ is based on a true story. Writer-director Daniel Sandu reportedly developed the film from a story he saw on the news in 2009. He was amazed by the sheer resilience of the parents whose child had gone missing. Mountain accidents happen every year. They are terrible tragedies, but what drew Sandu’s attention to the story was the father’s response to his son’s disappearance in the mountains. Like Mircea, this real-life individual appeared to be an affluent man and seemingly utilized that privilege to find his son. 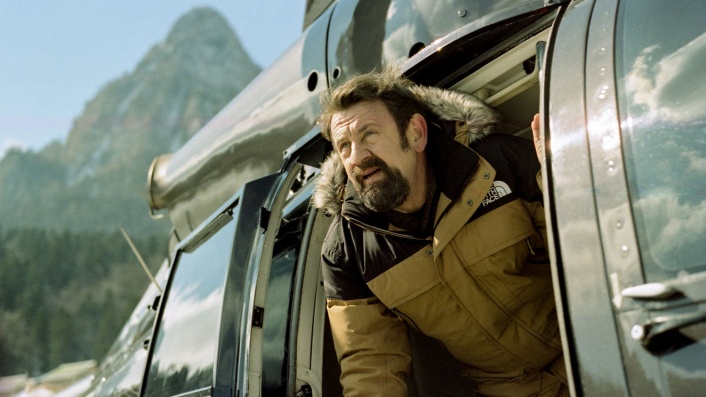 However, the more he tried, the more inaccessible the mountains became, as if nature was responding to the father’s challenge. The story remained an important news topic for a while, but the media started to lose interest as there was no significant development. But that wasn’t the case with Sandu, who was still very much invested in knowing the eventual outcome of the incident. He continued to follow the story on the internet.

At the time, Sandu had no idea that he would eventually make a film inspired by the incident. But in 2013, when he was trying to develop a realistic anti-hero, he remembered that affluent father from years earlier. While working on the project, Sandu channeled the emotions he felt as he was watching that unprecedented mobilization of people in a moment of crisis.

An audience member can justifiably feel that it’s hard to cheer for the protagonist, despite his son being missing. Mircea is not the most likable character. But as he keeps saying to the others throughout the film, if their children were missing and they had the access that he has, they would have done the same thing as him. The lives of their own children would take precedence; it wouldn’t matter for how long they were missing and how it would be more sensible to allocate some of the resources for others.

According to Sandu, a person should not be judged for how they respond to a situation like this as it fundamentally changes a person’s scale of values. It’s incredibly convenient for an outsider to be objective, but when someone you know and love is in danger, the concept of objectivity ceases to exist. In an interview, Sandu stated that he left it to the audience to decide whether Mircea’s actions were justifiable. Clearly, Sandu was deeply moved by the 2009 incident and used it as an inspiration for ‘The Father Who Moves Mountains.’