Is Netflix’s The Swimmers Based on a True Story? 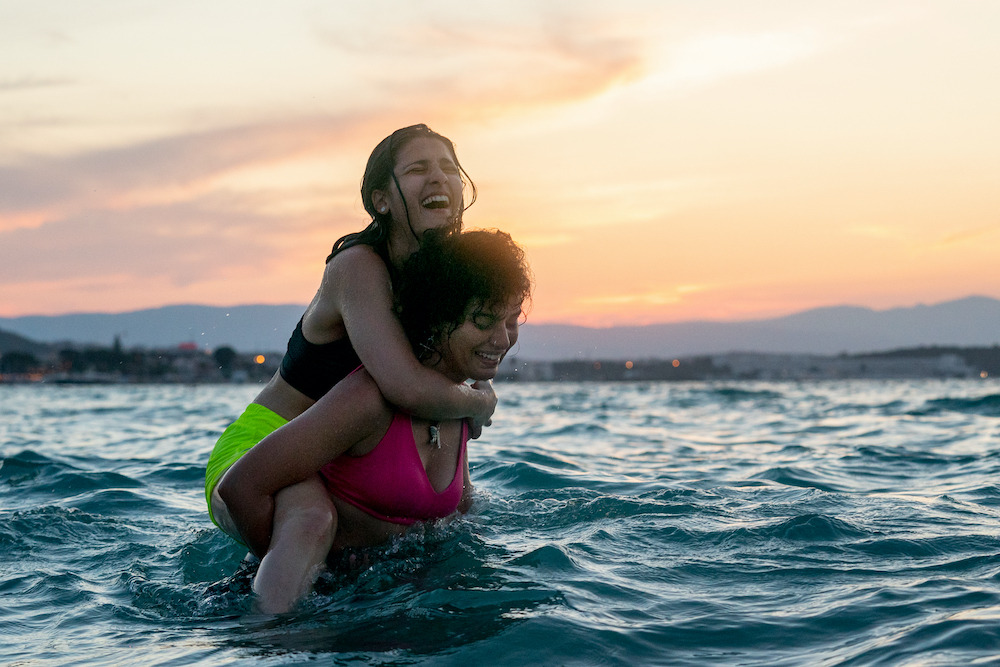 Netflix’s ‘The Swimmers’ follows the inspiring story of two sisters, Yusra and Sara who are forced to leave their home in Syria. Leaving their family behind, they take a trying journey to Europe, one that comes with many hurdles and life-threatening challenges. Still, in the face of all odds, the sisters show incredible strength of body and spirit. From a screenplay written by Sally El Hosaini and Jack Thorne, it is a heroic tale that inspires the audience not to give up even in the worst of times. If the nature of events makes you wonder whether the sisters really braved such harrowing situations, then here’s what you should know about the film.

Is The Swimmers a True Story?

Yes, ‘The Swimmers’ is based on the true story of sisters Yusra and Sara Mardini. Trained from childhood by their father, the girls dreamed of becoming Olympic swimmers. However, in 2015, after Syria was plunged into war, they had to flee their home and find a safe haven in Germany. The film focuses on their daunting journey, especially on the part where they had to tow a sinking dingy for around three and a half hours to save the lives of eighteen other passengers.

Talking to Vogue about her experience, Yusra Mardini explained that they had no other option but to keep swimming. “We used our legs and one arm each—we held the rope with the other and kicked and kicked. Waves kept coming and hitting me in the eye. That was the hardest part—the stinging of the salt water. But what were we going to do? Let everyone drown? We were pulling and swimming for their lives,” she said.

The sisters eventually went different ways when they finally arrived in Germany and had the chance to pursue their goals. They were offered to bring their story on the screen by many filmmakers, but finally, the responsibility to bring it alive on the screen landed on the shoulders of Sally El Hosaini. The director was reminded of her own childhood, growing up in Cairo, and felt a connection with the Mardini sisters, which convinced her to take on the project and make it as realistic as possible. To ensure that their experience was realistically portrayed on the screen, Yusra and Sara were involved in the project from the beginning.

Authenticity was the most important thing for the filmmakers and to show that both on and off the screen, they cast a lot of refugees as actors as well as behind-the-scenes staff, all of whom “helped to make sure that [the filmmakers] were telling the story the right way”. Apart from the journey itself, Hosaini also made sure that the Arabic part of the dialogues sounded realistic and had the correct slang and dialect. “When we translated the Arabic portions of the script, we made sure that it was done by not just someone from Syria, but with someone from Damascus – and the same age as Yusra and Sara,” she said.

Hosaini also wanted to expand the scope of the story to the lives and experiences of other refugees. “As inspirational as Yusra and Sara’s story is – they are the 1% – and we also wanted to represent the 99% of refugees that don’t have that happy ending or that outcome,” she added. For that, they had to make some changes to the story. There were small details in the lives of the Mardini sisters that were tweaked. For example, the girls were accompanied by two cousins on the journey, but the film blends both of them into a single character, Nizar. “There were times when fictionalizations were made – but they were always made to allow us to honor the larger refugee story rather than just the story of Yusra and Sara,” the director said.

With all the heart and soul that the cast and crew have put into making ‘The Swimmers’, Hosaini wishes that the viewers find the movie both inspirational and entertaining. She hopes that “they will reflect upon what it means to be a refugee and that they will realize and remember that refugees are regular and normal people, just like you and me.”

Read More: Where was Netflix’s The Swimmers Filmed?