Where was Netflix’s The Swimmers Filmed? 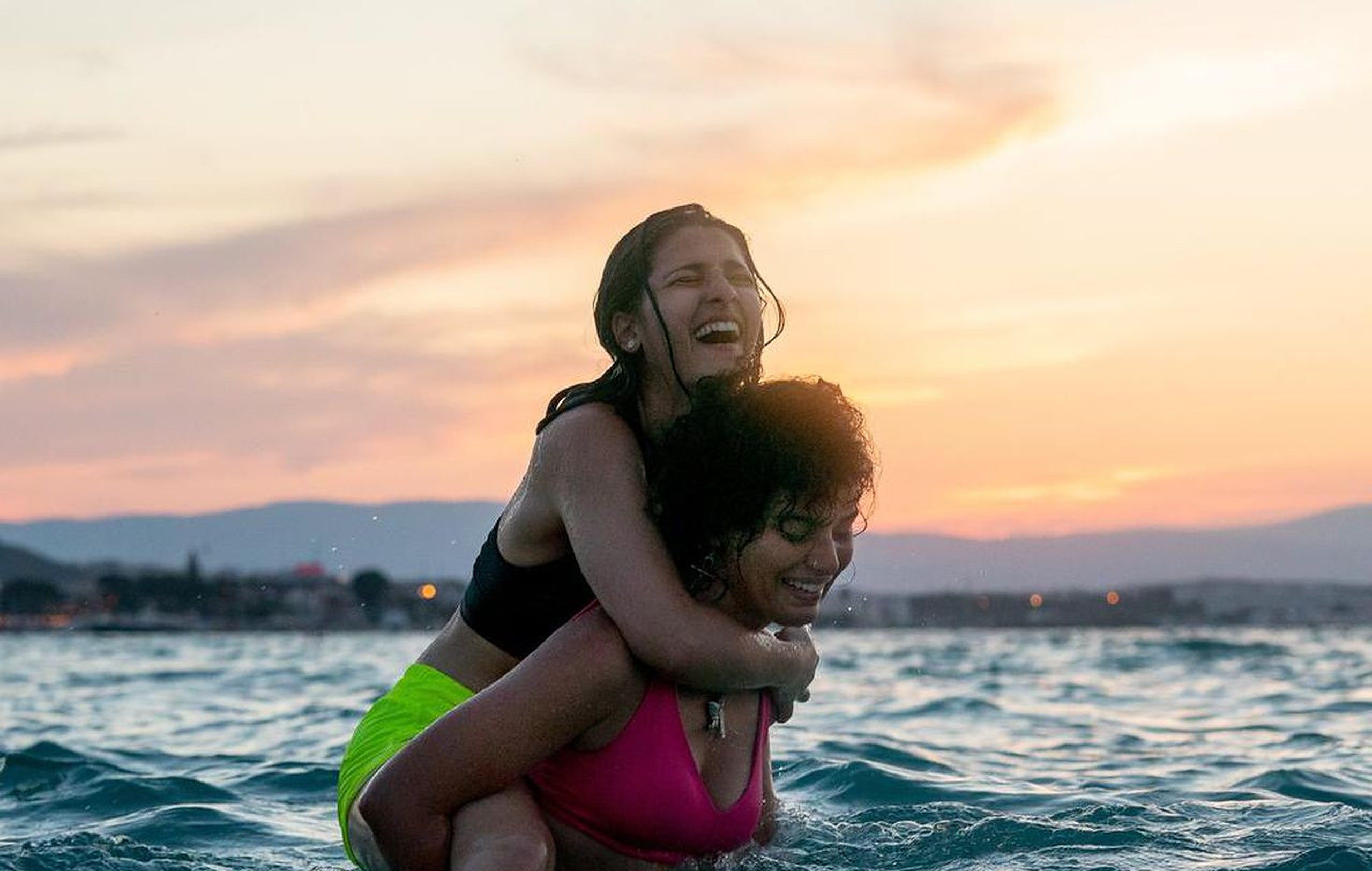 Netflix’s ‘The Swimmers’ is a biographical drama movie based on the incredible true story of two sisters who survive all odds to achieve their dreams. Directed by Sally El Hosaini, it follows Yusra and Sara Mardini, two Syrian siblings and aspiring swimmers, whose house gets destroyed in the civil war. Forced to flee their homeland, they arrive in Turkey and board a dinghy with eighteen other refugees to escape into Greece. However, when the engine malfunctions in the middle of the sea, Sara and Yusra team up with two other passengers to save everyone and reach land.

Just a year after surviving this harrowing incident and saving many lives, Yusra sets out to fulfill her dream of participating in the Olympics. A tale of grit, courage, and sheer willpower, the movie authentically portrays the plight of refugees as well as the courageous experiences of the Mardini sisters. Apart from captivating the audience with its inspiring narrative and powerful cast performances, it makes them curious about the realistic marine locations and foreign countries in the backdrop. Now, if even you wish to know more about where all ‘The Swimmers’ was lensed, let’s find out, shall we?

‘The Swimmers’ was filmed all over Turkey, Belgium, England, Greece, Brazil, Germany, and Syria, specifically in Istanbul, Aegean Region, Brussels, London, Lesbos, Rio de Janeiro, Berlin, and Damascus. Principal photography for the Netflix movie was supposed to take place in the summer of 2020 but was indefinitely suspended just four days before commencement due to the COVID-19 pandemic.

The project resumed in April 2021 and was likely wrapped up by the end of July of the same year. The makers chose to shoot several scenes on location to add a touch of realism to the sisters’ story. Without further ado, here is a closer look at all the places that appear in the biopic!

‘The Swimmers’ was primarily lensed across Istanbul, Turkey’s largest city and its economic, cultural, and historical hub. The scene depicting the national swimming competition in which Yusra and Sara participate was recorded at the ITU Olympic Swimming Pool in the Maslak district. Moreover, the filming unit taped various scenes against suitable backdrops in the city, including the beautiful mosques and monuments. Istanbul was founded in the 7th Century BCE and has several UNESCO World Heritage Sites, such as the Hippodrome of Constantine, Hagia Sophia, Topkapı Palace, and Süleymaniye Conservation Area.

Several scenes of the Netflix movie were shot on the beaches in the Aegean Region, particularly in the İzmir Province. For instance, the scene depicting the refugee boat arriving at Lesbos was taped at the Badem Bükü beach. In contrast, the production team utilized the Yeniliman Sahil beach for the open water sequences. The refugee boat launch shown in the movie was recreated at Karasu Beach near Kuşadası, a breezy resort town on the Aegean Coast in the Aydın Province.

Strict safety precautions were taken while filming the scenes mentioned above, with trained crew members always present to avoid mishaps. Not just that, the final scenes were recorded at the Grand Belish Hotel, 5 minutes away from Love Beach. As per reports, the entire portion chronicling the sea journey of the refugees was shot over a tight schedule in one week.

To shoot the underwater and storm sequences in ‘The Swimmers,’ the cast and crew traveled to Vilvoorde, a municipality in the Flemish province. They utilized the tanks at the Lites Water Stage and Film Studios at Fabriekstraat 81, 1800 Vilvoorde, around 14 kilometers from Brussels. The studio boasts the world’s most advanced interior water stage, two sizeable sound film stages, three small stages, and numerous other production spaces. 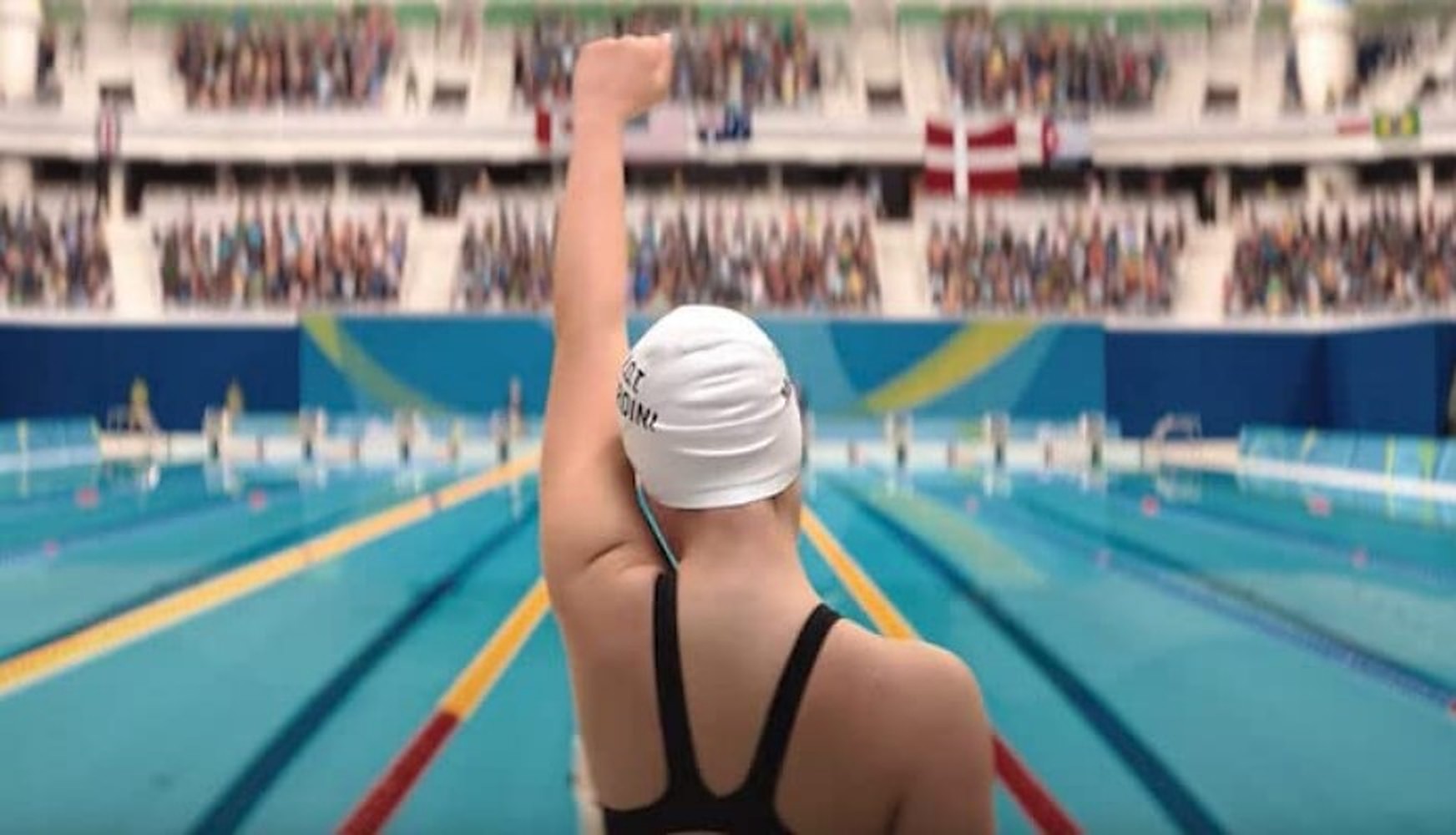 The 2016 Rio Olympics swimming events in which Yusra participates were recreated in London, the capital and the largest city of England and the United Kingdom. The team utilized the London Aquatics Center in the Queen Elizabeth Olympic Park in Stratford for shooting purposes. The indoor facility comprises two 50-meter swimming pools and one 25-meter diving pool and was one of the main venues for the 2012 Summer Olympics.

Pivotal portions of ‘The Swimmers’ were filmed on Lesbos, an island off the Turkish coast in the Aegean Sea. Numerous establishing shots were likely recorded on location to depict the refugees’ arrival and stay on the island. Lesbos is the third largest island in Greece and is a prominent tourist hotspot, given its breathtaking views and diverse flora and fauna.

The movie’s unit further traveled to Rio de Janeiro, a sprawling seaside city in southeast Brazil, to lens some establishing sequences and recreate the 2016 Olympics. Known for its beautiful beaches and vibrant culture, Rio de Janeiro is one of the most visited global destinations. Apart from the Sally El Hosaini directorial, ‘Fantastic Beasts: The Secrets of Dumbledore‘ was shot in the city.

The movie’s last few scenes were seemingly taped on location in Berlin, Germany’s capital and largest city. The populous metropolis is an important hub of history, culture, business, media, and education; it has hosted the production of hit movies like ‘Tár,’ ‘Uncharted,’ and ‘Inglourious Basterds.’

The cast and crew of ‘The Swimmers’ stopped in Damascus, Syria’s capital and the oldest capital worldwide. They recorded some vital scenes at one of the rooftop bars in the city. Furthermore, the team moved across the city to shoot different scenes on location. Damascus holds religious significance in Islam and is frequented by hundreds of visitors annually. It has a gorgeous mix of modern and ancient architecture, with many iconic landmarks and streets.