Is Netflix’s The Wonder Based on a True Story? 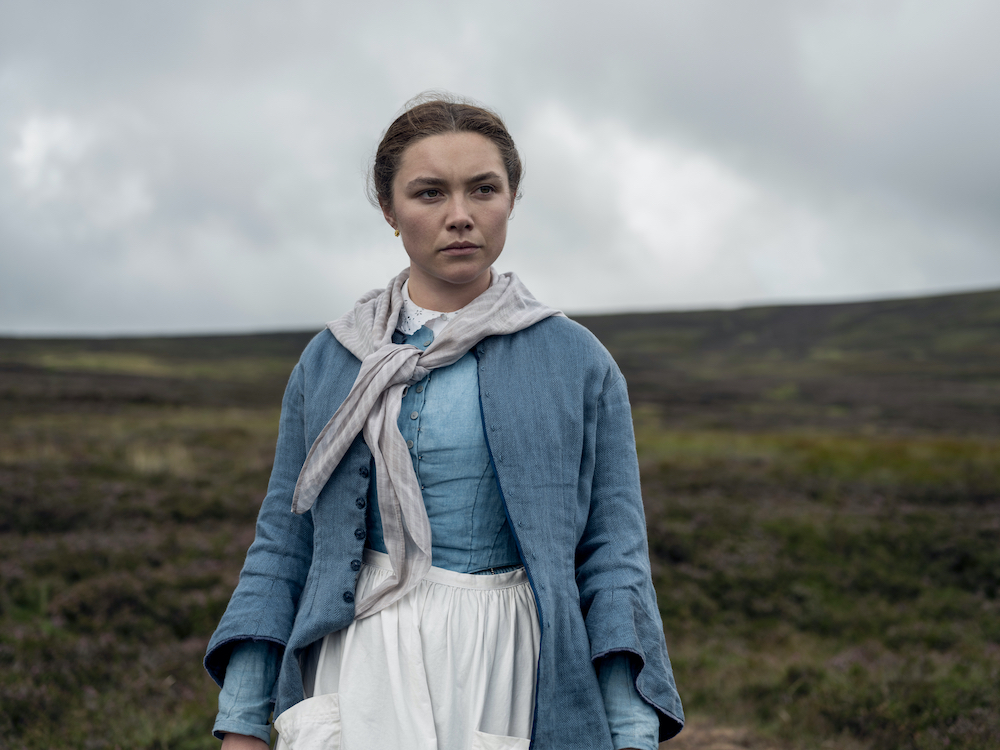 Netflix’s ‘The Wonder’ follows the story of Lib Wright, an English nurse who is sent to rural Ireland to watch over a young girl, Anna, who is said to have been living without food for four months. Anna’s case puzzles the doctors and the priests alike. Lib’s job is to figure out if Anna really has not eaten all this while. While she soon finds a logical explanation for Anna’s situation, it is the background of her family, her community, and her country as a whole that really comes into play in her decision to starve herself. Directed by Sebastián Lelio, ‘The Wonder’, with such deep and intimate issues at its core, shows a keen sense of connection to today’s world, even when it is a period drama. If you are wondering where the film gets this sense of realism, then here’s what you should know about it.

Is The Wonder a True Story?

‘The Wonder’ is based on the book of the same name by Emma Donoghue. While the novel is not based on the story of a specific person, it is inspired by the real events that sporadically stretched from the 16th to the 20th century. Donoghue, who co-wrote the script for the film with Sebastián Lelio and Alice Birch, came across the phenomenon of “fasting girls” in the mid-1990s. These were the girls, completely unrelated to each other, who came into the spotlight after claiming to have the ability to live without food over indefinite periods of time.

While now they are considered to be the early cases of severe anorexia, the climate of that time gave a religious and mystical air to their act. Much like we see in the film, once such a girl would become minorly famous, she’d be put under surveillance to find out if she’s the real deal or a hoax. A lot of them were revealed to be frauds and faced time in prison. Others ended up in a hospital, as suggested by Lib Wright in the film, and were forced to feed. And then there were the ones that starved to death.

Donoghue was “instantly intrigued” by this chapter in history. “It seemed to echo medieval saints starving as an act of penance, and also modern anorexics, but weren’t exactly the same as either. In researching the novel I looked at almost fifty of them, which ranged from Ireland and Britain to Western Europe, to the USA and Canada, from the 1500s right through to the 1900s. I find it fascinating and troubling that this cultural fantasy has kept recurring, century after century: a girl so pure that she rises above all the low demands of the flesh,” said the author.

With so many stories with such diverse elements at play, Donoghue decided to take a fictional approach to write ‘The Wonder’, rather than base it on one girl. This would allow her to explore all facets of such a case, from the religious and political climate to the household environment of the girl and how her family plays a part in the story. This was also a great opportunity for her to explore the psyche of the girls, focusing on the question: “what is it that makes an idealistic young person sign up to a system that may destroy them?” Presenting the story from the perspective of an outsider also helped enhance the thriller facet of such situations, turning the protagonist into a detective who has to solve the case before the victim dies.

‘The Wonder’ is a mix of many stories but the one that it feels particularly close to is Sarah Jacob. The 11-12 years old Welsh girl is said to have gone without food for a better part of two years. As her story broke, people started to believe in a higher power inside the girl and she started receiving visits from people who would often leave little gifts or money for her and the family. Eventually, her story was covered in a medical journal, which prompted the medical community to take a look at her. Six nurses were assigned to watch her at all times. Almost a week later, the girl died of starvation. Later, her parents were convicted of manslaughter.

We see a lot of elements of Sarah’s story in Anna’s, but a look at the lives of other fasting girls dictates that almost all of them had similar stories when stripped to the basics. Donoghue wanted to explore all of that through her novel, which she considers very personal to herself. “It’s all about a relationship – one long, thoughtful, tender conversation – between a woman and a girl,” she said. She brought her own perspective as a mother to the story, something that emerges in the contrasting beliefs of Anna’s mother and Lib Wright on what’s best for the girl. With all this in mind, it is clear that the story, even though fictional, does not stray far from reality.

Read More: Where Was Netflix’s The Wonder Filmed?